It’s a little game of musical chairs that we’ve been attending for the past year. As a great designer recently told me in a joke, “to move up in rank with a manufacturer, you have to wait for the design director to leave. Or die !” A set of musical chairs that benefits Karim Habib, ex-BMW and ex-Infiniti. He has just taken over the design direction of the Kia brand and will report to Luc Donckerwolke who is responsible for the design of the Hyundai-Kia group, a position previously held by Peter Schreyer (below). A look back at the past year….

A year ago, Luc Donckerwolke (Hyundai-Kia design) wanted to place one of the newly appointed designers, Pierre Leclercq, ex-BMW (below), at the head of the Kia brand’s style. But as he was about to take up his new responsibilities in Korea, he was called by Citroën, following the departure – at the end of 2018 – of Alexandre Malval, then design director of the French brand. Pierre Leclercq has therefore decided to take over the direction of Citroën design in France.

Luc Donckerwolke has therefore set out to hunt down another size in this difficult exercise of managing a team and respecting the DNA of a new brand… Thus Karim Habib (below), once the position left vacant by Leclercq, was able to leave Infiniti and join Luc Donckerwolke’s team in Korea. Compared to his previous position where he was under the responsibility of Alfonso Albaisa, this time he is directly responsible for the design of the Kia brand. He is therefore rising in rank…. Without “nobody being dead“, it’s pretty cool !

Discreet, Karim Habib has reached a level of responsibility both thanks to this pretty musical chair trick, but also and above all by a mental strength and an everyday work. He himself pushed the doors of his destiny by sometimes taking serious risks. Today, he is the head of Kia design (for the whole world…) within the Hyundai-Kia Group.

A look back at this designer’s career path, made up of ups and downs (very few)…. Born in Beirut, Lebanon in 1970, Karim Antoine Habib will be shared between France and Greece during his time in primary schools. His family joined Canada in 1980. He was twelve years old and stayed there until university, where he took mechanical engineering courses at McGill’s school.

Like many designers of his generation, he moved to Vevey, Switzerland, at the Art Center, before finishing his studies at the same school, but at the head office in Passadena, California. In 1997, after school, he stayed in California and joined BMW’s Designworks for a short year, before crossing the Atlantic and settling in Munich, still at BMW where he stayed until 2007. He then went to the competitor – a crime of majesty – Mercedes, where he immersed himself in the world of avant-garde concept studies, with in particular the F 700 concept below.

In 2011, he returned to his roots at BMW, where he designed the CS concept. In 2012, he took the lead in the design of the BMW brand. He stayed there for five years, before daring to escape a well-established hierarchy, notably with Adrian Van Hooydonk, the great director of design for the BMW group (BMW, Mini, Rolls-Royce). The bet is risky and its departure is part of a movement that will empty BMW of some of its sizes, such as Benoît Jacob (below), head of design projects for the BMW i range and author of the i8 in particular. But when Karim Habib leaves BMW, we don’t know if it is – like some of his colleagues – for China that he is packing his bags…

Karim Habib chose Japan instead, to settle in Atsugi, near Yokohama. On July 1, 2017, he opened the doors of the design center of Infiniti, the premium brand of the Renault-Nissan Alliance. There will still be time to design a few projects, including the Q-Inspiration (sedan) concept cars in 2018 and QX-Inspiration (SUV) in early 2019.

This period undoubtedly allows him to assert a management and control of the universe of “premium” brands, but he is not yet THE design manager of a brand because Karim Habib (framed in red below) remains under the responsibility of Alfonso Albaisa (orange rectangle below) at Infiniti. When Alexandre Malval announces on the other side of the world, in France, in the heart of the PSA Group’s design centre, that he is leaving the Citroën design department at the end of 2018, an astonishing butterfly effect will follow, directly affecting Karima Habib…

As we have seen, in Korea, within the design offices of the Hyundai Kia Group, Luc Donckerwolke took over the management of the group’s styles from Peter Schreyer in 2018. He plans to appoint a Belgian from BMW to the Kia design department: Pierre Leclercq. But we know that, while he was supposed to take over the position, Jean-Pierre Ploué and the PSA Group managers are poaching him to take over the reins of Citroën design. A position then became available as head of design at Kia monde. Design manager for an entire brand. A dream for Karim ?

Rather a logic in a journey where he has demonstrated his will and skills. His passion outweighs everything else, and he told us, when he was still at BMW, that he was very optimistic about the future: “Yes, our job as designers is to dream, to make people dream, to create the future. We need to explore new avenues. So with the arrival of autonomous cars, the interior design will change. New materials will influence aerodynamics. He will see a lot of work on weight, on costs; engineering and electric motors will change the architecture of cars…” In any case, here is a Korean brand – Kia – that has set up a hell of a leader who, when he was younger, was hesitating between automotive design and architecture. In particular, it will be able to rely on the excellent work carried out in Europe by the Kia Europe design team led by Gregory Guillaume in Frankfurt. 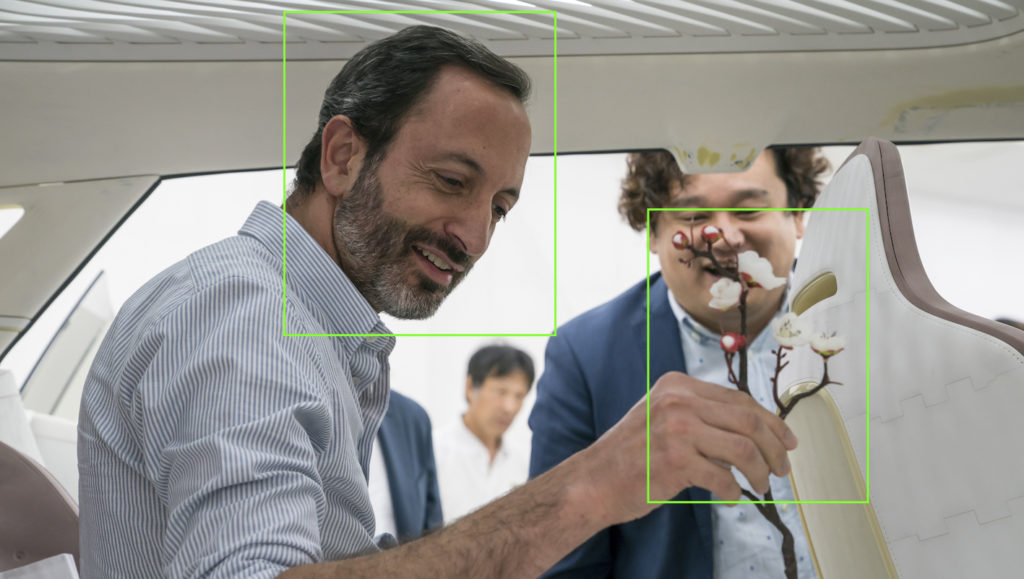