You discovered the ID.3 in the previous post and recognized it as a compact sedan with a monovolume style and a large window at the front.

Based on the VW group’s 100% electric vehicle platform, the MEB above, ID.3 is the first of a long series of VW, Seat and Skoda models that are expected to reach the market as early as 2020.

We can clearly see above in orange the location of the batteries housed under the floor on this SEM platform.

But an image of the development of the ID.3 project captured on 29 November 2017 is intriguing: it reveals the digital work done on the MEB platform for ID.3. This is then referred to as the “L SUV model” as shown above.

Does this mean that for VW, ID.3 is to be classified in the SUV universe? She doesn’t have the codes. On the contrary, they draw on the fundamentals of the minivan, which is no longer very popular. Strange? No, not really, since the switch to electric power has allowed VW to work a lot on the habitability of its ID.3. as we see above.

The design created on this new technological basis has at least the advantage of breaking some of the codes of the compact sedan with a design that hesitates between the minivan and the classic sedan. 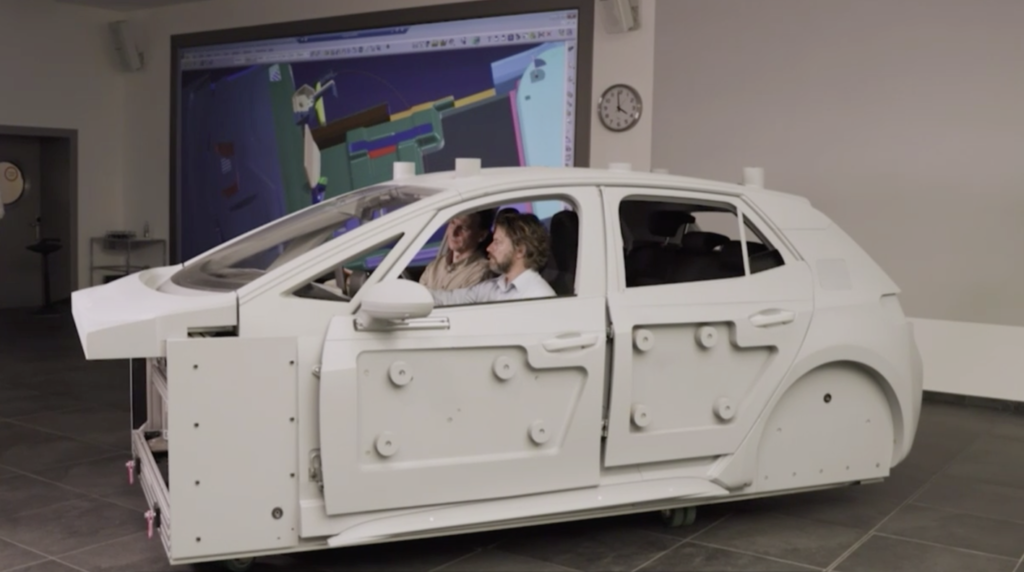