The people in charge at the time thought it would be a good idea to study a vehicle that would offer a complementary offer to this next rather statutory 403. At only 4.18 m in length, the Peugeot A7 unveiled here is a relatively compact sedan study, which can therefore effectively complement the Peugeot range from the late 1950s and early 1960s, alongside the 403. The style of this Peugeot A7 has its origins in the very heart of the Garenne’s design office, and it does not seem that the Pinin Farina carrozzeria has been consulted. Yet it was she who gave birth to the 403, the first Peugeot signed by the Italian master…

This A7 project features the theme of the new 403 with some much more baroque touches, such as the grille. Visibility seems to have been an important research focus with a rear window and a windshield generously projecting over the sides of the body. The wheelbase of 2.52 m is to be compared to the 2.58 m of the old 203 and the 2.66 m of the new 403. The architecture, more modern, and the new design, therefore seem to offer a much more livable sedan on a shorter wheelbase than that of the 203. The specifications have been respected and Peugeot is moving towards marketing a little sister to the 403. However, this will not be the case.

When the aging 203 left the scene in February 1960, it was not this A7 project that replaced her, but a stripped-down version of the great 403 : the 403-7. And three months later, in May 1960, the new Peugeot that appeared was not the expected compact sedan but the one that had been expected… 404, replacement for the 403 !

The A7 project has therefore been abandoned, Peugeot riding the wave of the Glorious Thirties to push its offer upwards and above all, with a model more capable of responding to a slender and modern Citroën DS born at the same time as the 403 with a very… solid style! It will take another five years for Peugeot to have a compact sedan, the 204-wheel drive and transverse engine. Somewhere, a modern descendant of this ancient A7.

BONUS 1: Since we are talking about the Peugeot 403 born in 1955, the first child of the Peugeot – Pininfarina saga, here are two silhouettes drawn at Peugeot à la Garenne: the “Familiale Taxi” version sketched in April 1953, two years before the sedan was launched and the “Hard Top” silhouette drawn on 13 July 1954, one year before the 403 was presented.

BONUS 2 : We read that the A7 project, which wanted to complete the Peugeot range from the bottom up, with a model smaller in size than the 1955 403, has given way to a more modern model and a larger size: the 404.

But then, what is this “AX” project above, dated October 1955, when the 403 had just been unveiled on the stand of the Paris Motor Show at the Grand Palais ? Its wheelbase of only 2.52 m is exactly the same as the A7 project and its size is almost identical… So in 1955, five years before the introduction of the 404, Peugeot had ingrained supporters of the more compact model to attack the 1960s in a more pragmatic way… 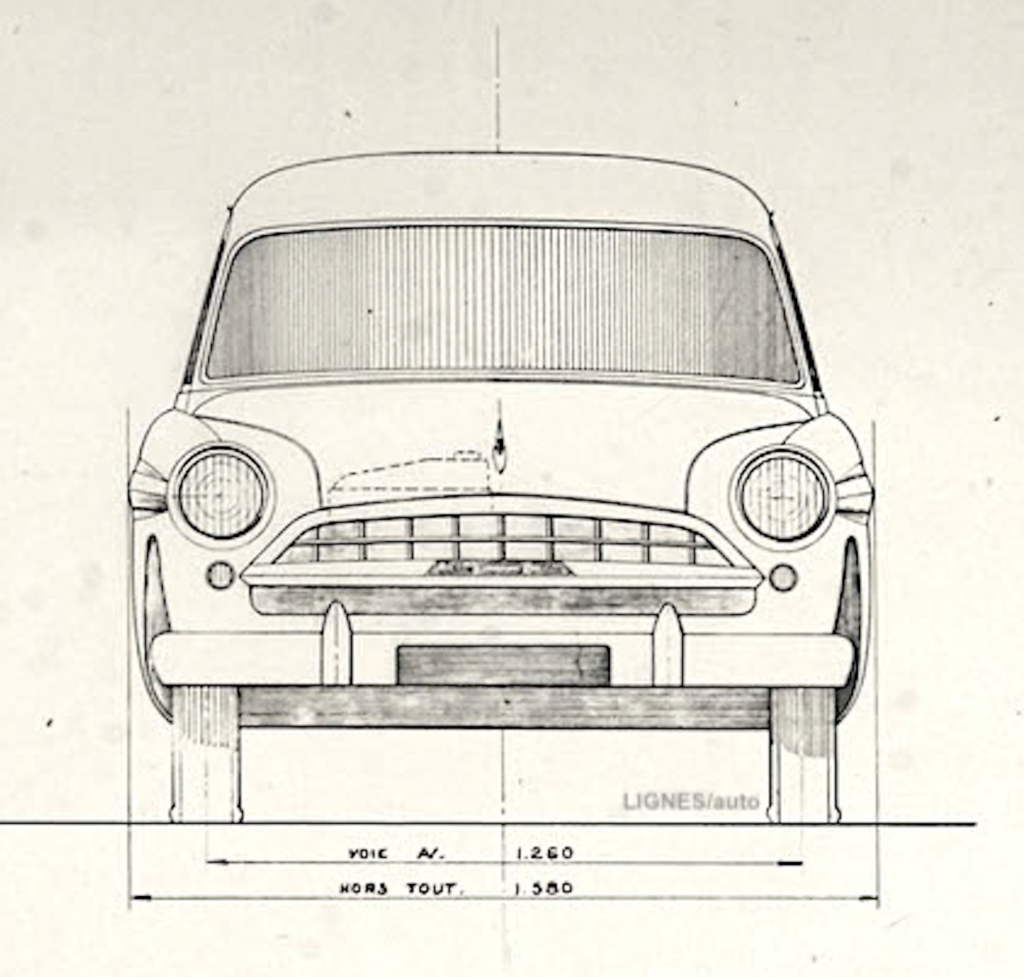