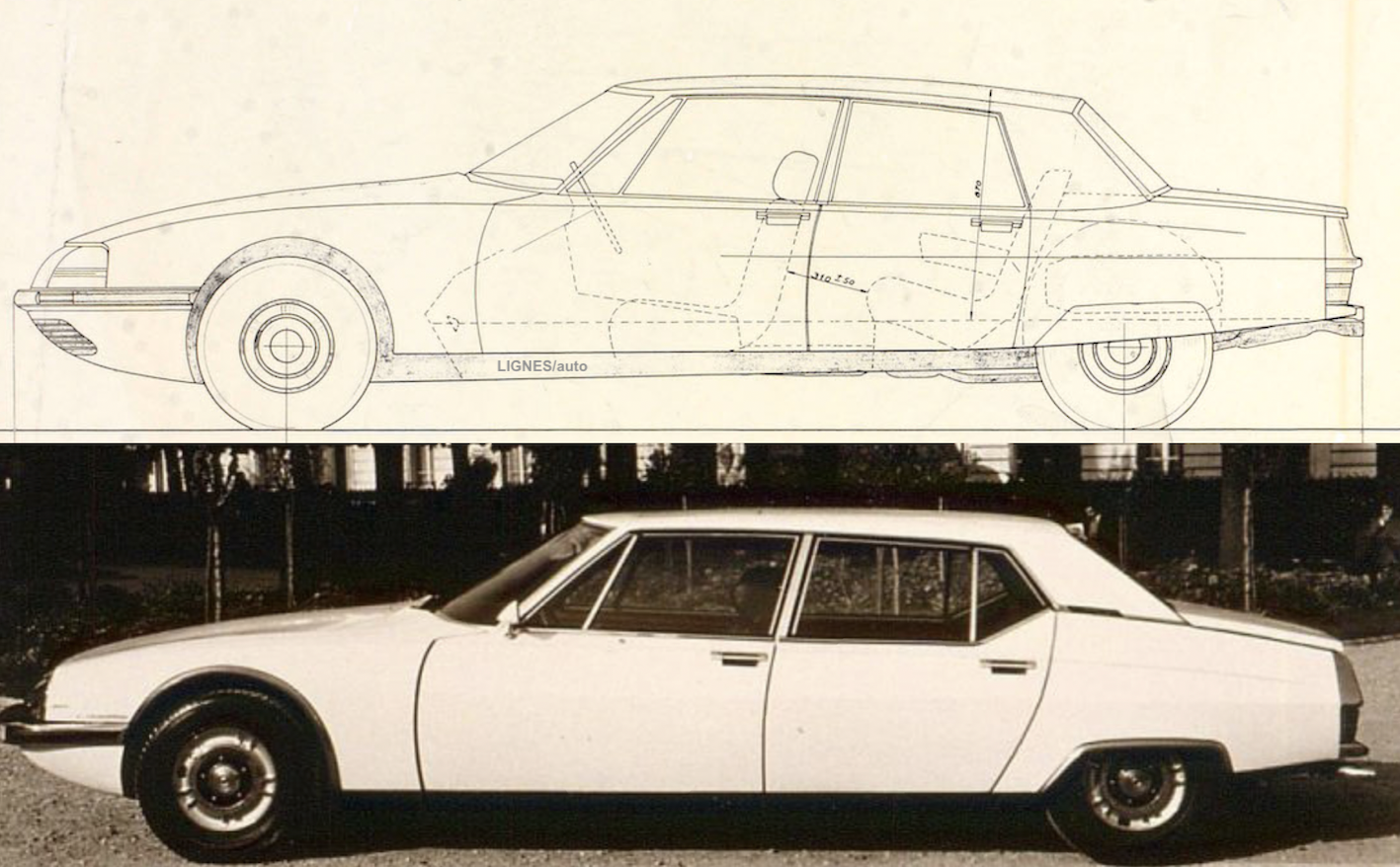 Chapron is inseparable from the history of the SM with the 1972 Opera four-door sedan. But we forgot that another more classic sedan had to be produced by the bodybuilder….

In 1970, in Citroën’s design offices, the project for a four-door SM sedan was taken to the full-scale model stage. At the same time, the specifications are entrusted to the carrozzeria Bertone, which wants to produce this silhouette in its Grugliasco plant in Turin. However, none of these studies are being carried out, because Citroën’s urgent task is to respond to a request from… the Elysée! A discoverable four-door SM (!) is to follow in the footsteps of General de Gaulle’s huge DS.

At Chapron, we are working on Robert Opron’s recommendations on this new presidential discovery, not to mention the Opera version. In the end, only eight Citroën SM Opera cars will leave the French bodybuilder’s workshops. But we found in the archives another 4-door “sedan” of the SM signed by the same French bodybuilder… It dates from 1970, two years before the Opera.

On the occasion of the SM’s 50th anniversary, it was worth recalling that Citroën’s dynamic and sumptuous “grandmother” had very well hidden grandchildren !