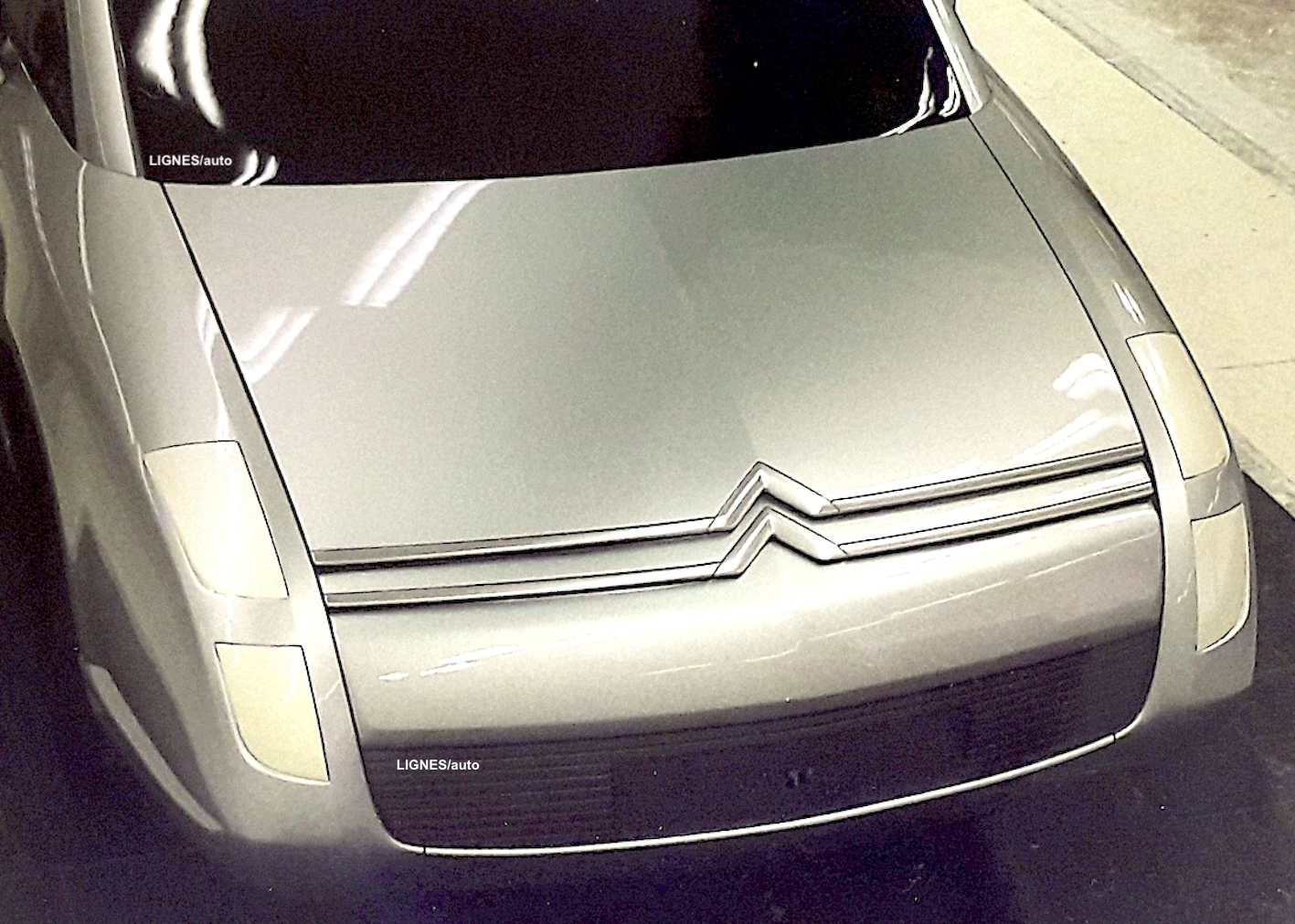 At the end of the 1990s, while Renault was working on its top-of-the-range VelSatis (it would arrive on the market in 2001), Citroën became aware of the project and began studying a statutory saloon, also based on the “high car” concept, to counter its rival. Here is its unpublished history.

Above, we are in 1998 : Renault’s centenary year. The manufacturer unveils the VelSatis concept car by designer Florian Thiercelin. This sleek, modern and impressively bold coupe adopts the new Renault identity. Patrick le Quément, head of Renault’s industrial design department, is keen to ensure that this identity is retained for the production programme scheduled for the year 2000. The latter can be seen as a clay model (on the right above) as early as 1998. The product management has strangely set its sights on a high car concept.

Above, we are in 1999, one year after the start of work on the VelSatis series. Citroën presents its C6 Lignage concept car, designed by Marc Pinson. It is a low saloon, heir to the CX and perfectly legitimate in the Citroën range. Studies to industrialize it are launched at the beginning of 2000. But the programme is put on hold for a year, in order to prioritise the future C4 .

Above, Citroën nevertheless continues the industrial development of its C6 saloon. However, in response to the new concept of the “volume car”, Citroën’s herringbone design is now looking at a “high” saloon whose proportions are totally different from those of the C6 : more vertical windscreen pillars, significantly higher, generous glazing. It’s a C6 with the genes of… Renault VelSatis !

It’s 2001 and Renault is continuing its development in the top end of the range, with the Avantime coupé and the VelSatis sedan (above). Its reception has been mixed, but the path it has taken has meant that it has not been able to take on German competitors head-on. Is it a complex of the French car industry ? No, rather this famous search for the differentiating concept !

Above, at the same time, Citroën is obviously not taking the matter lightly. A second 1:1 scale model of its “high” C6 saloon, whose bow adopts the identity and style of the (low) C6 saloon being industrialised, is realized. A three-panel side window is visible.

Above, we can clearly see that the low-rise C6 sedan (here the 1999 concept car) and the second model of the “high” sedan under study are concomitant in time. Their identities are similar but the concept of the “high” car is based on completely different proportions, less legitimate for a Citroën.

Above, here is the Renault VelSatis that Patrick le Quément would have liked to push further : a low sedan, the opposite of the VelSatis, with the concept of a high sedan. This model was not retained. For its part, Citroën abandons the project of its “high” C6 sedan, at the time when the C6 we know is marketed.

But for these two representatives of French-style prestige, neither the high saloon (VelSatis) nor the low saloon (C6) concept has been a success : 23,284 Citroën C6s produced, 62,201 Renault VelSatis manufactured. For the record, the Citroën XM sold 333,405 units and the Safrane 310,000… The end of the story !