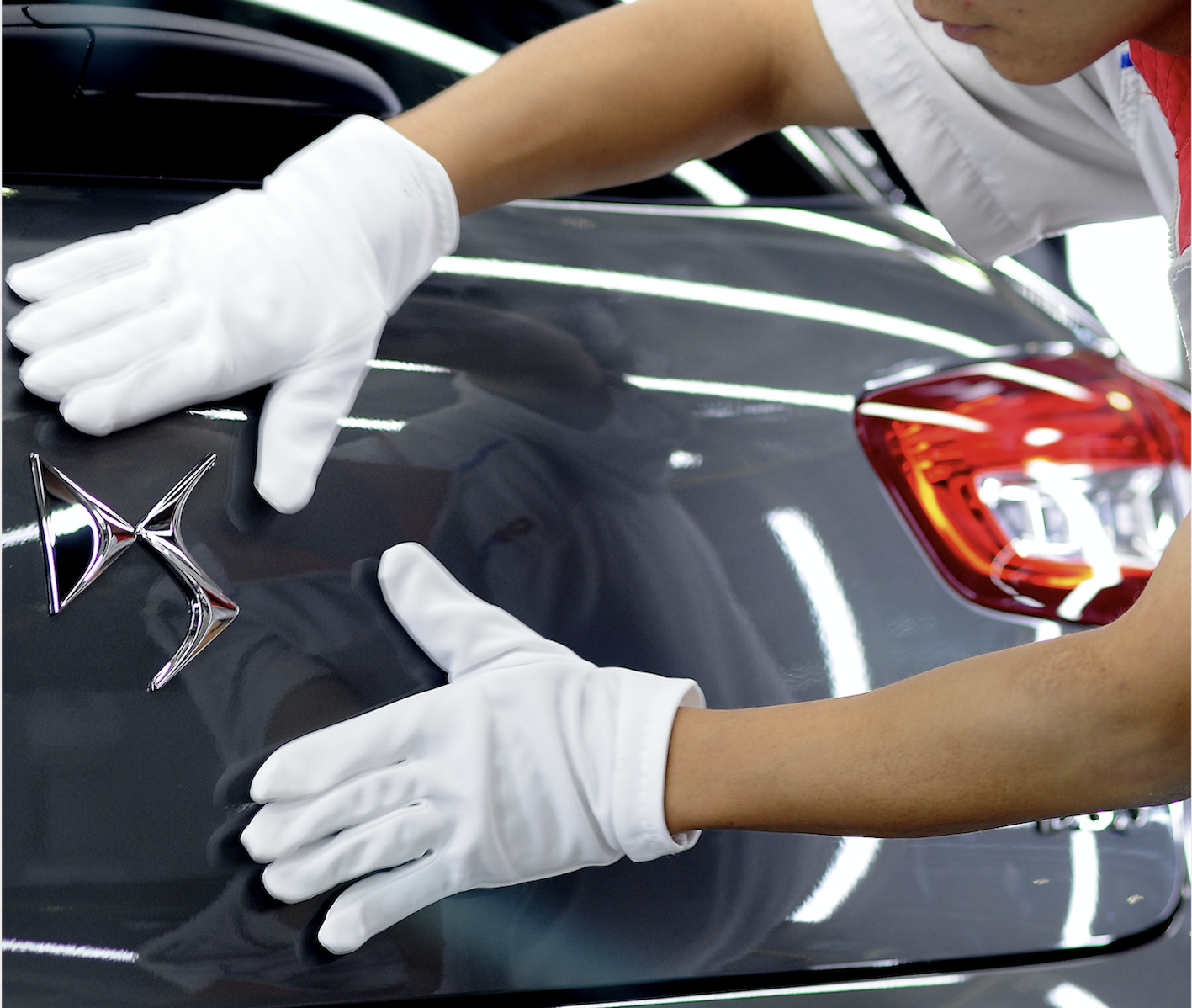 You guys ready for a little trip to China ? Oh, just through this paper, no need to wear a mask. The arrival of the DS9 sedan produced in Shenzhen, in a factory that has since been sold to the Chinese manufacturer Baoneng, deserves a look back at the true story of this young brand, born in 2014. It was supposed to take root in China, but Carlos Tavarès – PSA’s boss – had to save the big saloon just out of the maternity ward! To find out all about the birth of DS, read this survey.

We go back to the mid-2000s, when the three silhouettes of the “future” DS3, DS4 and DS5 were, for the time being, Citroëns. They are still secret and sculpted in the DNA (ADN) design office in Vélizy. They were born from the imagination (among others) of the new Citroën design director at the time, Jean-Pierre Ploué, and product manager Vincent Besson. In Vélizy, as at the head office, we still don’t talk about China for them, really not ! The first two were originally designed to renew the small Citroën C2 and C4 coupé. They are therefore financed within the group.

While the teams dedicated to the industrialization of these two new Citroën products are working hard, the team assigned to the concept cars unveiled a real bomb in September 2005: the Citroën C-Sportlounge, the child of a “coupé” father and a “minivan” mother. This lounge prototype imagines a car that does not exist in the Citroën range. Its success with the public, however, prompted management to imagine it as a potential replacement for the C5 saloon, which was to appear three years later.

That’s when a man will change everything and, indirectly, seal the fate of DS. On February 6, 2007, Christian Streiff (below) is appointed as head of the French group, replacing Jean-Martin Folz. The man is known for his hyper activity. Very quickly, he wanted to mark his territory with a new – and personal – car that would be in the boxes. Discovering the C-Sportlounge project, he addresses the men and women in the product plan and explains to them that it is this car that he wants to add to the plan. And not ten years from now. Now !

In fact, here is a Citroën product plan with three completely new cars for Europe: C3 three-door (future DS3), C4 SUV coupé (future DS4) and therefore, this C-Sportlounge UFO which will become the DS5. Citroën is racking its brains to find a name for these three new silhouettes. The unthinkable happens: it will be DS. When this name is created, it is only a question of naming a premium product line within the range.

The story could have ended there and, in 2020, we would have a generous Citroën range in front of us with its C3, C4, C5, these SUVs and… its premium line DS3, DS4, DS5, DS7 and so on. But history doesn’t like bland scenarios. The rebound will come in 2011, with the creation of CAPSA, the joint venture between the Chinese Changan and the French group PSA, which is then looking for a second Chinese manufacturer, alongside Dongfeng created in 1992. But beyond the famous 50/50 between Changan and the French group, the Chinese imposes on PSA a different product range from that of the Peugeot and Citroën models manufactured in China, by the competitor Dongfeng.

Changan wants this new range of products quickly. This acceleration of the calendar forces the French manufacturer to offer the three famous DS3, DS4 and DS5 silhouettes then in development. The first two being considered too small, Changan and PSA chose the DS5. With this new Chinese partner, PSA creates a network and a brand: DS. Changan has no intention of selling “Citroëns” produced by the other joint venture (Dongfeng) in China. So in China, the DS5 was never called Citroën, only DS. It is safe to say that the creation of the DS brand in China is not the result of a long-thought-out marketing strategy, but of a purely industrial agreement.

What can also be written is that from there on, DS pumped the energy out of Citroën. For alongside the Citroën China product plan developed for partner Dongfeng, a brand new DS range now needs to be quickly supplied for the other joint venture, Changan. And all this energy has necessarily been put in place at the expense of the European product plan. Citroën bore the brunt of the consequences, until the renewal strategy led to the redesign of today’s range (C3, C3 Aircross, C5 Aircross). Very quickly, to supply Changan, Citroën designed new products for the Chinese DS brand (saloon, SUV, etc.) and the majority of these cars were produced in a hurry on the old platform, which had become obsolete for European products. As a result, these Chinese DS cannot be imported to the old continent.

Wisdom would have wanted PSA to wait nearly two years to benefit from the new EMP2 platform then under study, in order to study all DS models, whether European or Chinese. But Changan was very impatient and PSA did not want to lose this opportunity to sign this agreement, which is vital for its breakthrough in China. It is cruel to note that eight years later, in 2019, PSA “walked out” of CAPSA, leaving Changan to deal with another partner. Fortunately, the large DS9 sedan which has just started production in the only factory of this joint venture (in Shenzhen) is saved …

From the moment PSA chose to design the new DS in partnership with Changan on the old platform, it found itself in the picturesque situation of adding two DS product plans to the European Citroën product plan: one for China (old platform), the other for Europe on the new platform. It is this privileged situation in China that explains why the DS brand was launched in Europe in 2014 with no new products to put under the customer’s tooth, apart from the restyling of the three known silhouettes: DS3, DS4 and DS5. This discrepancy between the creation of the brand and the “modern” products then in the pipes in Vélizy is still incomprehensible today. Can you imagine opening a gigantic IKEA without plaid or candles inside ?!

The internal crisis that the group suffered in 2011-2013 (PSA was then partly saved by Dongfeng and the French State!) did not facilitate the development of the DS range, nor that of Peugeot with the discontinuation of many products (including a superb 208 discoverable). It is Carlos Tavares, the new boss of PSA, and his teams who will save the group on practically all markets, but China remains a thorn in the side. With a production capacity of more than one million vehicles with five factories in China, PSA has not exceeded 250,000 units produced there in 2018.

Carlos Tavares has therefore tackled this major challenge with no hesitation, pragmatism and, hopefully, success in the near future. By selling CAPSA’s shares to a Chinese manufacturer and thus getting rid of the Shenzhen factory which produces the new DS9, one could have feared the worst. However, the production of the large DS saloon is subcontracted by the factory, which should also ensure the manufacture of future models, such as the DS4 to come. This will then be the definitive end of the two ranges, Europe and China, since the DS5 LS, DS6 WR, DS4 S, exclusively Chinese, will give way to the worldwide DS3 Crossback, DS4, DS4 Crossback, DS7 Crossback and DS9 ranges. Even a DS9 Crossaback ?