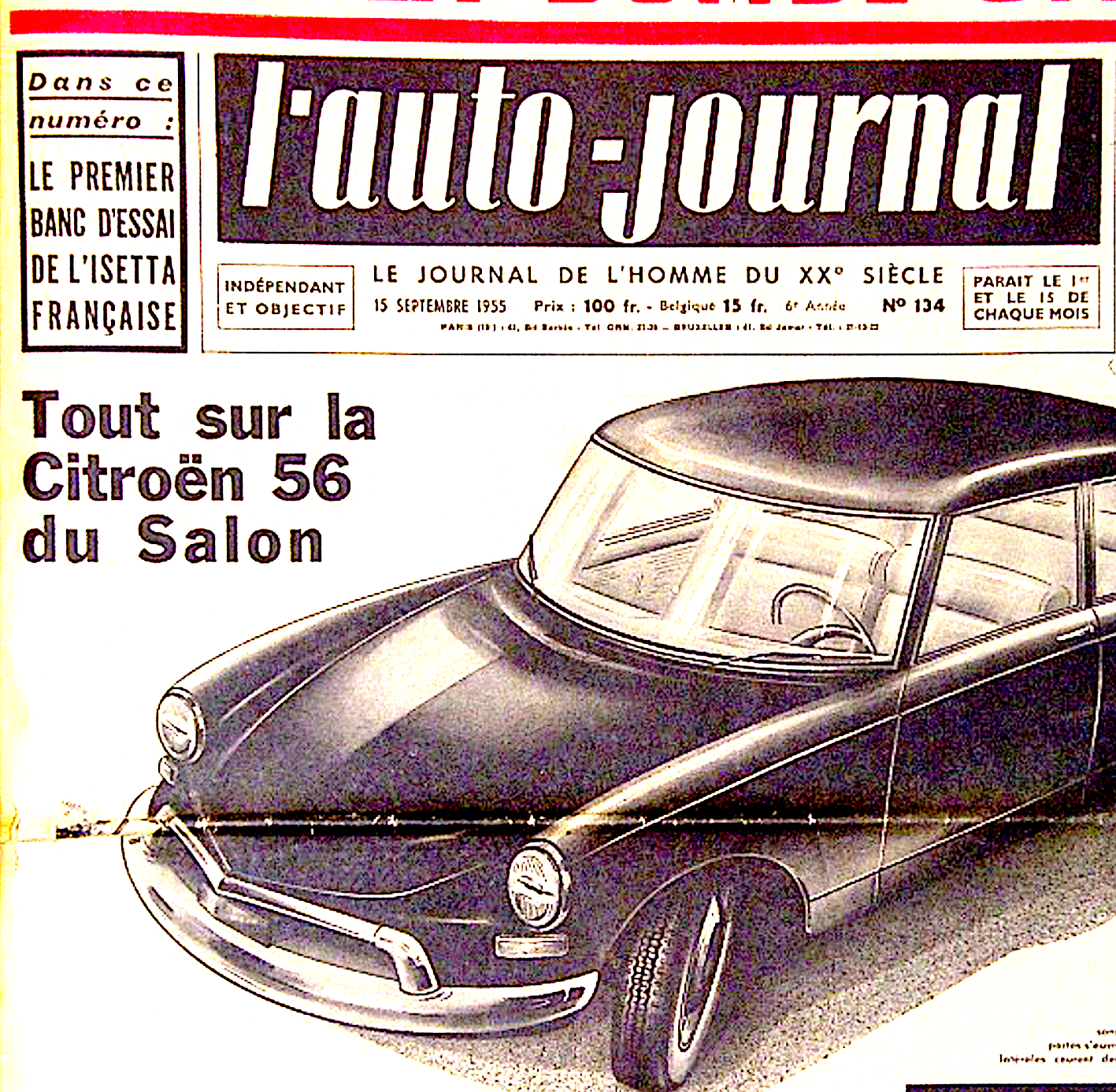 Here’s an archive that caused a lot of ink to flow 65 years ago: the text of the UNE of the September 15, 1955 self-publication revealed the last secrets of the DS, more than a month before the official presentation.

The 11 CV Citroën, which has just reached its majority, is now doomed in the near future. However, it will not completely disappear, since the revolutionary model that will replace it had to make do with the same veteran four-cylinder engine. After years of waiting and disappointment, the brand’s loyal fans will this time see the new Citroën appear at the show. The price of the new Citroën, which has not yet been determined, will not be far off the 900,000 franc mark. The sum is, as can be seen, much higher than those to which the Quai de Javel clientele was accustomed until now.

This 11 CV “56” has already been built in about 40 copies, stored in a closely guarded room. The manufacturer now hopes to reach a rate of 1,200 cars per month at the beginning of next year, and then gradually reach the rate of 6,000 monthly units that was some time ago that of the 11 CV. The new model is, of course, front-wheel drive.

The transverse exhaust is also located at the front. Originality seems to have been the main concern of the car’s creators. There is nothing new in cars for a long time, but it is always possible to present unfamiliar formulas. a Citroën ’56 does not deprive itself of this. A hydraulic power unit with a tank under the bonnet feeds a highly developed network of tubes (several dozen metres long) corresponding first of all to the oleopneumatic suspension, similar to that of the 15H but fitted to both the front and rear. Other oil circuits control the four-speed gearbox and the clutch, controlled by a single lever on the dashboard.

The overturned engine formula, which we know was tried and tested, was eventually abandoned because of the excessive overhang it caused. The nose gear already appears to be extremely loaded on the model that was selected. Indeed, to the known mechanics are added many hydraulic devices complicated enough not to mention the spare wheel, curiously placed, like the tools, in front of the radiator.

This way, the clutch pedal disappears and the clutch comes into action automatically when changing gears. Thus, Citroën relies on a hydraulic circuit to carry out the work that is required of electricity on other French models with two pedals (…). But how can we not mention right now the question that we ask ourselves here and there: the certain ingenuity of the car goes hand in hand with a complication that is no less obvious. Doesn’t this complication raise singularly difficult problems in terms of maintenance and repairs?

Below, PARIS MATCH was due to be released on the day of the presentation, but a strike delayed the publication of the issue dedicated to DS