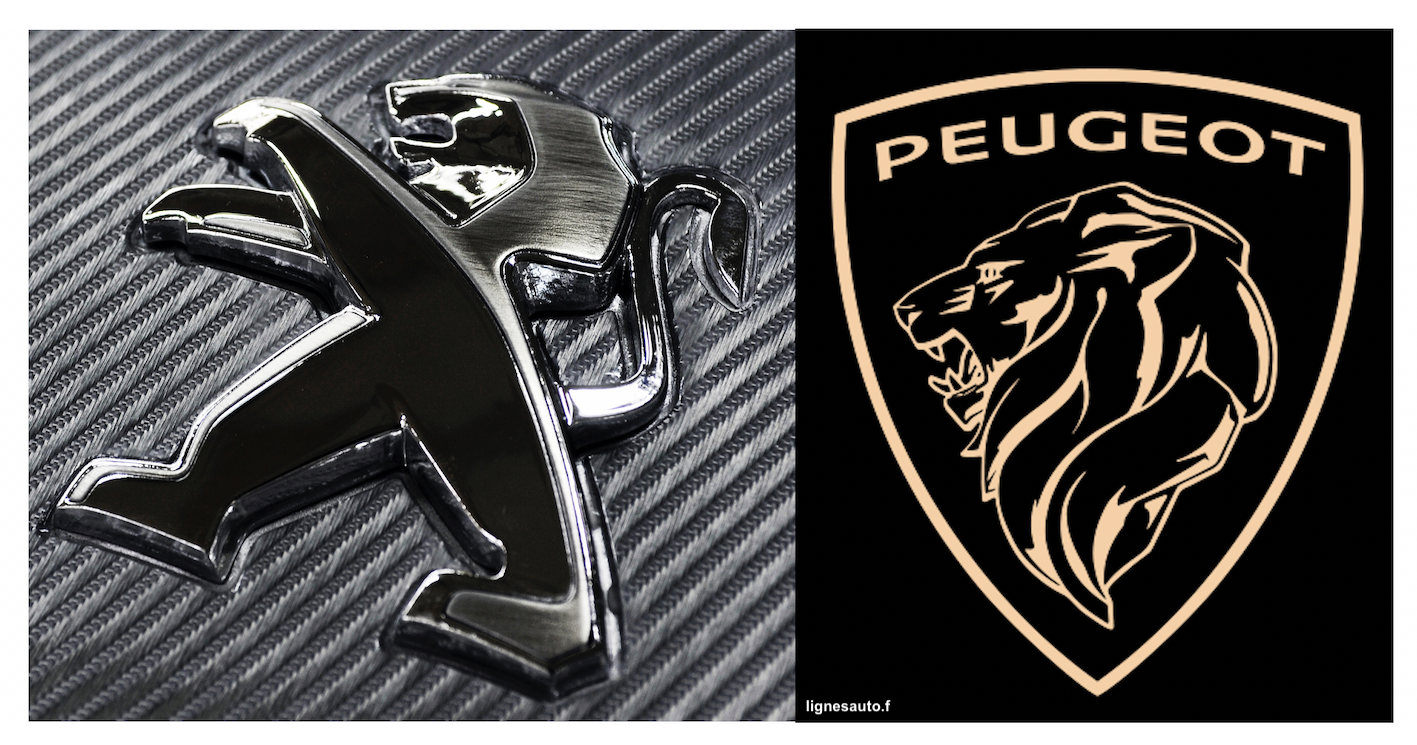 A new identity, a new logo, a new impetus… How can the near future of a brand be better embodied than by a concept car? Eight years apart, Peugeot has changed its identity and deflagged its strategy through two concept cars: SR1 in 2010 and e-Legend in 2018. Looking back to the past to better understand the future…

Geneva, March 2009. For only five months now, Jean-Pierre Ploué has been at the head of the design of the group’s two brands, Peugeot and Citroën, with the task of renewing the design of the former after having successfully met the challenge with his teams with the latter. “I was driving home from the motor show and I was a bit demoralized because all shows demoralize me! I only see what is good in others… and what is fair in ours! I still had in mind the words of my president who wanted us to relaunch Peugeot as soon as possible”.

“At the time, the budgets had been voted and we found ourselves with only one concept car, the BB1 (above), to illustrate the revival of Peugeot. So I picked up the phone, called the president and clearly explained the situation to him. We needed a second concept car to illustrate the new Peugeot style”.

BB1 was indeed perfect to concretise the ambitions of the brand in terms of architecture, lightness, ecology, youth… But the stylistic aspect, fundamental for Peugeot, had to be based on a second concept car. “It’s there, in my car, that I get the green light for this second concept car. It was all the more incredible as we were in a period of crisis. The context was difficult.”

The SR1 prototype (born in a car), is a roadster that can be discovered with three seats, and THE manifesto of Peugeot’s revival which carries all the genes of the new stylistic movement of the future Peugeot. And it carries on its carbon muzzle the new Peugeot logo: a proud lion that has lost its tongue compared to its predecessor but not its pride. It comes out of its little blue frame on the letterhead and expresses all its power on the bodywork of the future Peugeots.

Gilles Vidal (below) who is then the new “Mr Design Peugeot” confided to me at the time that “the idea was to refresh our logo, to rejuvenate it. It has been simplified in its contours, at the level of the mouth. Above all, it acquires a real dynamic, it is more bouncy with a diagonal running across it. To this dynamism is added a notion of elegance obtained by this simplification. It has also become more technological. It’s not a robot, but it is a little more high-tech”.

A brand new logo for a brand new Peugeot. A brand new logo that carries the key words of the new identity of the French manufacturer in 2010, already a decade ago: sensuality, precision, athleticism, allure and even efficiency…

This logo is therefore proudly displayed on the carbon cover of the SR1 manifesto. Larousse dictionary: “Manifesto: n.m. (Ital: manifesto). Theoretical exposition by which artists launch an artistic movement – a work of art having a value equivalent to such an exposition”.

Gilles Vidal explains some of his choices, such as the look of the SR1, which is not without evoking that of the Peugeot 406 Coupé: “the personality of the front of the SR1 is indeed reminiscent of that of the very elegant 406 Coupé. The grille also announces the new three-sided smile, a principle that interests us for the brand. This new theme really signs the mouth of the car with its floating grille”.

Jean-Pierre Ploué (above) then tells me “that with a certain demand, we are bringing yesterday’s key words up to date. Our brand is becoming ethical, environmental, and this will show in the design, especially with a lighter style”.

Gilles Vidal confirms that “in the history of Peugeot models, there are a multitude of interesting graphic themes, such as the claws of the SR1’s rear lights which may evoke for you those of the 504 coupé. The brand’s aesthetic culture is rich and varied, notably with incredibly fine bodywork, and as such, the 504 coupé is in the vein of the SR1 with this theme of lightness, this curved bodywork. They both have points in common in terms of morphology. With the SR1, as with the 504 coupé I imagine, we wanted to make the car slimmer, with sides that tuck in and out to find the wheels, a bit like a curved Italian jacket! The bodywork is as close as possible to the technology”.

And then ten years ago, during the interview with Gilles Vidal, I couldn’t have known (neither did he?) that the 504 Coupé would come back at full gallop in the minds of the brand’s designers.

And notably in that of Nicolas Brissonneau (below) author of the exterior design of the SR1 and… of the e-Legend (above) which, in 2018, will surprise the world and seduce it more than any other concept that year.

And what do we find on the radiator grille of this e-Legend concept car from the first volume drafts? A brand new logo! Finally, new in its graphics but largely inspired by the Peugeot logo of the 1960s.

Surprising to come back to the lion’s mouth by abandoning his body. The adoption of this logo, which will be announced shortly by the manufacturer, is a much more frank break with the 2010 logo.

It is obviously linked to the 210 years of the brand but let’s wait a little longer before hearing the official discourse of this strong change of identity. The next Peugeot 308 of 2021 will inaugurate this new emblem, eleven years after the presentation, on the SR1 manifesto, of the old “new” logo…

A strong change in 2020, because ten years ago, Xavier Peugeot spoke to us in these terms of the logo, which will have lived from 2010 to 2021: “we can see that the expectations of the clientele evolve, that the automobile evolves. We are therefore constantly reflecting on who we are, on our identity, on its modernity. This reflection convinced us a few months ago that we had to strike a blow and take advantage of the brand’s absolutely unique bicentenary, a bicentenary that we are celebrating in this year 2010. We don’t talk about our past, but about our history, because having roots is a foundation that allows us to prepare for the future. Everyone is concerned because this new identity, this brand project impacts the design, our advertising campaigns, the network…”. This speech is still relevant today. Welcome to Peugeot’s new lion, which should even shine on the electric versions!