Today, the C-Class, which was born in 1993 and has since been renewed, is undoubtedly one of the most classic of the Mercedes offer. Its origin is the W201 project, which became “Mercedes 190” in 1982. It was a real revolution in the commercial offer of the German giants at the beginning of the 1980s. “A little Mercedes ? You don’t think about it ! »

Finally, it was not until the mid-1970s that the programme took shape under the name W 201: “Small”, certainly (only 4.42 m long) but certainly “Mercedes” : for her, the German manufacturer developed a multi-link rear axle, offered ABS or airbags, all dressed in a very simple silhouette. Below, the “prototype” to test and adjust the new rear axle of the future 190 :

The W 201 project is also planned to offer many mechanical versions, including diesel, but also and above all the 186 hp 2.3 16-valve engine developed with Cosworth.

In terms of silhouette, the three-box sedan has even been studied in a hatchback variant whose profile is reminiscent of that of the Peugeot 309 (born Talbot Arizona and finally marketed under the Peugeot brand).

The 190 was designed by Bruno Sacco’s team, who was the head of Mercedes design from 1975 to 1999. A clear design, without any embellishment but perfectly respecting the fundamentals of the range in which this small Mercedes was inserted. Almost 1.9 million units were produced until the arrival of the C-Class. 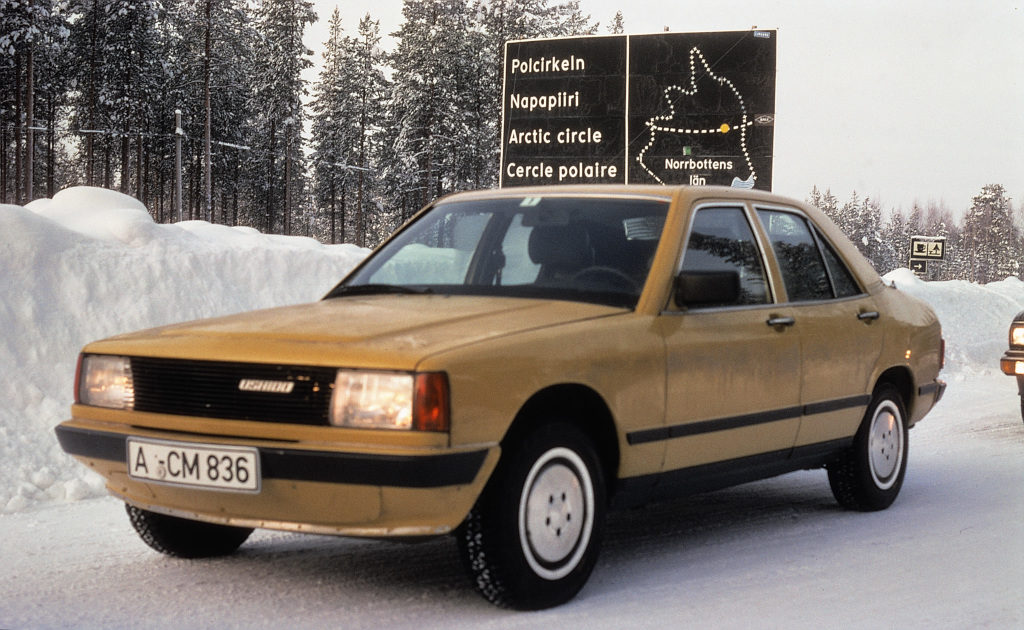