A fourth 100% electric model is announced at Audi with… a fourth platform ! To know and understand everything.

Audi has already presented – or even marketed – three models of its 100% electric e-tron range:
1 – the “e-tron” SUV with which the manufacturer has established itself in the world of the all-electric (commercialized vehicle) which will also be derived with the Sportback silhouette.
2 – the e-tron GT coupe that will be in Audi in 2021, which is what the Taycan is in Porsche.
3 – the e-tron Q4 Concept, announcing a more compact SUV.

To these three models (and four silhouettes), Audi will add a 100% electric sedan, Premium (equivalent to the A4/A5/A6 thermal), with a clean design and which will be based on a new 100% electric platform! You can guess the front of this sedan on the picture above and below.

But why present a new electric platform when the Volkswagen group already has such a base on its shelves? Everything can be explained, and LIGNES/auto will do it in a very didactic way: the first model in the range, the SUV e-tron (below), was designed in a hurry and it is based on a platform originally designed for the group’s thermal models with longitudinal engine, the MLB platform. It was modified to accept the e-tron batteries and became the MLB Evo.

The second model in the 100% electric range is the e-tron GT coupe below, which will leave the assembly line at Böllinger Höfe near Neckarsulm (with the Audi R8) from the end of 2020.

This model is based on the platform developed by Porsche for its Taycan. Audi’s coupé will also be a Taycan with a specific dress (below, the e-tron GT coupé and its platform called “J1 Performance”)

Finally, the third model called e-tron Q4 Concept (below) will leave the assembly line of the Volkswagen factory in Zwickau, alongside models from the VW and SEAT brands. This 100% electric Q4 is based on Volkswagen’s unique platform, the MEB, which made its debut with the ID.3 in Frankfurt last September.

Below, the Q4 concept of the 100% electric range with other silhouette possibilities on the same platform, that of the VW ID.3.

The Audi Q4 e-tron and the MEB platform video

One would have thought that Audi would manage with all this equipment, but no, it actually lacks a base between Volkswagen’s “small” MEB and Porsche’s (too?) “powerful” platform. This is the fourth platform that Audi revealed earlier this week. It is the PPE.

The above document perfectly summarizes the Audi e-tron range of today and tomorrow with four models and therefore four platforms. When we know the cost of developing such a technical base, we can say that the Volkswagen group has really taken the direction of e-mobility !

During the presentation of its e-tron range, Audi explained that the brand “takes a consistent approach to align its product portfolio with electric mobility, from the compact segment to performance models. To do this, the company relies on synergies at group level and relies on four platforms, both in development and production. This allows the brand to offer its customers customized solutions for each vehicle segment. With the e-tron, Audi built its first high-volume SUV on an adapted variant of the modular longitudinal platform (MLB Evo for short). The four-door Gran Turismo e-tron GT concept is based on the Porsche platform with the designation “J1 Performance”. The more compact electric cars are based on the Volkswagen Group’s versatile modular electrification platform (MEB), while the large innovative electric models use the new Premium Platform Electric (PPE).” 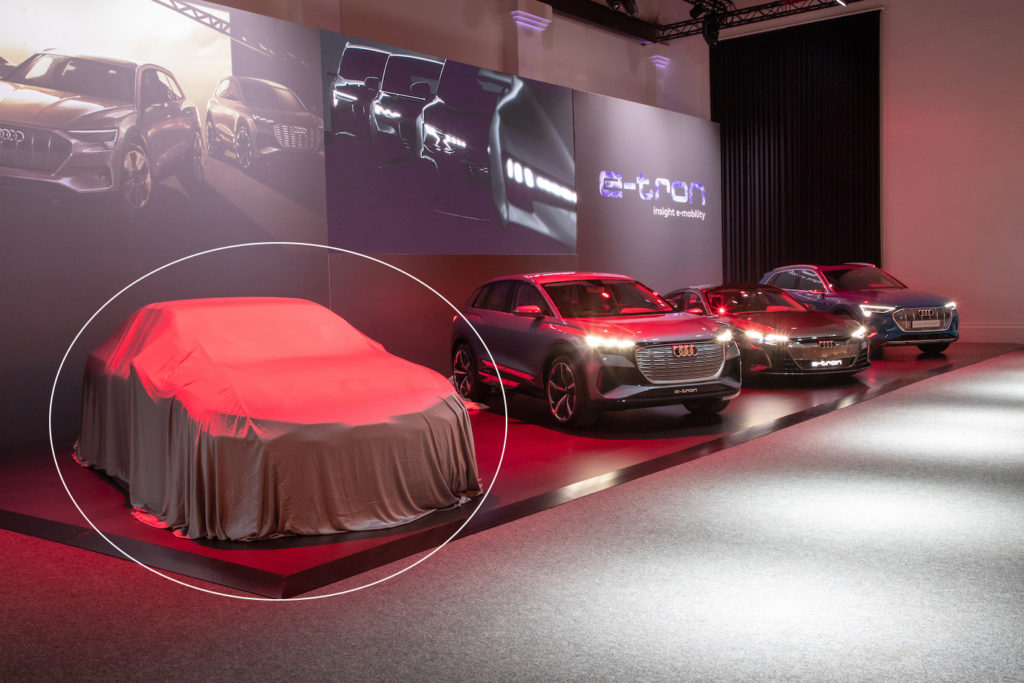