Porsche and Volkswagen, two names united for the genesis of the first Porsches, but also for the distribution of the 914 and, finally, for the birth of the 924. Back in a few words on these parallel stories.

The Porsche 914, like the original 356, combines the names of Porsche and Volkswagen. At the end of the 1960s, Volkswagen approached Porsche again for the renewal of its Karmann Ghia coupé and the development of a joint project, managed by a company called “Porsche-VW-Vertriebsgesellschaft“, in which the two partners each share 50 percent of the shares.

This company “Porsche-VW-Vertriebsgesellschaft” had to distribute 914s as well as 911s. At that time, except in France and England, the Porsches were distributed by the VW network. Ferry Porsche concluded this joint venture with a friend, the very first post-war Volkswagen boss, Heinz Nordhoff, with a handshake. Nordhoff wanted to renew his Karmann Ghia, Ferry wanted his little Porsche: everything seemed to be going well.

Butzi, the Porsche designer, took the Gugelot Design project in Germany as a starting point. The constraining architecture gave rise to a design that was radically different from that of the 911, but also far removed from that of the replacement for the Karmann Ghia designed by VW. Everyone seemed to be happy with the result… But when Nordhoff’s successor Kurz Lotz (who died in April 1968) left the company, the new boss -Rudolf Leiding- questioned many projects and agreements within Volkswagen, as early as 1971, barely one year after the 914 started to be marketed.

Leiding first of all looks for traces of the agreement signed between Ferry Porsche and Nordhoff, without success. Then it will cut short several projects, including the EA266 (above) designed by Porsche to renew the Beetle! This program had reached the industrialization stage with its flat engine housed under the rear floor. But Leiding’s decision was to ruin everything.

Man prefers to follow the path of front-engine projects, which are also water-cooled. The Beetle replacement will therefore have no flat engine, no rear engine, no air-cooled engine. The replacement for the Cox will simply be Giugiaro’s “Golf” project. Porsche is then ordered by Leiding to destroy all its prototypes and the pre-production vehicles of the EA266 project. It is the rout because, without more rear-engined VW models, is it the end of the prestigious sports car brand?

Fortunately for the German manufacturer, the company signed a new contract with Volkswagen in which Porsche took over its commercial rights and, incidentally, the premises of the “Porsche-VW-Vertriebsgesellschaft“. Porsche also continues to work on the project for a front-engined Volkswagen coupé which will later become the … Porsche 924 (above). This is the EA425 programme, a future front-engined Volkswagen coupé. It is validated by Rudolf Leiding, who shifts Volkswagen’s product strategy towards models with a water-cooled engine. However, with the Scirocco in the pipes, with front-wheel drive, Volkswagen abandons the EA425 project and offers to buy the entire programme from Porsche. In this new contract, Porsche also offers to industrialise the car at the Audi plant in Neckarsulm, formerly the NSU site.

The case is concluded with a mutually beneficial arrangement: Volkswagen boosts the production of an imposing industrial site, sells parts – and not the least – to Porsche, while the latter recovers a technologically advanced product, designed by itself in Weissach, which fits ideally into the range. The EA425 project was thus taken to its industrialization and finally presented in world premiere on November 15, 1975, under the official name of Porsche 924. It will be followed by the Porsche 928, destined to succeed the 911. We know what happened to this last strategy… 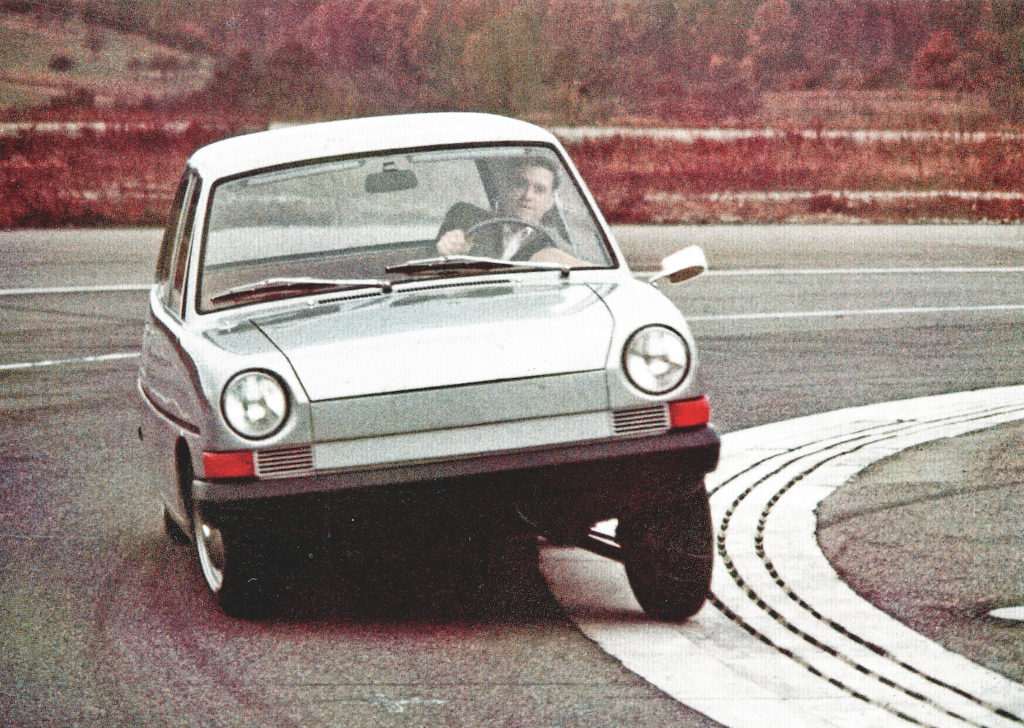