In 1997, 23 years ago, a giant in the history of car design died: Nuccio Bertone. Let’s come back to this man whose two daughters evoke a youth that was not necessarily easy!

The Bertone company was only two years old when Giuseppe Bertone, nicknamed “Nuccio”, was born in 1914. The son of Giovanni Bertone (below), he took over the company after the Second World War and raised it to the firmament of automotive style alongside the already legendary Pinin Farina (Pinin Farina became Pininfarina in 1961).

Bertone joined his father’s company at a very young age, from the age of 19, which perhaps explains why all his life he will trust very young talents to run the “stile Bertone” centre, like Giorgetto Giugiaro who will take over the management of this sector at the age of 20.

Marcello Gandini and Marc Deschamps will follow. The great strength of Nuccio Bertone will remain the exemplary mastery with which he led the Carrozzeria from the status of a craftsman to that of a car manufacturer.

Marc Deschamps (above, portrait by Christian Martin) who was in charge of style from 1979 to 1991 remembers that “Bertone was an atypical company in Turin. In this very special environment, it was the only one that was not prey to rumours or criticism”. We were able to meet Nuccio Bertone several times at his design centre in Caprié. Always affable, kind for your comfort or the possibility to make the best of your reports, Nuccio Bertone inspired respect. Every year he sent his greetings in green ink.

Thick eyebrows combined with heavy glasses could however make the character austere. Behind this mask, he was quite different… Except perhaps for his two daughters (Marie-Jeanne born in 1967 and Barbara born in 1968) who remember a severe and taciturn father who only thought about creation, even when he took them to the snow or the beach!

“I have always admired my father as a designer,” Marie-Jeanne said. “But our daily life was full of small conflicts. I felt frustrated when at the weekend he was constantly looking for inspiration. I admired him, but I felt deprived of something. Barbara adds that during her studies she also wanted to take dance classes.

“At the beginning of each year, my father forced me to make an extremely precise schedule to prove to him that I could combine the two activities! “February 26, 1997, the date of his death, will remain as a painful scar because more than a great master bodybuilder – in the noble sense of the word – he was a simply endearing person and an immense figure in automobile history who disappeared, taking with him so many secrets and talent. 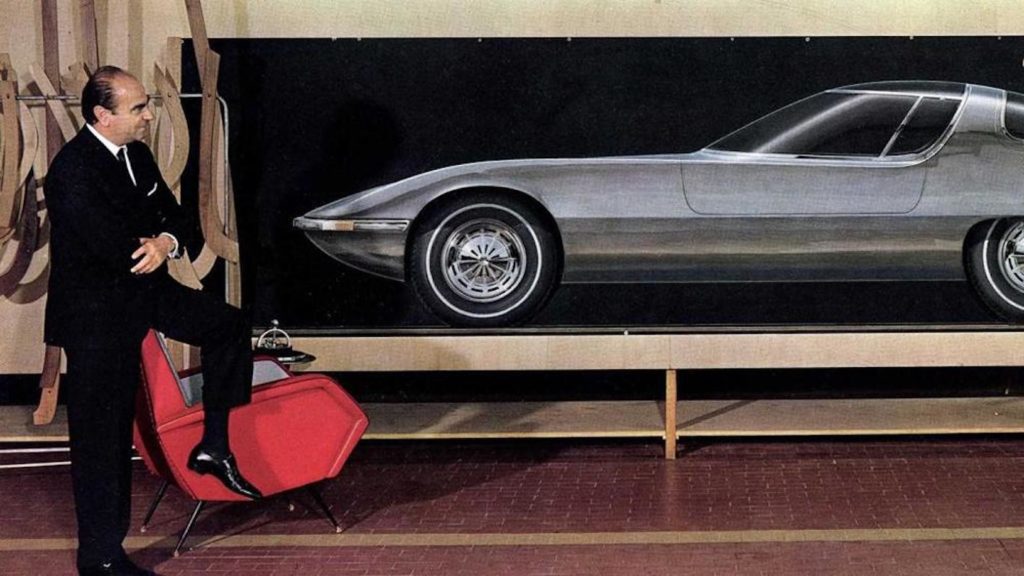