DS, the young French premium brand, has announced on its Facebook page that it will unveil its big sedan next week. Of course, you’ll find the pretty DS logo on its grille. A logo that links the brand very directly to Citroën, since it is made up of three chevrons oriented in a very graphic way. But where does it come from and who designed it ? LIGNES/auto tells you everything.

We have to go back to the genesis of the DS Inside show car presented in February 2009 to find the origin of this logo. At that time, the DS3 was in the process of being industrialised and carried the winged logo of the Citroën brand on its grille and, at the rear (above), that of the DS “premium line”. This logo will very quickly become that of the new global DS brand, which will be added in 2014.

It was designed by the young Korean designer Jin Joo, who joined Citroën just five months ago. For LIGNES/auto (paper version at the time…), he told us that “I first drew the ‘D’ by filling in a rafter, and I superimposed the rafters with a mirror effect to give birth to the ‘S’. I had fun with the triangular shape and the rafters, which I integrated into a kind of very graphic grid. It has become an interesting grid, by the way. It’s elegant, modern.“

Mark Lloyd, then head of development for the 2009 DS Inside, explained “that Jin Joo’s logo was designed just a few weeks before the great revelation of the DS Inside that prefigured the DS3. We’d been working on a DS logo, but it was too much of a car logo.”

“We wanted something more modern and… distinctive. Jin’s came out with a lot of potential, not only for the badge itself, but it also offers, with its weave, enormous possibilities for creating new universes that will enhance the perception of the DS universe. “ Jin has designed everything from handbags to ski and DS goggles. Has he since fulfilled his dream of driving a real DS ? 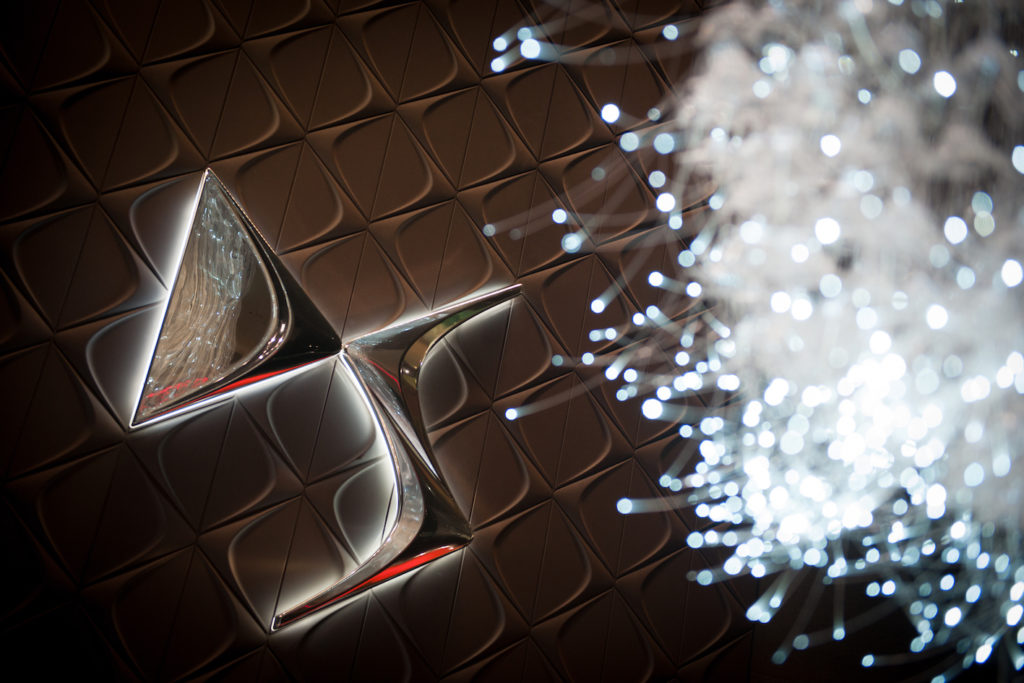