The Mercedes EQXX concept car was revealed on Monday, January 3, and it pushes even further the aerodynamic work, work that has seen many records at the German manufacturer, such as the W25 of 1936 with a Cx of 0.235, but we can also cite the 540 K Streamliner of 1938 with its Cx of 0.36.

The 1960-1970s saw the C111 programme, the sharpest version of which had a Cx of 0.183. In 2015, Mercedes presented its IAA (Automotive Aerodynamic Intelligence) Concept with a shape not unlike that of the new EQXX. In the IAA prototype, the rear overhang is extended by 39 cm to lower the Cx to 0.19

The new EQXX does slightly better without the help of this mobile device: 0.17. Of course, the two cars have a different technical architecture with a plug-in hybrid petrol engine for the 2015 Mercedes IAA with 286 hp, while the new Mercedes EQXX is 100% electric and offers a range of 1,000 km, enough to get from Berlin to Paris. Its 205 hp engine is enough to carry the vehicle with a weight of less than 1800 kg, including batteries.

However, the laws of aerodynamics have remained the same since the invention of the automobile, so it is not surprising to discover two concepts with virtually the same bodywork, yet designed seven years apart… It’s up to you to judge which of these two Mercedes you prefer! 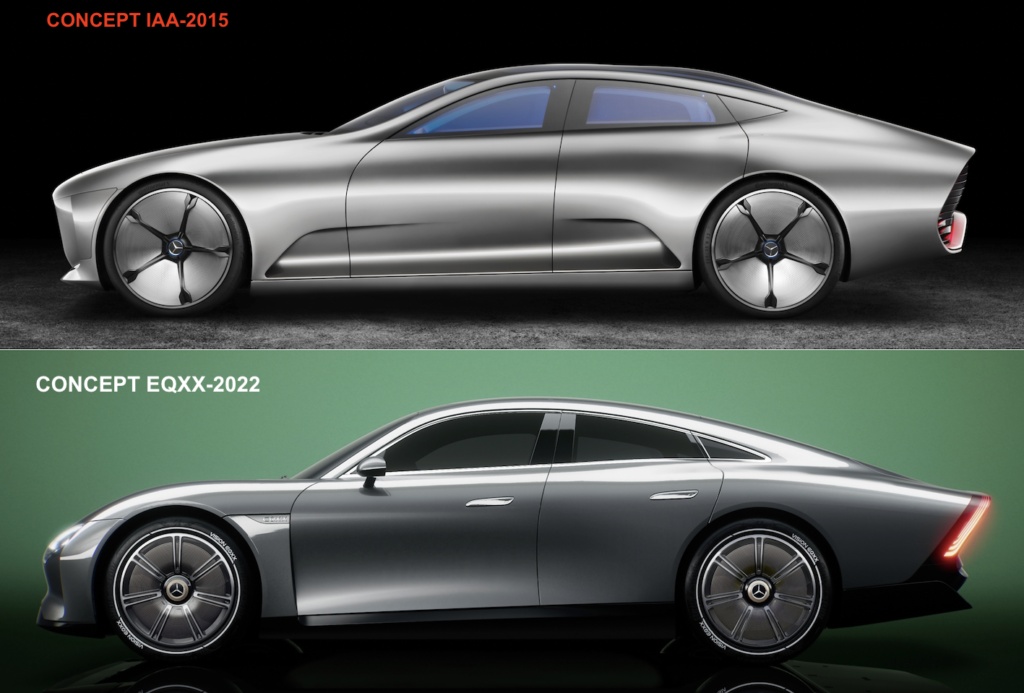