Designers can come up with strange ideas, sometimes they stumble over problems related to architecture or aerodynamics. Rob Melville, McLaren’s design director, and his teams worked hand in hand to develop McLaren’s ultimate roadster: the Elva.

Originally planned to be produced in 399 units, this McLaren will eventually be assembled in only 249 units, each sold for more than 1.7 million euros.

It’s not the assembly of the body composed of just three large carbon parts that will be a problem. Neither is the technology: the Elva adopts the 4.0-litre twin-turbo V8 engine with an increased displacement of 815 hp.

The particularity of the Elva is the absence of a windscreen, whereas it is given for 340 km/h top speed. This is where the designers gave way to aerodynamicists, to avoid tearing the Elva’s pilot’s hair out up to at least 115 km/h. Beyond that, what’s going on?

Thanks to a large air intake at the base of the front bumper, air is sucked in and compressed and exits through a gaping mouth upstream of the passenger compartment. Thanks to its interior deflectors, it spits out the air in a forward-facing flow, forcing the layer of air coming from the front bonnet to overlap it and pass over the heads of both occupants (see video below).

The McLaren Elva is inspired by a nearly 60-year-old race car. Considered the first “real” McLaren, the M1A was a tubular chassis sports car with independent suspension, four disc brakes and the 310hp Oldsmobile V8. It made its first appearance at the Mosport Grand Prix in September 1964. Its creator, Bruce McLaren, qualified on the front row and finished the race on the podium in third place. McLaren’s debut as a constructor was striking! 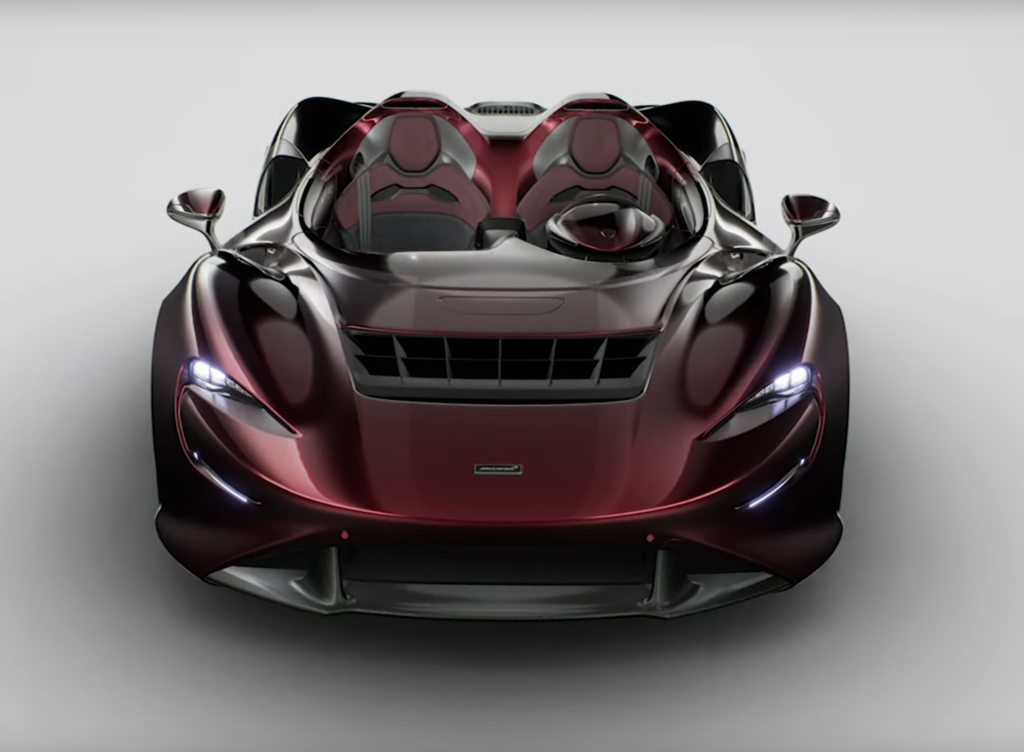