The development of a new product, especially if it is a new silhouette, often requires more exploratory phases than a simple renewal of an existing concept. In this case, the design centre executes a manifesto. Pierre-Paul Mattei explains that “a manifesto is there to explain a vision that is not industrialisable as it stands, but which allows us to explain the concept to our directors. It is by no means a concept car, which is often there to prepare the public for the medium-term launch of a new product. The manifesto is designed well in advance of the programme launch. It serves as the basis for the pre-stage study and is rarely shown to the public, or even to journalists.

It has to be said that there is little in common between the P54 manifesto and the 408, other than an answer to the question Peugeot’s product and design departments are asking themselves in 2015: what will be the saloon of tomorrow? “We were working on this issue and we wanted to go for something that was not an SUV. And in this case, a PowerPoint is not enough to express our idea. In front of our directors, we are obliged to show an object”, explains Pierre-Paul Mattei. A manifesto also has another virtue: it makes it possible to better exploit the time between its definition in the form of a model and the actual launch of the programme.

So of course it needs to be put into context. The P54 manifesto dates from 2015, a year before the arrival of the landmark second generation 3008. But how could we imagine in 2015 anything other than a dynamic SUV, the idea of which was being hatched by competitors? “It’s a question of feeling, and to be honest, we had this idea for a long time. We felt there was a gap in the saloon world. We didn’t go for the SUV coupe because we had this idea that there was room to invent another silhouette. The idea is to understand the future split in the market between the SUV and the low-slung sedan, and to find a more expressive product with sporty sedan-like performance, without falling into the realm of the high-slung SUV.

Once the idea of the manifesto had been validated, it would take almost three years before the P54 programme was really launched, which had just resulted in the 408. Time to adapt the vision into a product that meets the demanding specifications in terms of habitability and boot space. It is true that on the 2015 model, nothing works! “Its style is dated! There are mimicries announced by the SR1 of 2010 and above all, the manifesto does not offer any habitability performance, does not pass any of the standards but that is not its objective. But between its presentation to a small committee and the launch of the production programme, we are refining the idea, sharing it with the brand and convincing everyone.

From that moment on, it is included in the programme plan. The brand defines its own criteria, which are translated into a technical package that takes into account the community of other products in the ECD programme. “We can then launch the style.” During these three years (2015-2018) the phase advance technically translates the intention of the manifesto and ensures that this technical construction fits within the community scope of the overall programme. So there were seven years between the manifesto and the final product. Today, no doubt another manifesto has just been completed, carrying with it the ideas of a future Peugeot of 2030… But this one, the manufacturer did not want to reveal it to us! It’s not Christmas every day…

To buy our quarterly design magazines, our beautiful books and our “automotive chronicles”, go to: https://lignesautoeditions.fr 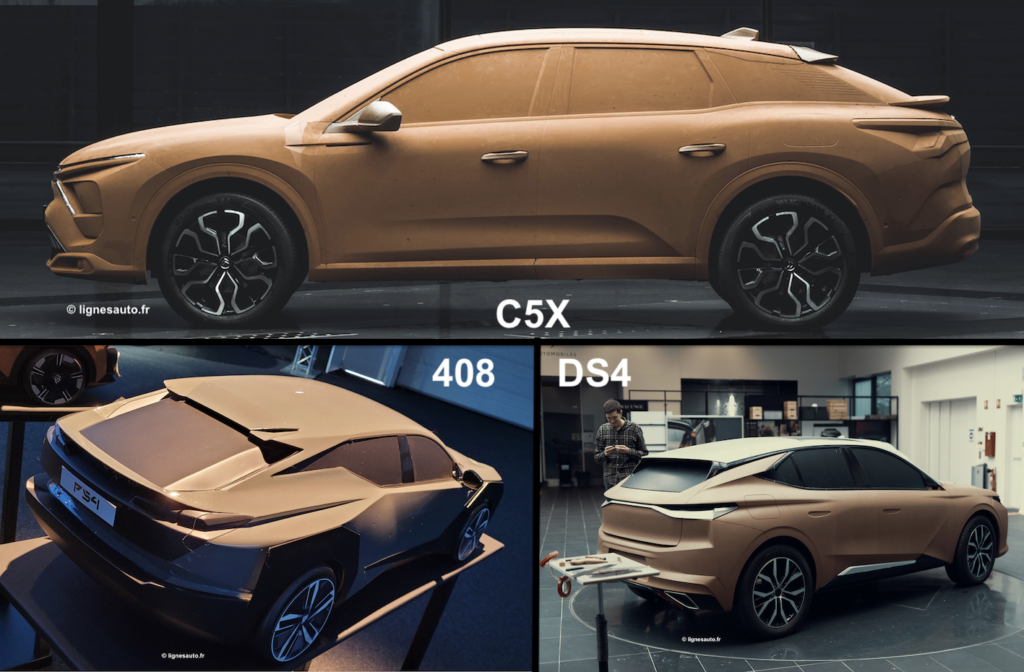