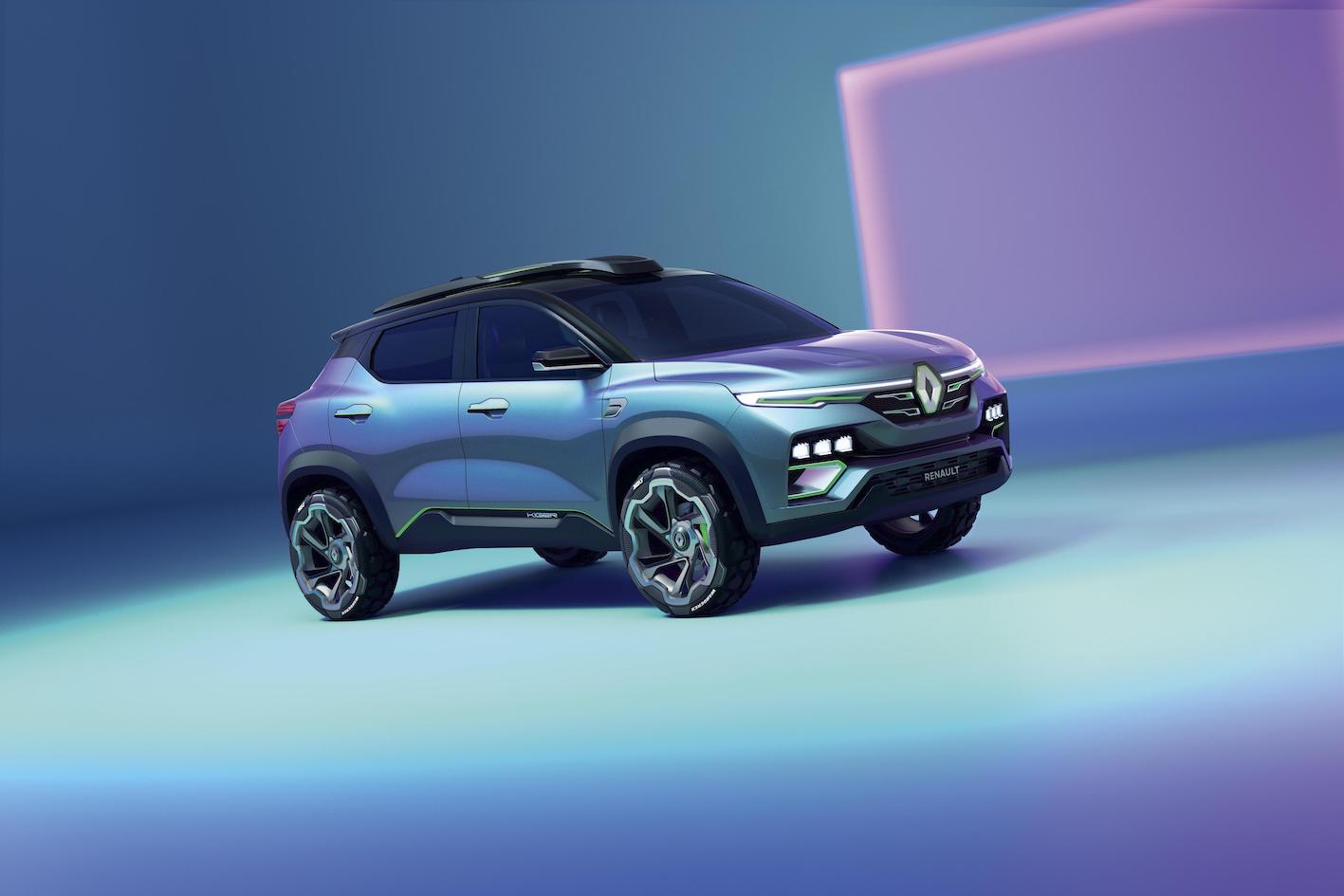 Renault unveils the fourth model in its Indian range. After the Duster we know, the little Kwid which gave birth to the Renault K-ZE and the Dacia Spring, then the amazing Triber capable of carrying seven people in less than 4 m, here is Kiger, a small SUV which will arrive on the Indian market in 2021.

1-What is the Renault range in India?

An image wants more than a long speech: the Indian Renault range is based on a well-known model, the Duster, but above all on now three models dedicated to this particular market where more than 50 % of the cars sold concern small models (segments A and B) where Renault deploys all its energy. And the Kiger is a B-SUV of less than 4 metres in length.

With this new range mainly positioned on the A and B segment, Renault intends to reach its objective of one million Indian customers, against (already) 650,000 today.

2- What are the aesthetic characteristics of this new Kiger?

Laurens van den Acker, head of the Renault design group, says: “The creative combination of French and Indian designers was the best way to meet the needs and expectations of a clientele that is increasingly fond of style, sportiness and novelty”.

“As with Triber, we are once again demonstrating our ability to innovate, by offering a new model with a dual personality, both urban and outdoor. Kiger Show-car is very close to the future production model”.

3- Is the new Kiger an Indian Renault Captur?

Once again, the photo below answers this question. There is obviously a family resemblance, but the two cars are designed on different platforms (CMF-A for the Kiger, CMF-B “High Spec” for the Captur). Their gauges are very different. Note that on Indian Renault SUVs, the wheel arches are more square than on European models. It is therefore not an Indian Captur, at best, a mini-Captur in spirit.

4- Is the Renault style in India the same as in the rest of the world?

There are of course codes and formal languages which are undeniably the same for Renault products all over the world, especially in light signatures.

The volumes of the new Kiger are reminiscent, as we have seen, of a “small” Captur. The design of this new Kiger was managed in collaboration between the design office in Guyancourt and those in Chennai and Mumbai in India.

In detail, let’s note above a new Renault formal language tic, which appeared on the Mégane eVision prototype last October and seems to be repeated on the Kiger: it is the new “wing-engine bonnet” junction, all in flexibility, which makes it possible to raise the upper line of the wing up to the plane of the bonnet, giving the visual impression of a high car seen from the side. A code dear to SUVs.

5- Could this Indian Renault become a European Dacia?

Good question, thank you for asking! Officially, the Renault Kiger is first intended for the Indian market, then, as noted in Renault’s press release, “this vehicle will also be destined for export to certain markets outside the Indian borders”. Obviously, we’re thinking of Latin American markets…

… but if we look at the news of October with the arrival of the Dacia Spring (a derivative of the Chinese Renault K-ZE, itself derived from the… Indian Kwid) we can imagine everything. Except that it now seems easier to import a model respecting Chinese standards (like the Dacia Spring) than to import a model produced in India, with regulations that are very different from European constraints.

6- Did Yannick Jadot, an environmentalist MEP, take part in the style studies?

No, and yet the Renault Kiger is green. First of all by the colour, with a specific “Aurora Borealis” tint, but also with all the fittings set in this colour: rushes in the rocker panels, around the air intakes, around the double central exhaust outlet (and yes…) and, at the end of the end, the turn signals also diffuse a green colour, not orange!

For the moment, Renault is content to announce the arrival of a brand new turbo petrol combustion engine under the bonnet of the future Kiger, an engine which will join “the existing offer today”.