After making his debut in Italy, designer Walter de Silva joined the Volkswagen Group in 2007. He leaves his post in 2015, almost five years ago. But what would have been his trajectory if he had signed the contract that Citroën had offered him to become styling director in 1998?

Walter De’Silva is a man who knows how to associate humility with star status. He reigned for more than eight years over the entire VW Group’s design, but for many, he remains the man behind the revival of Alfa Romeo after joining the Italian brand in 1986 at the request of Rudolf Hruska.

When we met him for LIGNES/auto “paper generation”, he confided to us that he had no regrets about being considered the man for the 156: “I still love this car, which remains a wonderful memory. It is one of the two most beautiful cars I have ever designed with the Audi A5. The latter is more sophisticated, probably because I had more experience when I designed it. I have loved and will love Alfa Romeo all my life, for whom I worked for 12 years.“

Work, according to Walter de’Silva, is first of all… drawing! He admits to having filled hundreds of drawing books with “at least 8,000 drawing plates! I’m a designer first and foremost! I started in 1972 at Fiat, and I’ve always drawn. I take my sheets and I go and talk, listen to the radio while I draw. Drawing is happiness, it’s my language. It’s with it that I communicate and find my ideas, my passion for this job.“

In 1998, the PSA Group (above, the Citroën styling centre) is looking for a designer to take over the Citroën style then led by Arthur Blakeslee. It turns to this (already) great designer of the automotive world. “I had decided to leave Alfa Romeo and met Robert Peugeot, with whom I had then concluded an agreement to run the Citroën design centre. Obviously, this kind of decision is not easy to make. I wanted to do it because I had to deal with people at Alfa with whom we no longer had a good feeling, we no longer understood each other. But the beauty of this job is that the very next day I found myself with the possibility of a new challenge, a new project.”

“But at the same time I had contact with Mr. Harmut Warkuss – then head of VW design – and indeed, I must say I’ve changed my mind…” A change of direction due not to Warkuss, but to Ferdinand Piëch who obviously found other arguments than those of Robert Peugeot. “I also met Mr Piëch, and he said some words that impressed me! I went home and decided to join the VW group rather than Citroën. I joined Seat, without knowing what was going to happen next. I felt a very special confidence around me, and that was enough to change my decision.“

After Seat and Audi, Walter de Silva takes over as head of design for the Volkswagen Group. He succeeds Murat Günak – above – (https://www.csa.com.tr/language/en/murat-gunak/), who was with VW from 2004 to 2007. Murat Günak is a former designer… Peugeot! At the time, Walter de Silva confided to us that “Murat Gunak’s vision did not correspond to mine, but that’s normal. The fundamental difference is that he was at the same time head of design for the group, and also for the VW Design brand, whereas I wanted a head of design for the Volkswagen brand, so I was much freer to work on the conceptual part, the development phase. This allowed me to be a little bit away from the day-to-day problems.“

In 1998, when Walter de Silva turned down the position of Citroën’s styling director, Robert Peugeot resumed his mission to find the perfect designer for the role. As we know, the story goes that a beautiful meeting with Jean-Pierre Ploué (above), then at Ford, finally came to fruition. We know the trajectory of the French designer, who is now in charge of PSA Group design. But by the way, what has become of Walter de Silva?

At 69 years old, the Italian designer is today CEO of the high-end women’s footwear brand WALTERDESILVASHOES, a brand created with his wife Emmanuelle. This company is the culmination of a (almost) hidden dream! Discover the official website here: https://www.walterdesilva.com 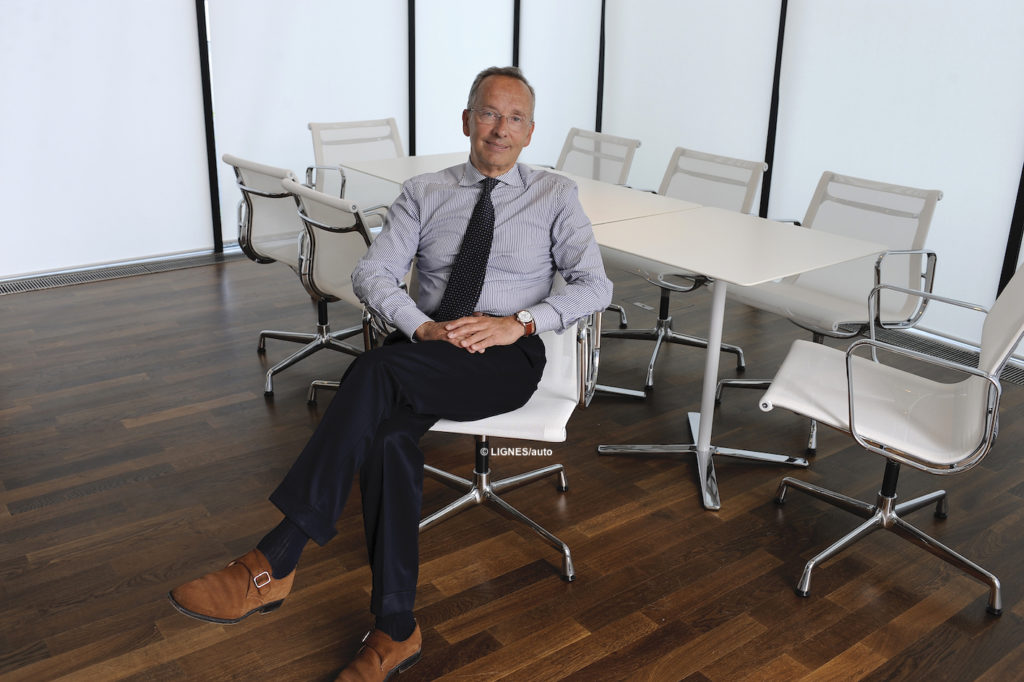