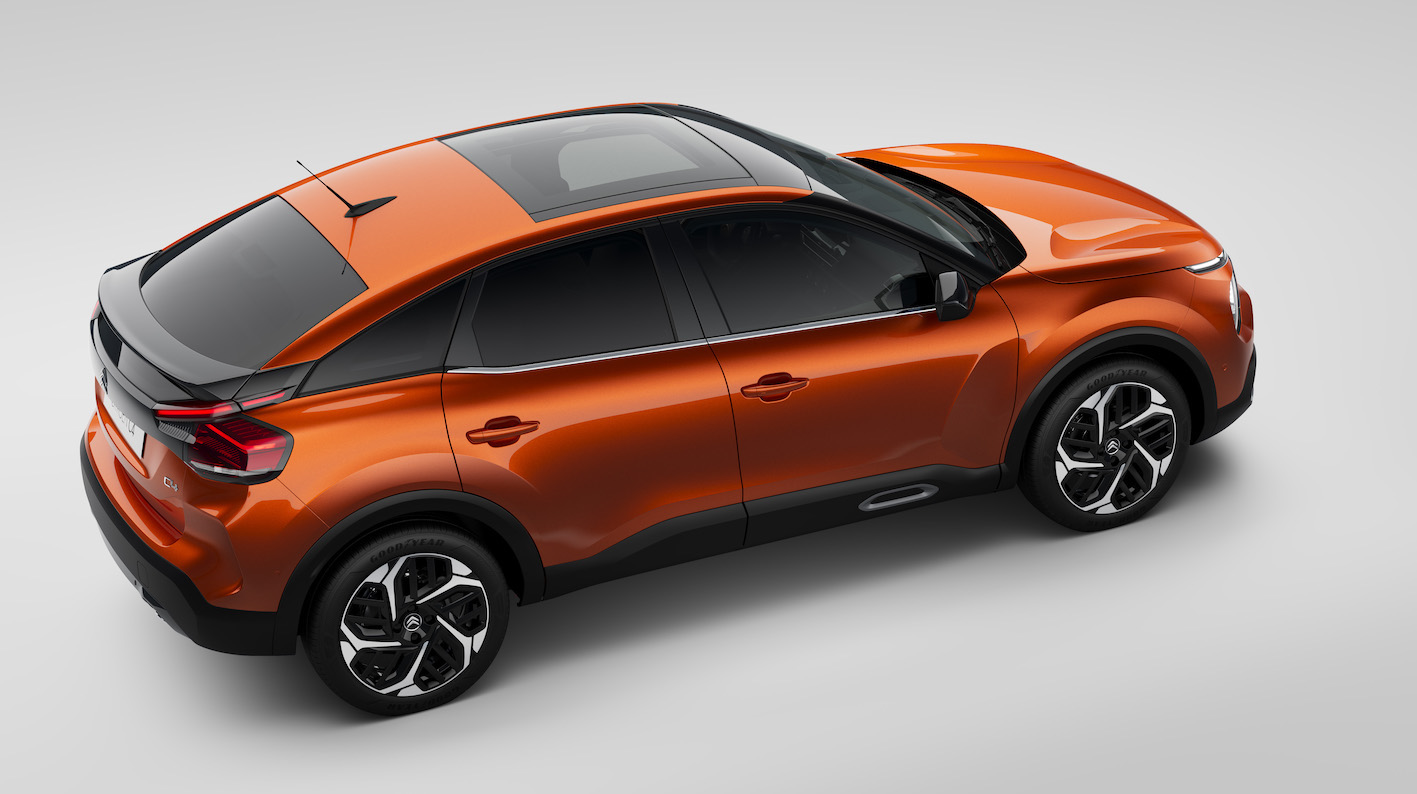 Talking about lines, curves and design is a very subjective matter. But Citroën announces that its new compact C4 offers “a silhouette playing with several car codes, which marks a new stage in Citroën’s style.“

This new stage retains the identity that appeared with the CXperience concept car in 2016, four years ago. The two crow’s-foot grille bars are very much in evidence. But for the rest, it’s hard to believe that the work done on the smooth surfaces of the 2016 concept car has been perpetuated.

The difficulty of the CXperience styling treatment was precisely to define a volume without edge lines, all soft and muscular with impeccable shapes. A style that, according to Pierre Leclercq, who joined Citroën’s styling department two years after this concept, had to be perpetuated.

“It’s extremely important,” he added, “because that’s where you differentiate yourself from the other brands, especially the other brands in the group. Today’s and tomorrow’s Citroën design is less lines and more muscles, it’s a long work on the surfaces, it’s something we want to keep, that’s Citroën’s philosophy. But it’s obviously more complex to deal with.” This view below with the two models superimposed clearly shows a break between the hyper-smooth CXperience theme and the more jerky – let’s say, more worked out one… – of the 2020 C4.

If we look at the detail below of the stamped doors of the new C4 (top) and the recent 2008 Peugeot (bottom), we can see a “transversal” desire in the Group’s design, to add deep-drawn volumes that give character to the sides. The Peugeot’s “triangle” seems to be better integrated, while the inverted “C”, hollowed out of the C4’s door, is more surprising.

1- : the wing thickness of the C4 saloon is paradoxically greater than that of the 2008 Peugeot “SUV”.
2-: anthracite-coloured wheel arches are now adopted on the majority of the silhouettes based on the CMP platform. A trick which gives the sensation of larger wheels and compensates for the current heightening of the models.
3-: the Citroën’s stamping is much more pronounced than that of the Peugeot. The latter reminds us of the graphics on the rear of the vehicle unlike the Citroën C4.

According to Citroën’s short press release, the ë-C4 and C4 are “worthy heirs to a line of daring sedans, including GS (above) which is celebrating its 50th anniversary”. The above document therefore reveals the evolution of automobile design at Citroën over a period of half a century. Above all, we are delighted by the strength of the C4 concept, which makes us forget the bland ZX or Xsara.

However, aside from the size and three-side window silhouette, there’s a world between the aerodynamic fluidity of the grandma’s and the body saturated with hollows and solids of the granddaughter.

Even if the coincidence of dates (50 years of the GS and revelation of the C4) is legitimately taken into account for this presentation, we are surprised that this C4 2020 represents rather what could have been the renewal of the DS4 Crossback (above). Breaking codes by mixing the genes of a sedan or coupe with those of an SUV is not something new within the PSA group. It seems that the territories of each brand tend to overlap at times…