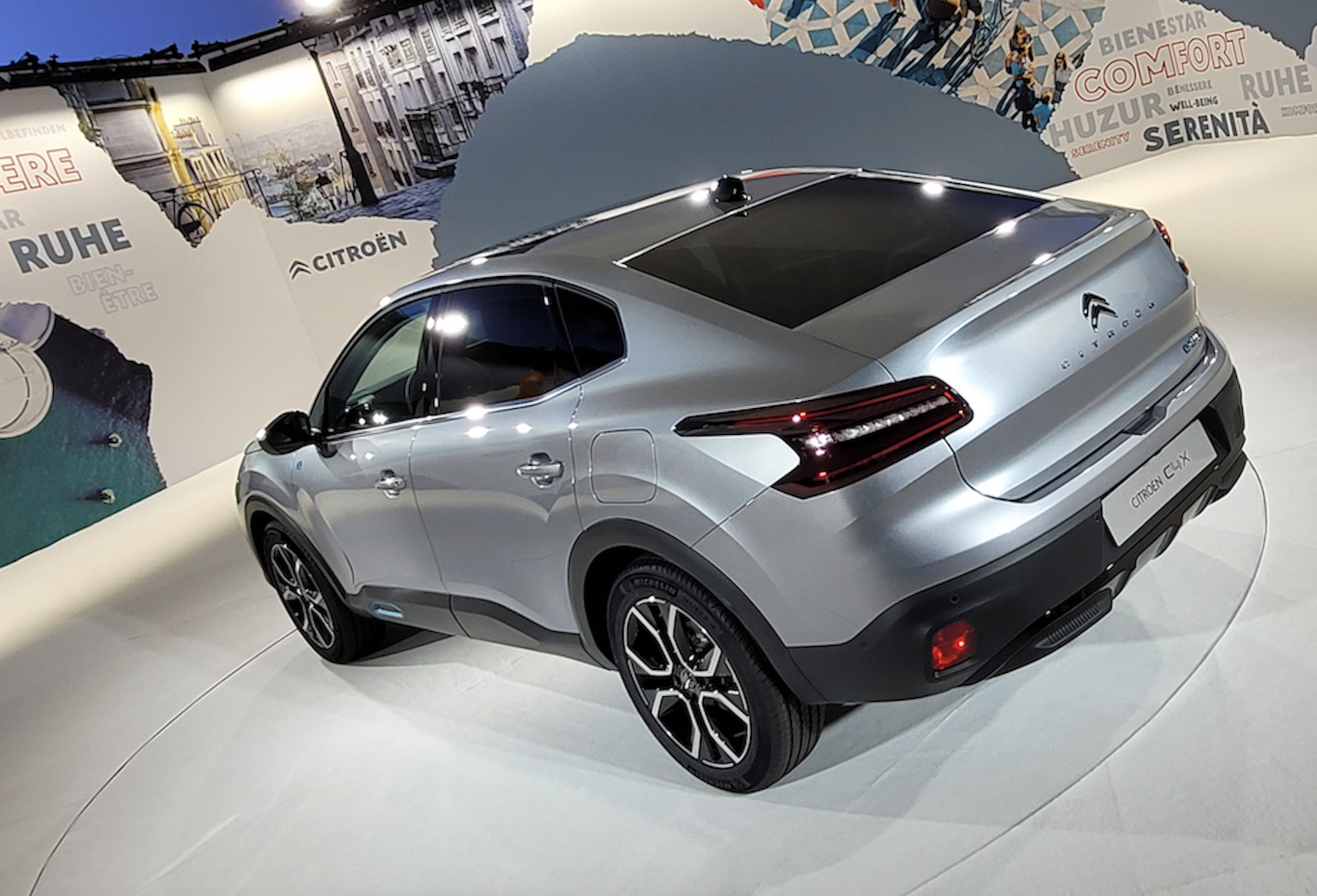 This is the Citroën C4 X, based on the 5-door C4 saloon, but with a classic boot, without a hatchback. This programme was not added along the way alongside the C4, as Pierre Leclercq, Citroën’s design director, confirms. “It was always planned from the start of the programme, but I arrived just as we were starting it alongside the C4, which was already ready. The 5-door C4 is therefore the work of Alexandre Malval’s team, ex-director of Citroën styling, while the 4-door C4 X can be considered as the real first baby of the team led by Pierre Leclerq.

“It was the first project that was launched when I arrived. It was carried out quite quickly with the engineers, the product and its designer Sylvain Henry. What I wanted to do was to keep the Citroën design language, round, soft and simple, while adding some very technical touches such as the lights. Elements that stand out from the bodywork, in 3D, and which offer a different language of form in these areas.”

The Citroën C4 X is “a very intelligent car, because in the end it is the same as the C4 right down to the rear doors. But the complexity of the project was to create a different product with work that only concerns 20 to 25% of the whole car!”

The dynamism for this classic trunk car comes mainly from the receding roofline, almost like a fastback coupe. “I wanted to push the car forward with this particular design, to create that dynamism. The proportions are good. The tail lights stay outside the trunk lid and stretch out on the sides to accentuate that push effect. The lights are 3D and have a chevron-like design reminiscent of the C4’s seat upholstery. “Our LED headlamp signature will evolve further in the future,” explains Pierre Leclercq, even if here it takes up the theme from the 19_19 concept car, which has already been seen on the C5 X and C4.

As for the choice of a boot rather than a hatchback as suggested by the fastback silhouette, this was chosen from the outset to ideally position the car in the target global markets where the boot sedan is the most popular choice compared to the hatchback. “This separate boot is effectively linked to the markets. This architecture isolates the passenger compartment from everything, in terms of noise, heat, dust…”.

And although it was only necessary to work on the rear of the car, the process followed a classic methodology with work in digital but also on clay models. “The design is very different on this rear part, with much more sheet metal than on the saloon where there is more glazing or glossy black parts. Again, the idea was to go against the styling theme of the sedan.”

Technically, the C4 X, designed for international markets as well as for Europe (and therefore France), is identical to the C4 and therefore offers a 130 bhp diesel, two 100 and 130 bhp petrols and a 100% electric version of the C4 X, which will be the only one marketed in Austria, Belgium, Germany, Luxembourg, the Netherlands and the Nordic markets. Sales will start at the end of the year.