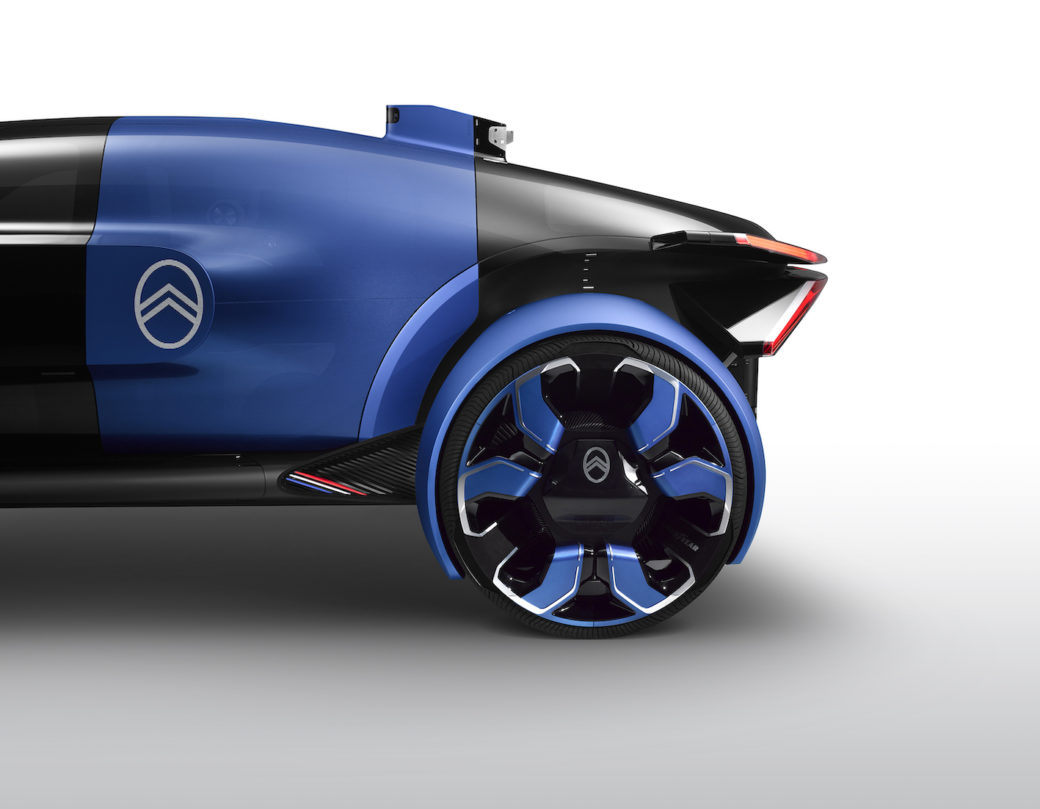 The Citroën 19_19, which celebrates the brand’s centenary, is not a car like our brains used to define it. It’s a capsule suspended by huge 30-inch wheels. Yes, you read it right: 30 inches. That is to say, each of the wheels has a diameter of nearly one metre ! 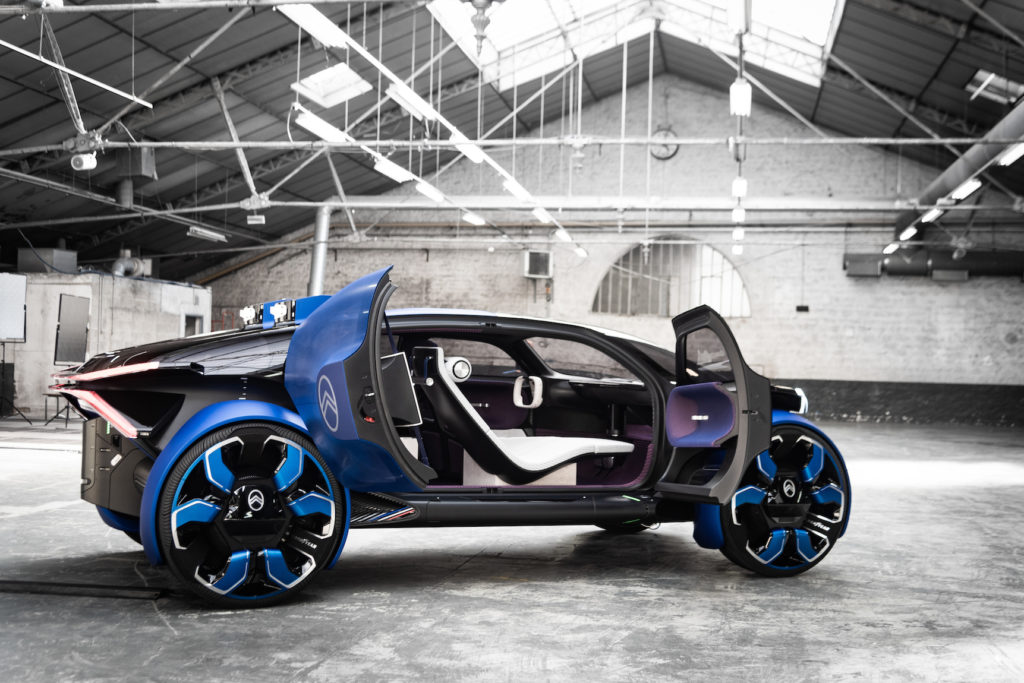 “We had a request from Citroën last year for a rather special partnership work,” explains Sébastien Fontaine, designer at Goodyear’s research centre in Luxembourg. Special enough ? And for good reason, Frédéric Duvernier, head of concept cars at the French manufacturer – in conjunction with the Prolab design department – is looking for a 30-inch wheel, nearly one metre high, to integrate it very early in the prospective design of the 19_19 concept car.

A little crazy at Citroën ? “No, no more than we do,” Sebastian says. “But it is true that the first criterion came from this extraordinary diameter: 91,3 cm! From the very beginning of our partnership, Citroën’s design has given us the theme of the concept, with this capsule on wheels. Their desire was really to integrate the rim-tire assembly into the overall design of the concept car. With this project, we go beyond the boundaries of the study of tyres alone. There were many exchanges, we went to their homes to the DNA and it is this integration that made everything work perfectly.” 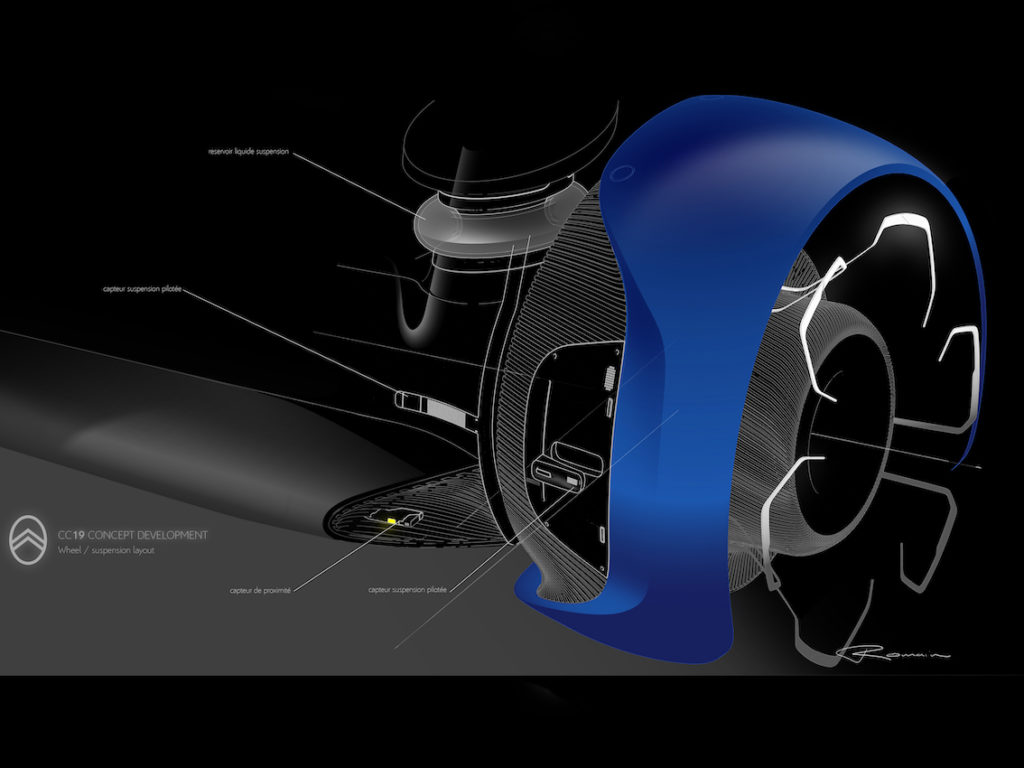 Samuel Pericles, Prolab designer with the PSA group also acknowledges that on Citroën’s side, “the idea of this pneumatic sidewall that extends over the rim was in the air. Even if we are not tyre manufacturers, this theme was chosen very early on to design a new generation of wheels. So we worked hand in hand with Goodyear on this “concept-wheel” and the whole wheel was designed in 3D even before the tyre shell was finalized.” 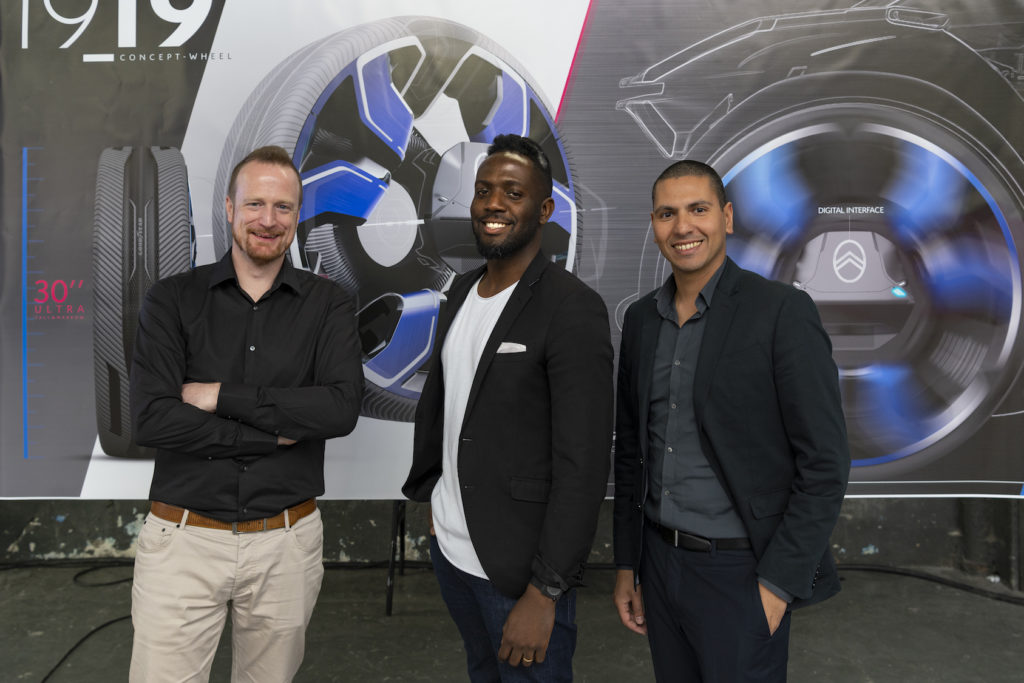 Until then, Goodyear had 20-inch tall and norrowen tires in its boxes, but this time, as Nizar Toumni, Goodyear’s development engineer, explains, “we were moving to a whole new scale: from 255-30-30! But our partnership allowed us to design the tire with the car. We can even say that the car was designed around the tire! It’s true that when you see the tire alone, it’s impressive, but in place on the car, nothing shocks you because everything has been designed around this wheel.” 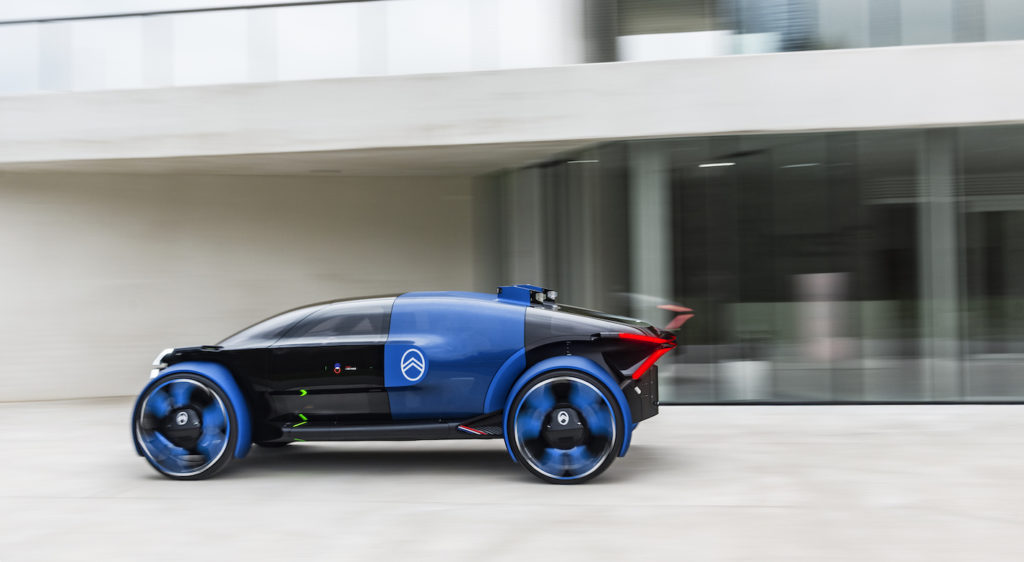 A tire like this is not here to break records. Its development allows for significant advances in the field of tyres and their integration into the vehicle, as Sébastien Fontaine points out: “Tall and norrow deforms less and in this extreme dimension, it generates less heat and offers better resistance to friction. It also contributes to the notion of comfort, which is so dear to Citroën. The footprint is longer than on a standard tire and it forgives more of the road imperfections.”

However, with a low waist like this, comfort must suffer ? ” Not at all, on the contrary because the sidewall is not as small as that considering the overall dimensions of the wheel! Another advantage on the comfort side is the noise reduction. This dimension makes it possible to position a much larger number of rubber blocks than on a conventional envelope, from about 60 to more than 150 blocks ! “

And since the rim is gigantic, Samuel Pericles of Prolab PSA has designed a very special central hub. “It is a fixed part that serves as a digital interface between the connected tire and the car. This very technical element in its design will communicate the state of the surface (smooth, bumpy, dry, wet…) to the car, which will instantly modify the suspension laws or other. This block is fixed so that the logo is always visible even when driving.” Like a Rolls-Royce, nice reference !

The tire has one last major innovation, as Sébastien tells us. “We observed and worked on the natural sponges. They are extremely hard when dry and on the contrary, soft and absorbent when wet. We have implanted this texture inspired by organic mimicry at the bottom of each tire groove. In the rain, it absorbs more than any other tire under the same conditions, while in the dry, when it hardens, it will stiffen all the blocks of the tire and promote better handling. ”  This foam not only absorbs water, it also absorbs noise and improves acoustic comfort ! This concept-whell shows a unity never seen before in the design of a show prototype between a manufacturer and a tire maker.