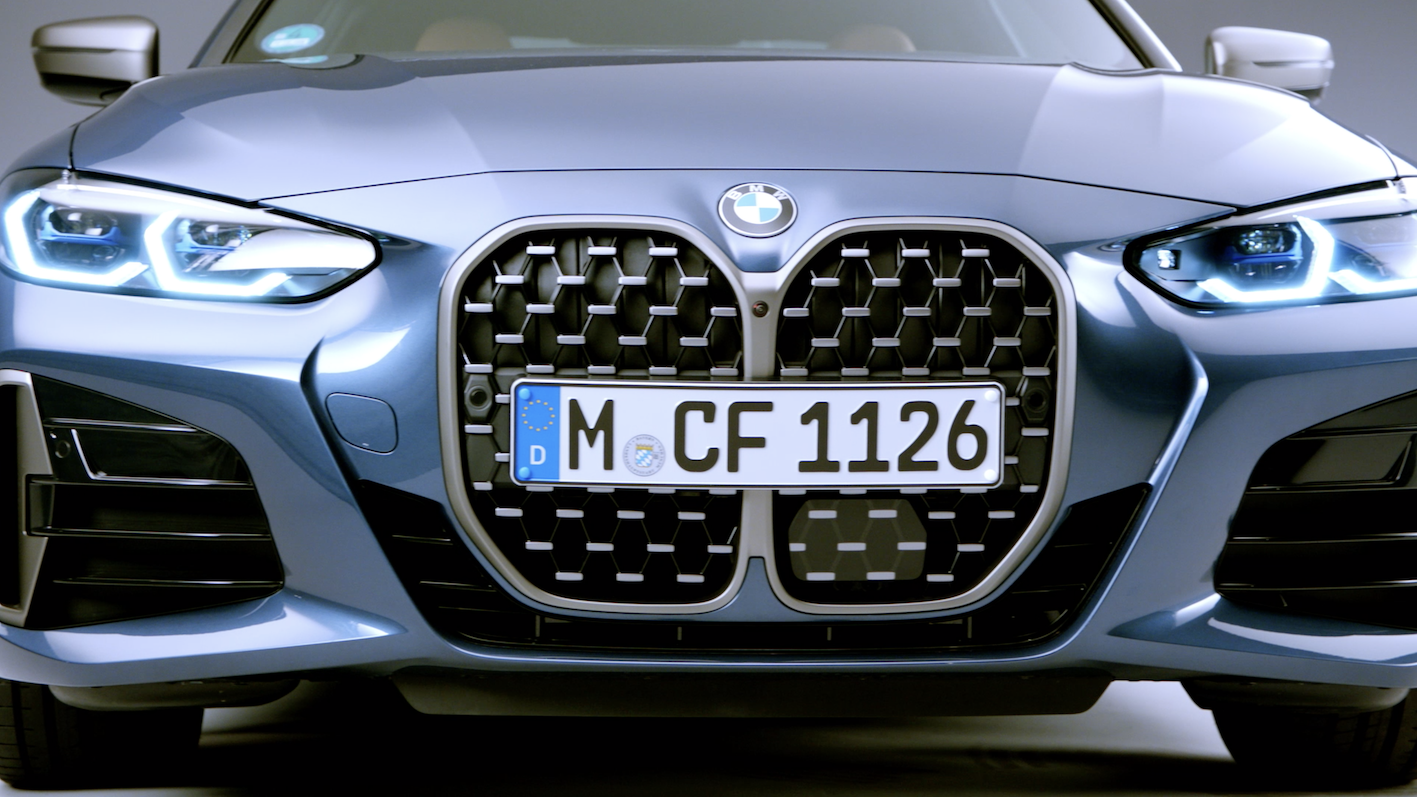 Here it is at last, the new BMW 4 Series coupé, which will be on the market from next October with two distinct physiognomies, differentiated by two specific soft-nose.

ITS DESIGN IN DETAILS

Above, the now “classic” hood job at BMW.
We still find the same aesthetic themes on the work of the engine hood at BMW with in the case of the 2020 4 Series Coupe an additional line (2) while the curve (3) is usual and allows to tighten the lines on the front part, while embarking the lines of the hood towards the foot of the windshield in an elegant way. Only the line (1) is on the soft-nose, thus avoiding complications in the bonnet/soft-nose coupling.

Above, the double bean of the grille is made in one piece and a matt aluminium-coloured bar (1) now separates them. In the circle, you can guess the complexity of the soft-nose mould with multiple cuts and a work that tends to make the famous vertical radiator grill more three-dimensional.

Above, in elevation, the 2020 Series 4 coupe paradoxically confirms a simplification of the design. No sharp lines or imposing grooves detract from the smooth, flowing styling of the flanks.

Above: this simplicity of the flanks does not prevent very detailed work on some lines. In (1) we find the Hofmeister line once again reworked and gradually losing its original character. In (2), the wing curve is brought by a discreet line coming from the front. In (3), another barely perceptible line comes to die in the wing curve, without any artifice. A detail seen notably on the Peugeot e-Legend concept car. In (4), the curve of the wing is supported in the upper part by another very discreet line coming from the upper part of the body side. It’s clean!

Above, the big news of the 2020 Series 4 coupe: it looks like two bodies are being offered, but it’s actually a change from the only soft-nose. This gigantic piece (see below) gives the new coupe two faces. On the left, the dynamic “M Sport” and “M Sport Pro” version with a desire to put the vertical grille even more forward, and on the right, the classic version with a simpler, less tortured soft-nose design.

Below, the classic version of the 2020 Series 4 Coupe retains the same grille as the “M Sport” coupe but is fully integrated into the wide bumper.

Below, the stern of the coupe in its “M Sport” configuration. We find the luminous signature of contemporary BMWs, originally inspired by the BMW Efficient Dynamic concept car that gave birth to the BMW i8.

The design of this new coupé can be summed up in a few words: the body itself is extremely sober, with little line and sides built with volumes without marked lines. Conversely, the bumpers are extremely aggressive, especially in the “M Sport” version. Hot and cold in a way. The question remains as to the acceptance of this huge vertical grille…