The first generation of Ford Fiesta (1976) to enter the market four years after the Renault 5 was designed by Tom Tjaarda, who died in 2017. It was above all the first small sedan of the American giant, which is also a front-wheel drive. At the end of the 1960s, Ford US asked itself whether it was time to make a clear attack on the European market and therefore follow the trend: to embark on the race for a small city car with front-wheel drive.

While Renault stylist Michel Boué is designing a strange little urban car that will become the R5, Ford is calling on his consultant Ghia to try to find a solution to rival the one that all automakers have in their sights : the Fiat 127.

Tom Tjaarda designed a perfect design for a light, three-door sedan, lightweight (700 kg) and entrusted Ford with the task of developing it with CAD: “computer-aided design”, a major innovation of the early 1970s in design and engineering offices.

Internally, the project is very widely followed and (a little) modified by Uwe Bahnsen who was the pilot of the brand’s design until 1986 after joining Ford in 1958. He will end his career with… Patrick Le Quément ! Both of them signed the surprising first generation Ford Sierra in 1982. The Ford Fiesta arrived on the French market in 1976 with Robert Broyer’s new Renault 14, which was also designed with CAD and the Unisurf system. If the Renault could count on ponies in its first advertising campaign “the 7CV of happiness”, the little Ford was acclaimed by Roger Moore himself ! (see below) 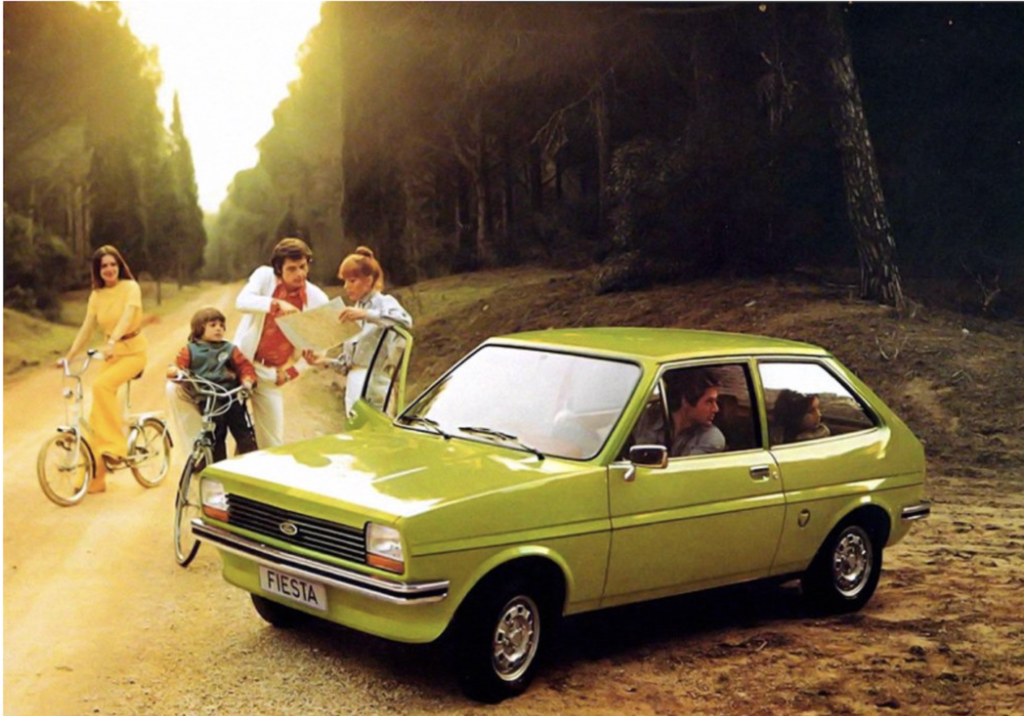