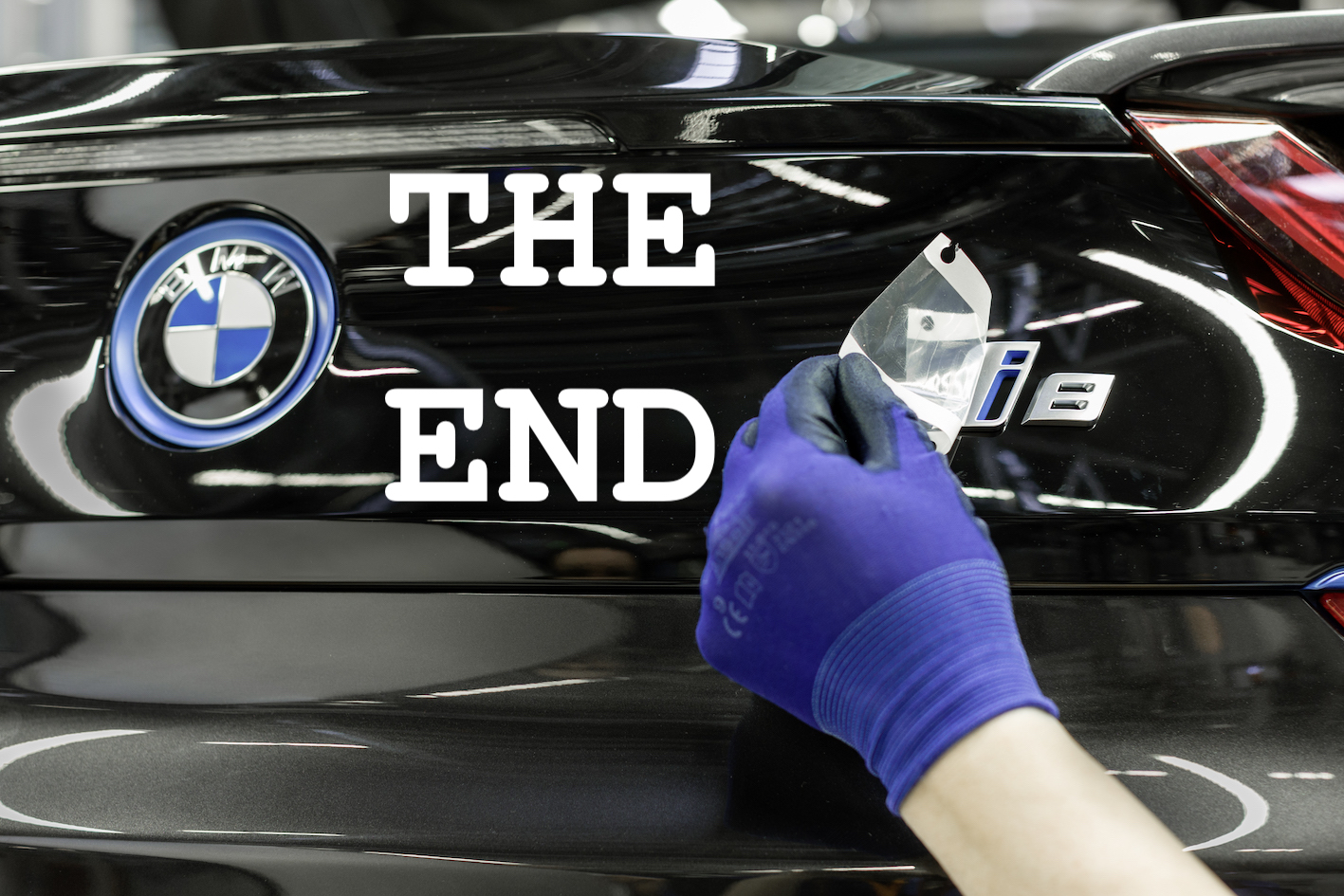 The BMW i8, the first Plug-in Hybrid in the history of the German manufacturer, is retiring. The last units are assembled in Leipzig and tomorrow it will join other icons of the range. In the museum… Tribute to this fabulous aesthetic and technological concept car, one of the few to have passed the production stage.

Eleven years ago, at the Frankfurt Motor Show, BMW unveiled a concept car with extreme lines. This show prototype is in fact the protoype of the vehicle that BMW wants to market to demonstrate its willingness to enter the world of the plug-in hybrid car.

This concept is the work of Mario Majdandzic for the exterior, and Jochen Paesen for the interior, under the direction of Frenchman Benoît Jacob, who left Renault, where he designed the Laguna II and the Spider Renault Sport, to join BMW. He will become design manager for the “i” line later on, before working for a Chinese manufacturer, while remaining in Munich!

The study of a 2+2-seater sports car with butterfly doors, a reinterpretation of BMW’s formal language, a plug-in hybrid system and all-wheel drive was enthusiastically received. This was followed by the announcement of the series production of this concept within a new BMW i line.

The BMW Vision Efficient Dynamic anticipates the strict European CO2 emission regulations and takes advantage of this to break the mechanical codes of the ultimate sports car: no V12, not even a V8 or even a 6-cylinder. No, the BMW i8 only needs a 1500 cc three-cylinder engine. But the hybrid technology with two electric motors gives it the power of 356 hp.

In addition to the revolution in styling and powertrain, BMW is also taking advantage of this concept to implement the production of structural and bodywork parts made of CFRP (Carbon Fibre Reinforced Plastics). The combination of a passenger cell made of this material with an aluminium chassis is a major step forward for a manufacturer that is aiming for significant production.

The BMW i8, which will go into series production in 2013, required a worldwide journey of this technology with carbon fibres assembled in the United States and no less than three factories in Germany to make or assemble the CFRP parts.

The BMW has also given pride of place to recycled materials. The selection of materials for the interior and production of the BMW i8 was strongly focused on sustainability. The leather used for the seat and dashboard surfaces is tanned with olive leaf extract. The raw material for the textile materials is a polyester granulate, which comes, among other things, from recycled PET. The electrical energy required to produce carbon fibres at Moses Lake in Washington State in the United States of America is 100 % hydropower.

Six years after its market launch, production of the BMW i8 coupe and Roadster will cease. The BMW i8 was the first Plug-in Hybrid model of the BMW Group and paved the way for a driving pleasure that is as dynamic as it is sustainable, becoming the embodiment of the fascination of driving with electrified drive technology.

The Leipzig factory is currently producing the last 200 units of the limited edition “Ultimate Sophisto Edition”. One of these units, assembled last December, was the 20,000th product.

The BMW i8 will not remain without offspring. Probably not on the same principle of the concept car pushed towards the series, but with other ambitions and a perennial production, in particular thanks to the CLAR platform which allows all imaginable drivetrains! Is the M Next concept (below) the prefiguration?

Many others before him tried to clear this territory of the supercar of the 2030s. Without forgetting the very beautiful M1 Hommage (below) designed by… Benoît Jacob in 2008 for the 30th anniversary of the M1

For example, one of the most fabulous BMWs is on its way to the museum. With pride I imagine. This “disruptive” coupe, as the communication specialists say, proved long before the others that the exclusive sports car knew how to remain desirable and efficient, even with increasingly stringent standards. Just for that, just for its 3-cylinder engine, which some people jeered at the launch of the i8, thank you, i8!