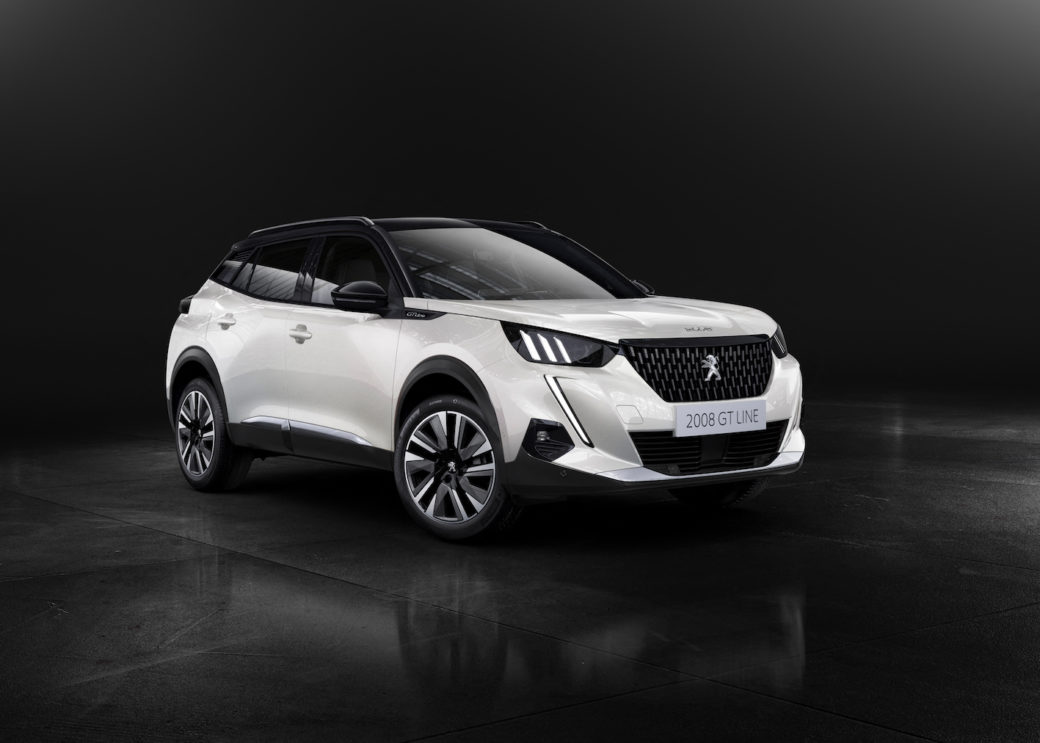 Peugeot is not unemployed! While in the corridors of management, by all (good) means, we are trying to offer a fully electrified range by the middle of the next decade, and while the 208 will be on the market, here is the new 2008. The SUV counterpart of the small sedan unveiled in Geneva last March is throwing off its SUV-break clothes to suit the perfect array of the real thing, even though it remains a two-wheel drive.

We will simply address the theme of style in this post and welcome once again the systematic progress of the brand’s proposals. She could have fallen asleep on the success of her 3008 and interpreted her 2008 according to the same aesthetic themes. And yet, the 2008 brings a very significant evolution of the style that we may find on some of the brand’s derivatives. 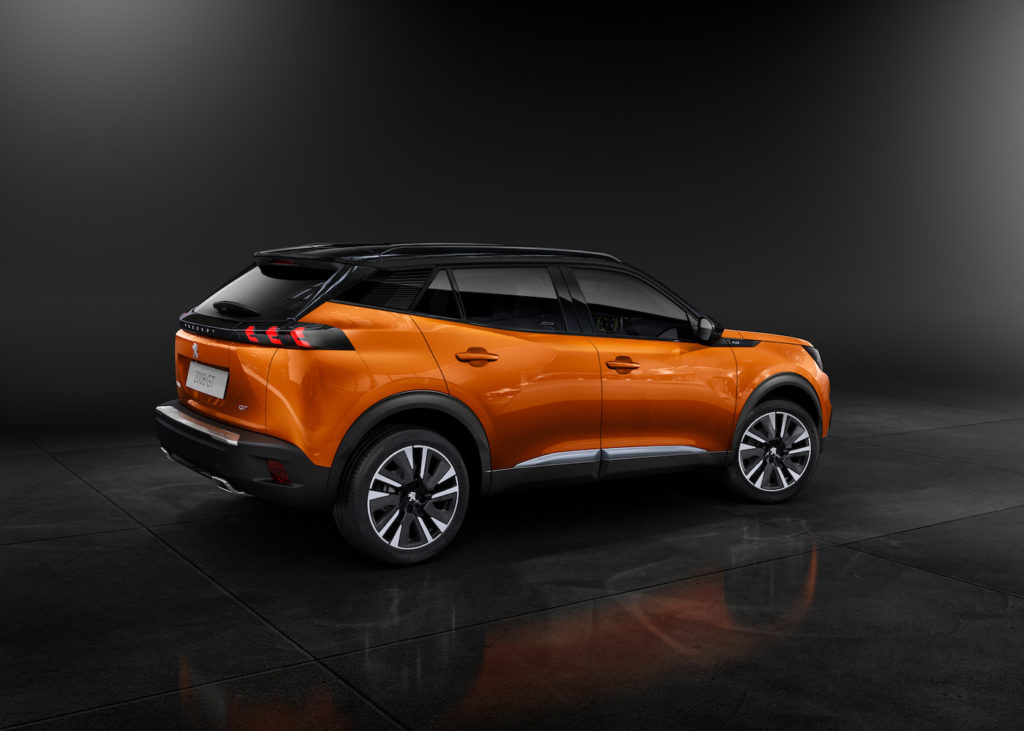 Because the 2008 of 2019 is not a simple reduction of 3008. Quite the contrary….
Gilles Vidal, the head of Peugeot design, explained it to us last March (here: http://lignesauto.fr/wp-admin/post.php?post=8719&action=edit) “We don’t clone our cars. A balance must be found between brand recognition and the specific design of each of our models. It makes sense to create a more playful and playful design on the 208, rather serious on the 508 and even different on the 3008.” And when asked if the future 308 would mark the end of this theme of style, Gilles Vidal replied that “no, because there are things that have happened in the meantime. Take the light signature at the front with the fangs: it occurred during the renewal of the range, with the Instinct concept car, and therefore only present on 508 and 208 for the moment.” And now on 2008. 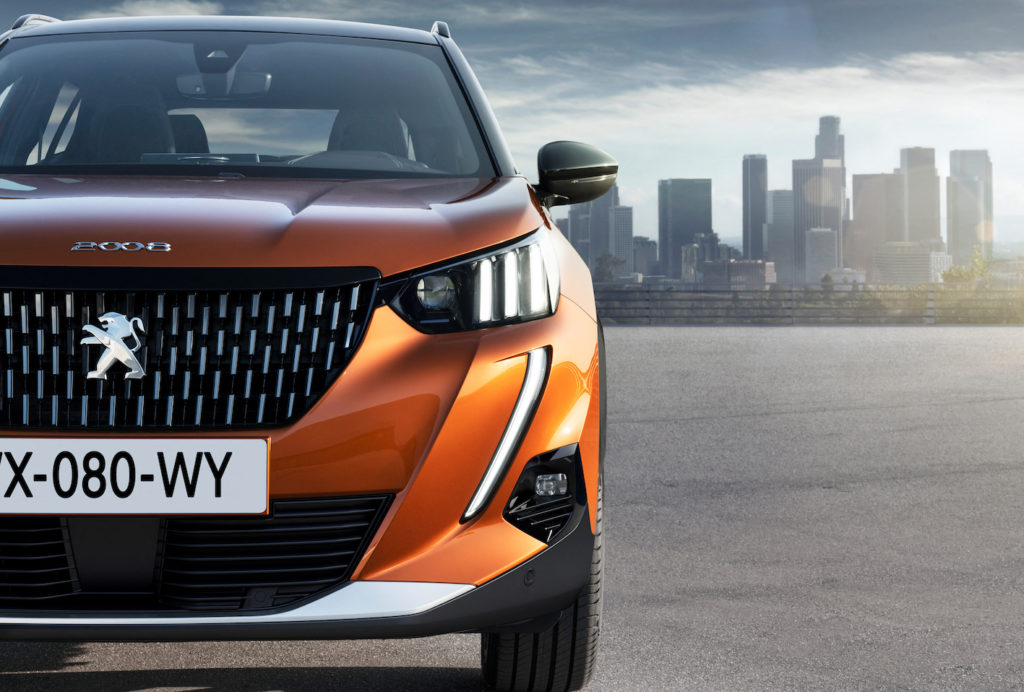 “But for the next blows, it is not forbidden for us to imagine stronger ruptures, without harming elements that remain in continuity. I don’t want to talk about the 308, but for the next moves, we don’t want to decide on a strategy too quickly, because today, it’s good to wait as long as possible to decide things. For example, the light signature on the front of the 508 will probably not last until the model is renewed because it will take at least eight years. We do not know today what it will be or when it will happen. I will be able to answer you in three years perhaps ! In the world of automotive design, we can provide quick answers despite the weight of this industrial world. We have a clear long-term vision, but we must be able to change every day if there is a need to change. And we are able to do that…“
That’s a good point, because since this new 2008, things have changed with a small stylistic revolution in the treatment of the body side. 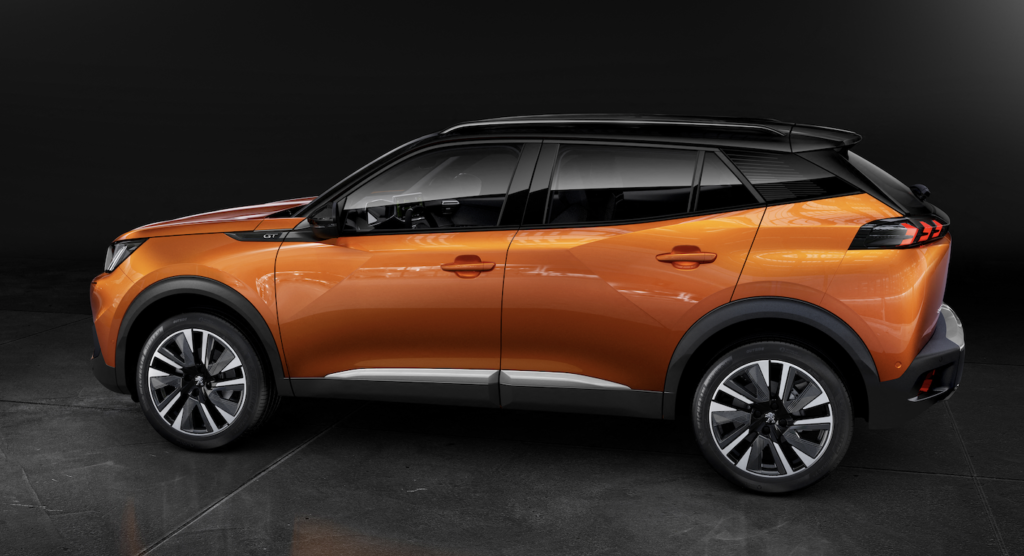 Peugeot had accustomed us to make a suit (in the noble sense of the word) for his creations with a curved volume on the sides that gave all its dynamics to the whole. From now on, Peugeot dares to use the ‘triangle’ and adopts an aesthetic theme on its sides that at least two other brands have chosen : Audi and… Lada ! What extremes ! 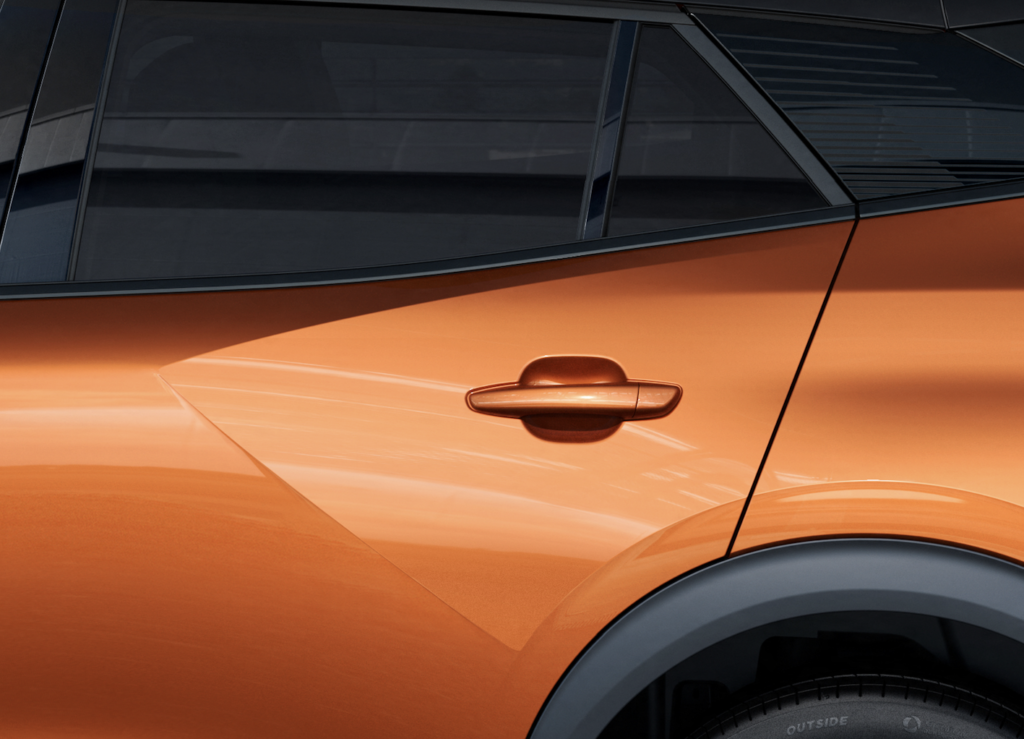 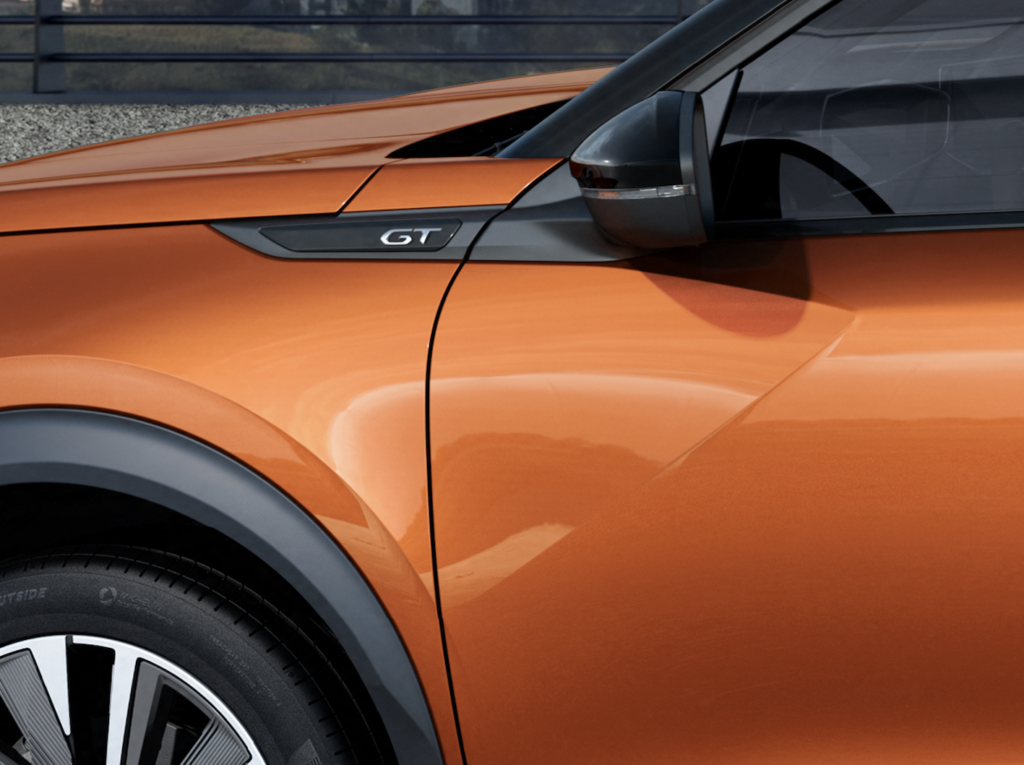 The aim is to design the volumes of the sides not only longitudinally with edge lines running the entire length of the vehicle, but to treat these sides in “latitude” with lines that this time travel at the height of the side. Here, on the 2008 (above), they create triangles upstream and downstream of each of the wheel arches. 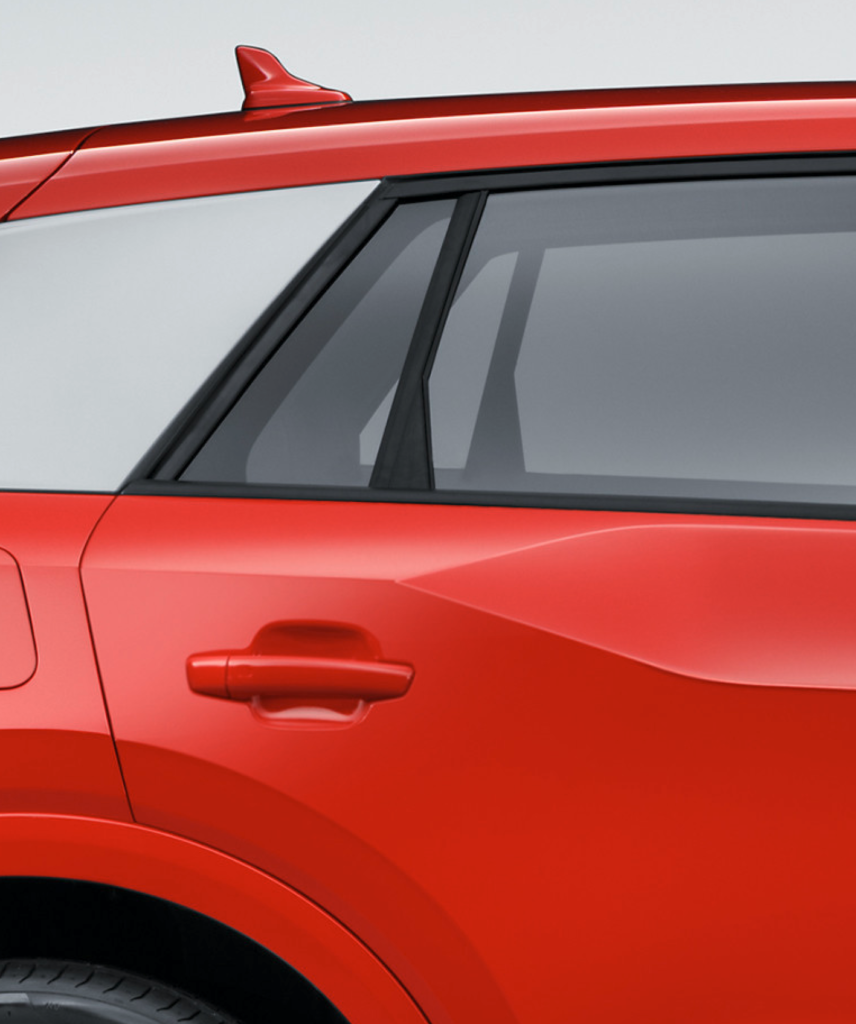 With its Q2, Audi is familiar with this principle but with more reserve than on the sides of the 2008 Peugeot, as can be guessed from the details above and below. 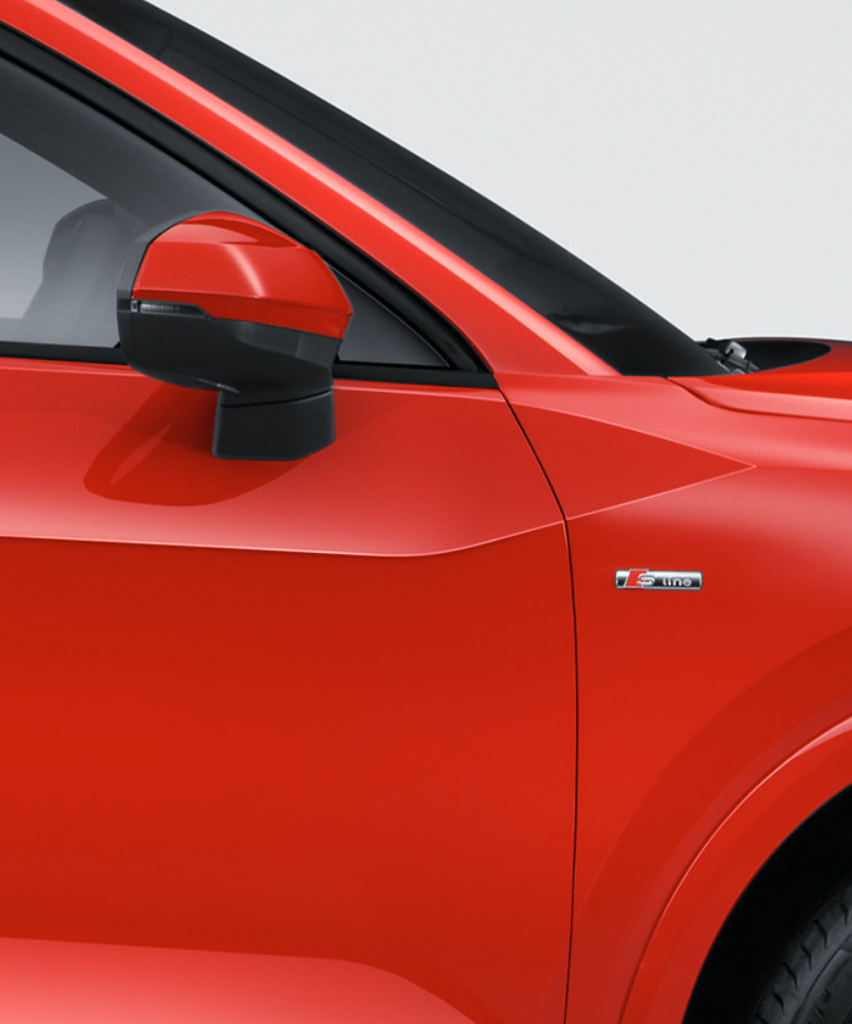 But for a manufacturer belonging to the Volkswagen group, the sides of the Q2 (below) are considered as an extraordinary audacity ! 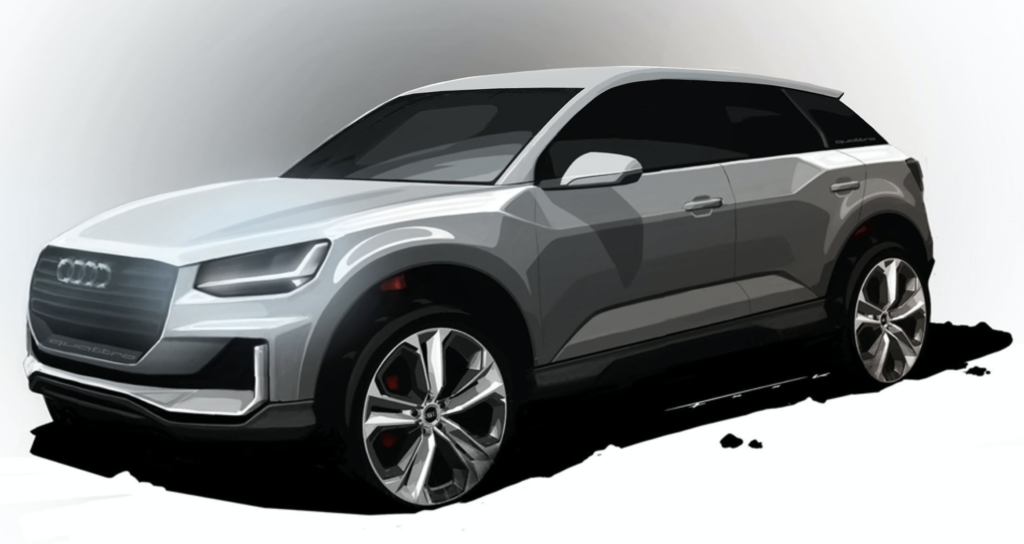 Peugeot, for its part, has not hesitated to break the codes and more than design, it is the “design-industrial” that is to be welcomed because the stampings of these parts are finely made with just the right amount of relief. A beautiful work that must have made some people grow a few white hairs! Moreover, this facetted and bold profile, according to Peugeot, “immediately catches the eye, with different triangular lines. The result is a nervous and incisive style, representing a real technical feat for the stamping of the parts: never have the flanks had so much volume! These lines end on the tailgate, for an undeniable overall coherence and homogeneity”. 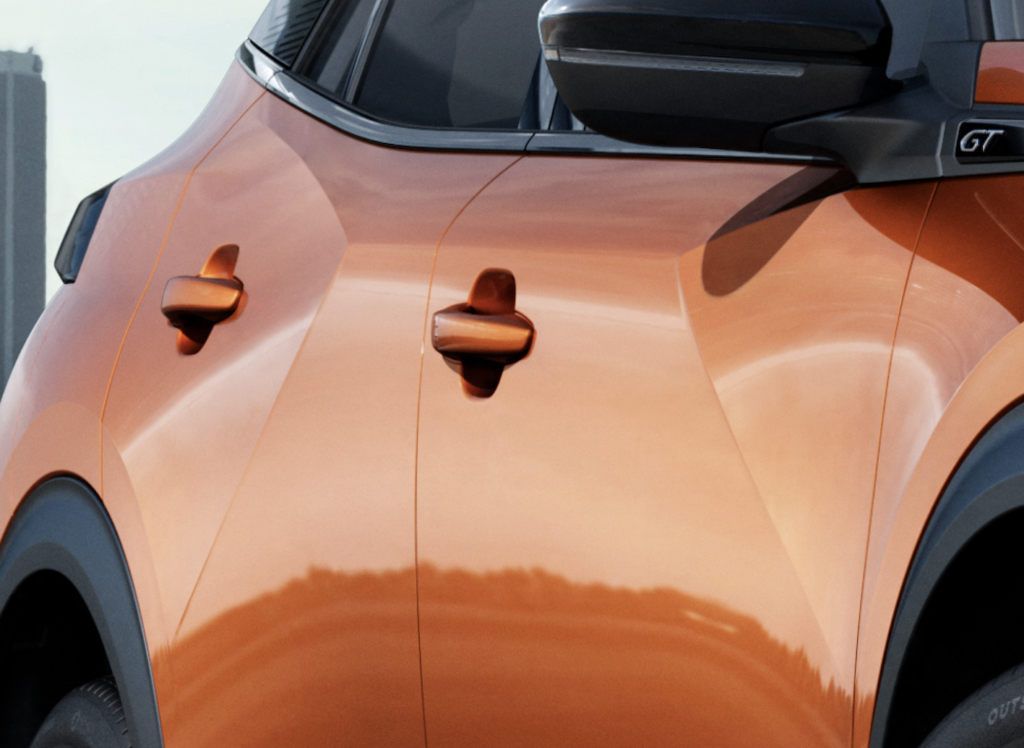 Lada, on her side (below) has also softened this theme for her new creations, but it is deliberately applied to excess, and the relief is exaggerated, according to the desire to give a new image to a brand that is growing in Russia. 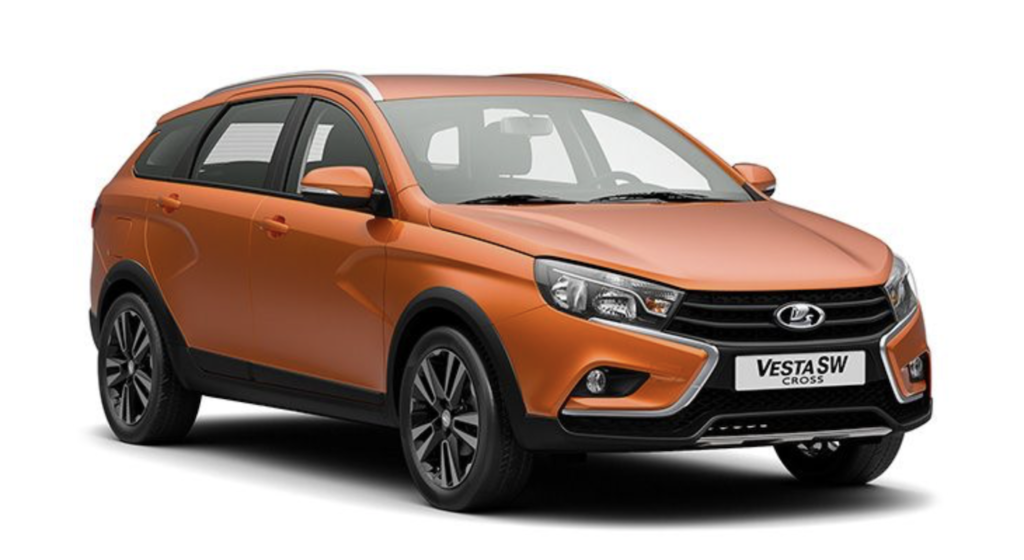 Let’s go back to this new 2008 which really changes everything since it also grows by nearly fifteen centimeters ! At 4.30 m in length compared to 4.15 m for the previous generation, the 2008 almost changes category. It is regrettable that the HR1 urban concept car of the beginning of this decade (below) did not come into being because it would have perfectly filled the space left free by this 2008 evolution. 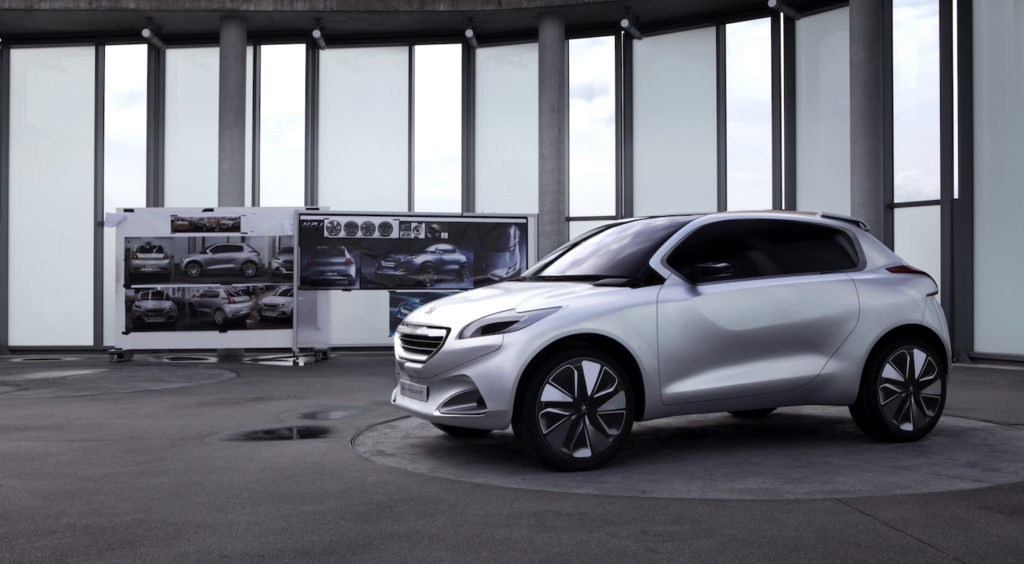 It should be pointed out that the almost 15 cm additional height compared to the current 2008 is mainly dedicated to the wheelbase. The CMP platform is used here in its long wheelbase version (2.65 m), 11 cm longer than the classic wheelbase version used for the new 208 ( 2.54 m). It should be noted that the 2008 borrows from the 208 sedan its dashboard with an instrumentation panel available in 3D and, via its CMP platform, its powertrain for a 100% electric version.

The new 2008 model now on the market will be produced in Vigo for Europe and Wuhan for China.
Here are the technical characteristics of the petrol and electric versions: