In May 2018, more than 15 months ago, Harald Krüger, Chairman of the Board of Directors of the BMW Group, announced at the Annual General Meeting that “the iNEXT project will provide our basic elements for the future, from which all our brands should benefit.” Now comes the time for hard work and intensive testing as the marketing of the BMW “SAV” (Sport Activity Vehicle) 100% electric is announced for 2021 !

To achieve its goals with this 100% new model, based on a specific platform and an aluminium and steel chassis, BMW is in the production phase of a hundred (!!!) prototypes in its pilot plant(*), prototypes that have already been running for a few months in tests.

(*) The BMW Group’s pilot plant is located in the Munich Research and Innovation Centre, with three other facilities in the north of the city, in Hallbergmoos, Oberschleissheim and Garching. With a total surface area of 100,000 m2, it employs 850 people who work on up to six vehicle projects simultaneously.

Here is an exclusive “behind-the-scenes” look at the pilot plant in the heart of the Research & Innovation Centre (FIZ) in Munich. Prototypes are manufactured in the strictest secrecy, in specially reserved areas of the factory. They are used for testing and to prepare for subsequent series assembly.

Udo Hänle, responsible for the integration of production and pilot plant, acknowledges that “preparing an all-electric vehicle for mass production is a difficult task. By the time production officially begins, we will have built up to 100 prototypes of the BMW iNEXT. In the meantime, the pilot plant will use a series of new innovations to further streamline and accelerate our processes. We are already preparing our employees at the Dingolfing production plant.”

The steps in the mass production process are defined and refined at the pilot plant, where experts also validate all vehicle functions, including electric and automated driving functions, and sensors for driver assistance systems. For this future production, employees are using for the very first time new digital tools to refine these assembly processes.

The first white bodies of the BMW iNEXT are being assembled in the pilot plant. The different sections are glued using a new technology : “rotary” gluing. It assembles high-strength aluminum and steel by using the frictional heat generated when a steel component pierces an aluminum part. The heat of the steel part welds the two components together.

An augmented reality application also speeds up the various controls on all iNEXT chassis assembly processes. The BMW group also uses “tomography”. In the pilot plant, four robots emit X-rays that scan the prototype. The data they collect is used to calculate a 3D image that can be used to analyze the interior of the entire vehicle. “Tomography” makes it possible to examine new materials and bonding techniques in detail, without having to dismantle vehicles.

With the size of a “premium” sports SUV, its fifth-generation electric technology and its autonomous driving systems, the BMW iNEXT “embodies the future of driving pleasure” is trying to convince us of BMW. It is true that for its iNEXT, BMW announces a range of more than 600 kilometres and an autonomous driving level 3. To discover in real life, in 2021…. 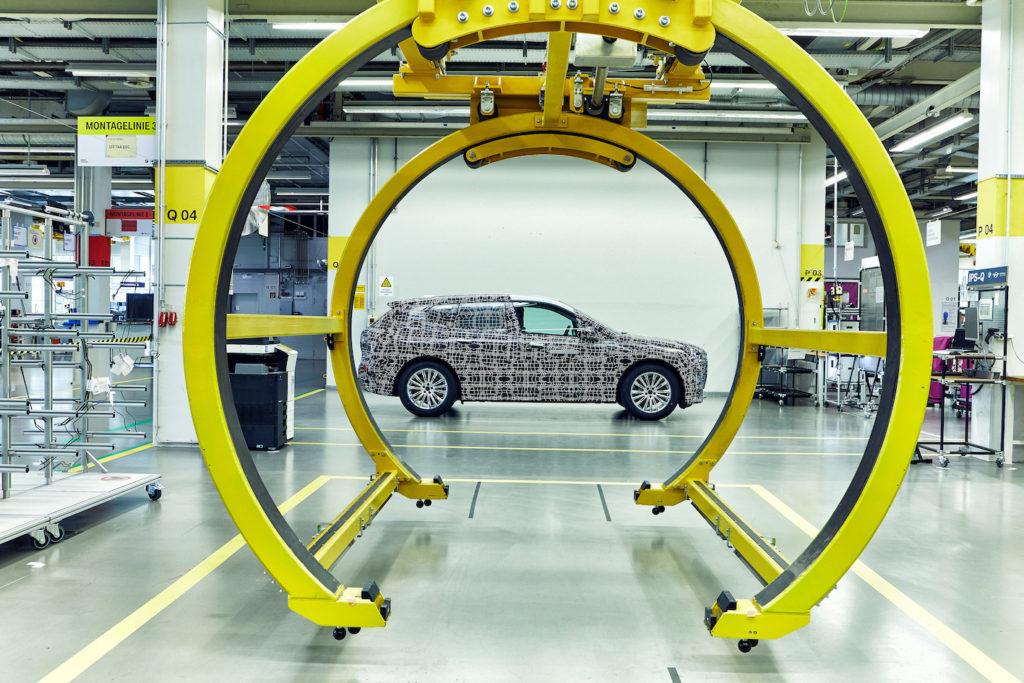