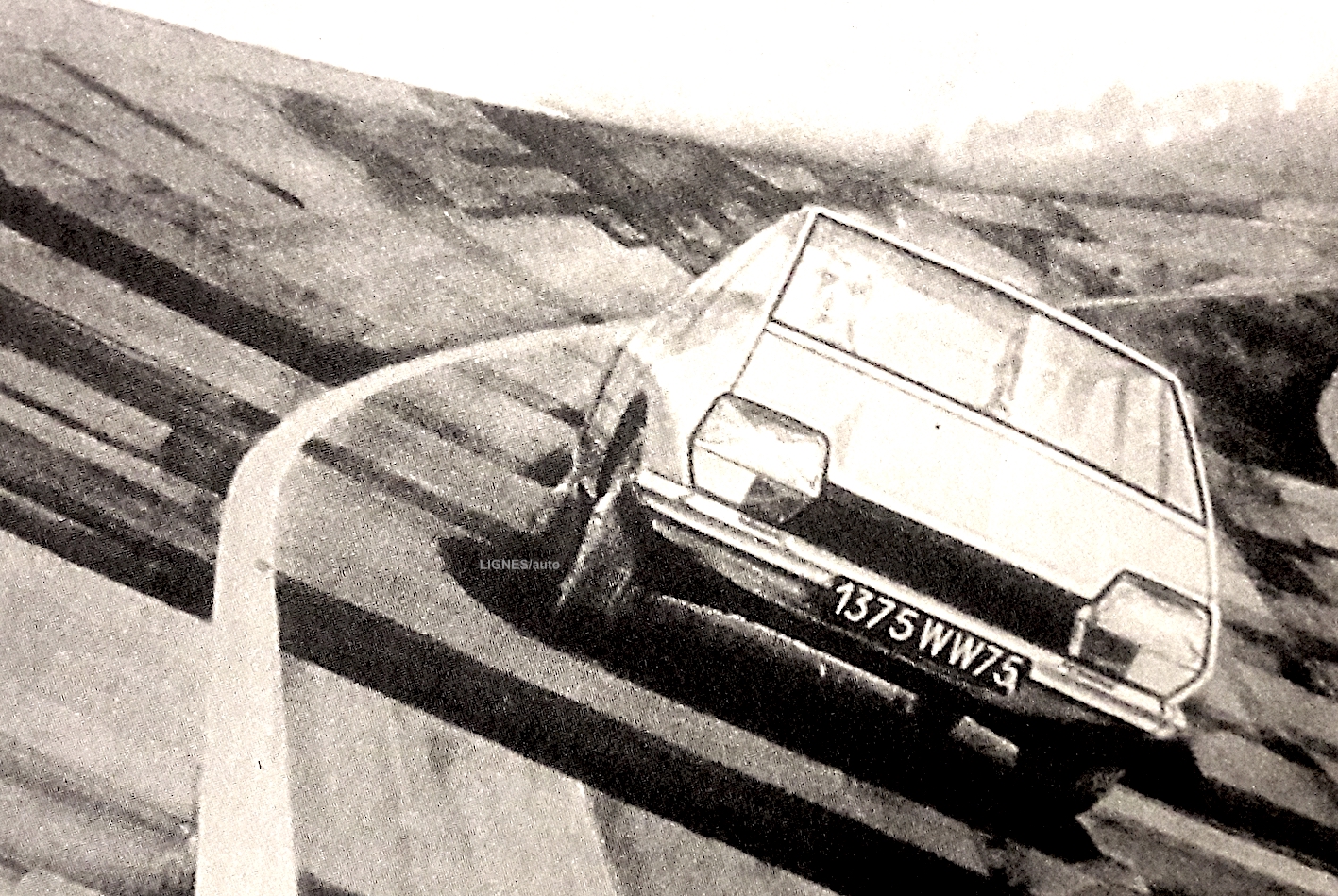 Citroën has set up a website dedicated to the online sale of its little Friend, a 100% electric vehicle, available from the age of 14 with delivery before the summer.

We are confident that it will be able to pay tribute to all the work carried out for more than a century at the very heart of its design offices, some of which is revealed here.

Under the impetus of Robert Opron (director of Citroën styling from 1964 to 1975, below), the 1960s were not only the years of the Ami 8 studies, the “F” project or the SM and GS duo. During this period, Citroën tests all kinds of urban cars, always with audacity. And always with a view to replacing the 2 CV. A certain idea of the mobility that Citroën is revolutionizing today !

It has already been four years since the President of the United States of America promised the Moon to his compatriots. Four years after the NASA programme was launched by J.F. Kennedy, space is still a source of inspiration for all designers, as was the case with the advances in jet aviation in the previous decade, the 1950s. Far from Houston where the American President gave his speech or the headquarters of the National Aeronautics and Space Administration in Washington, the rue du Théâtre in Paris marvels as much at these space daring as the rest of the world.

In 1965, it is question within these patinated walls to define what could be the 2CV of the future. And as we are at Citroën, the vision of this renewal is flamboyant. Robert Opron, who was appointed head of styling in 1964 after Bertoni’s death, is in a brilliant period. The vehicle for this programme is called “G-mini” because, as the French designer confided to me, “this project was conceived in the age of space capsules !” It is worth remembering that NASA’s ten Gemini missions were launched between 1963 and 1966.

“Engineers designed a small four-seat, diamond-shaped vehicle with the driver’s seat in the middle, two side passengers and a fabulous interior space. A small child seat completed the seating capacity. The design office built a prototype with a very ordinary shape with a small bonnet. It was studied in great secrecy since part of the design office, notably Mr Estaque, was not aware of it. This prototype was presented to the general management and Mr Cadiou told me at the time ‘Opron, we just have to find a nicer shape for it!’. I proposed this bodywork as a full model, well lacquered, and when President Bercot saw it, he turned to a colleague and said ‘but it’s 1,000 a day right away!’ He had taken a blow to the heart.”

While General de Gaulle inaugurated the tunnel under Mont Blanc in July 1965, the Citroën design office saw further ahead and began to understand that the towns would soon become congested. The 2CV therefore had to be backed up – or even replaced – by a much more compact vehicle with more roominess. The vehicle’s platform is specific, but it still houses the most advanced version of the two-cylinder engine installed under the bonnet of the Ami 6. Citroën’s engineers and architects were responsible for this innovative project.

But it is indeed to Robert Opron himself that we owe the avant-garde design of this mini-Citroën. The G-mini capsule is therefore a single-body concept with a huge fenestron in front of the doors and a quarter window that took on several forms during the course of the styling studies. The windshield is gigantic and receives various wiper implantations, including a very daring one with two rotating wipers directly implanted in the window! The optics are placed under the windshield but Robert Opron thought for a while to position them behind this glass surface “but then we didn’t worry too much about possible reflections !”

The long wheelbase allows the original architecture of the 3+1 seats with the driver in the centre to be implemented. Although Pierre Bercot once imagined that he would be able to produce “1,000 copies per day” of this G-mini project at Javel, the rare customer tests that were carried out with the prototype quickly dashed the management’s ambitions. They were not bad, just catastrophic! NASA’s Gemini program was replaced by the Apollo program. At the same time at Citroën, after the G-mini project was abandoned, it was replaced by the EN-101 project, which aimed to give even more interior roominess while retaining the architecture of the diamond-shaped seats.

Here are some drawings by Michel Harmand who collaborated with the team on the two projects G-Mini and EN-101. Unfortunately, the program still had a major handicap: the very poor accessibility to the central driver’s seat. However, with its monocorps shape, the Cx of these studies was an extraordinary 0.32, a record when we know that the AX born twenty years later in 1986 will offer a Cx of 0.31.

These projects were not totally forgotten, especially for Robert Opron who, when he arrived at Renault, tried to renew the Régie’s entry-level range with projects based on such architectures. A long time later the Twingo was born…

DISCOVER THE PROTOTYPES OF CITROËN RESEARCH AND THE CONCEPT CARS OF THE BRAND IN A BOOK OF 356 PAGES AVAILABLE TO BJB EDITIONS. HERE : https://www.bjbeditions.com