No Geneva Motor Show ? No problem, the DS Aero Sport Lounge concept car has returned to its homeland to unveil the secrets of its interior that gives pride of place to new materials. Guided tour, just for you, by the brand’s design boss : Thierry Métroz.

LIGNES/auto: what was the starting brief for this very specific interior?
Thierry Métroz: “Right from the outset, I explained that I didn’t want leather or wood on board. So this is the first DS concept-car without leather or wood. We started from the premise that we have a good command of how they are made. So this concept is an opportunity to extend our field of expertise to other materials and to meet craftsmen who master other skills.»

So, leather and wood are finished at DS ?
Th.M.: “No, we’re not abandoning wood and leather. We’re looking for alternative solutions and the teams were challenged on that ! For example, I asked them to look at the track on the… straw. »

Surprising this material on board a car ! How did you come up with this idea ?
Th.M.: “I discovered straw marquetry two years ago, during the Parisian Revelations show at the Grand Palais. We were partners. This show showcases exceptional craftsmanship and know-how in France. I wanted to try out this material on board because we start with a raw material that is as frugal as possible, which exists all over the world. We collaborated with the Ateliers de Lison de Caunes in Paris, which uses a straw that comes from Burgundy (*).

Apart from its originality, what is the advantage of straw ?
Th.M.: “It is a 100 % natural material and the only treatment it requires is colouring. We opted for a black gradation that integrates perfectly with the doors where the two screens are installed. Each strand is laid flat and glued one after the other on the structure, according to the colouring required. It’s “haute couture”. But we are looking internally at what we could adapt for small surface finishes, to see if it can be industrialised. »

To the touch, you can perfectly feel the different reliefs of each strand, it’s surprising !
Th.M: “And what’s fabulous about straw is that when it grows, it produces its own silica varnish. So it doesn’t require any surface treatment, it’s eco-responsible. And this varnish is water and heat resistant ! »

Underneath this straw-lined dashboard blade is a large plane that receives the news projection. What is it made of ?
Th.M.: “It’s a cotton satin covering that we find on the upholstery and the sides of the console. It is a material that is extremely soft to the touch. We’ve added some drapes on both the seats and the steering column. »

Third innovative material after straw and cotton satin, the door medallions…
Th.M.: “This idea came up at the very beginning of the project. These line effects were created by a Parisian artist, Cécile Feilchenfeldt (*). She is a knitting specialist. Here, there is the microfibre braid, two colours and a transparent piping between each braid, all joined by a stretchy woven fabric. »

Let’s get out of the material (!) and evoke the architecture of this interior. A concept of the 2030s without a screen, it’s daring !
Th.M.: “The problem with screens is that when they’re switched off, they become black masses of no interest, it’s awful in terms of design, even anxiety-provoking ! For DS, it’s a real conviction: we’re going to change paradigm when we move to autonomous driving… »

Are you saying that our vision of this screen-covered autonomous car is wrong ?
Th.M.: “Not necessarily, but we are going to have new technology and we are going to be able, for example, to project the news, or even a film, during the driving delegation directly onto the windscreen. It would then be smart to use the windscreen rather than installing new screens. Today there are transparent TV screens, so tomorrow… »

There’s no screen in front of the driver ?
Th.M.: “We wanted to redistribute the information with a new ergonomics, we designed something intelligent that meets the real needs of the driver and passengers. In concrete terms, there is first of all the projection of information on the windscreen via a head-up display in augmented reality. Then, the info display is controlled on the board covered with cotton satin. Here you can choose to… not to display anything or, on the contrary, to display the controls of the auditorium and the Travel mode. The projection then comes from under the upper board covered with straw. The Travel mode, for example, allows you to share with the passenger a map of the visited region or other…. »

The controls of this news are quite revolutionary !? (below)
Th.M.: “Yes, we worked with a company in “Silicon Valley” on “haptic” technology for controlling the infotainment system. You position your hand about 20 centimetres above the console and control the controls by movement. You then get sensory feedback via ultrasound that gives you the feeling of touching the shapes, controls or textures. »

And this little luminous dial in the middle of the dashboard (circled in green below), it’s George Orwell’s big-brother ?
Th.M.: “It’s the third element of communication on board. It’s simply the IRIS voice synthesis. The light beam actually joins the light beam from the bonnet, which originates on the grille where all the information is captured. It is symbolic and materializes the arrival of information captured behind the grille, towards the passengers and driver. This voice command is split in two, on the passenger or driver side. »

I don’t see any air conditioning outlets on board ?
Th.M.: “The air conditioning is soft-diffusion, under the dashboard, and is supplemented by two nozzles located between the screens and the door panel trim. These screens are also ideally located because they are controlled without moving. Ergonomically it’s perfect, there’s no movement to get off the backrest. »

Finally, I’d like to come back to the name of this concept car: ASL for Aero Sport Lounge…
Th.M.: “ASL is indeed the name of this concept car, but it is also the name of a vehicle philosophy that will be applied to our future range. So there will be several ASLs at DS ! In the same way that today we talk about SUVs, I hope that tomorrow we’ll talk about ASLs. It’s the aerodynamic efficiency and comfort of a limousine, with a hyper-comfortable interior, all dressed in a silhouette that evokes more the world of the advanced sedan than that of the lowered SUV. In the end, the customer doesn’t have much choice today: it’s either the sedan or an SUV. This ASL philosophy will offer them the concept of a slightly raised sedan, with large wheels, a design of character and true serenity on board . »

THE WOMEN AND MEN OF DS ASL :
Exter Design : Thomas Duhamel, under the direction of Frédéric Soubirou

Inter Design : Clément Porée and Sylvain Gaudichon, under the direction of Andrea Stump

TO READ: WHAT IF THE CONCEPT-CAR DS ASL WAS …

TO READ: THE OTHER SPORTLOUNGE CONCEPT CAR… 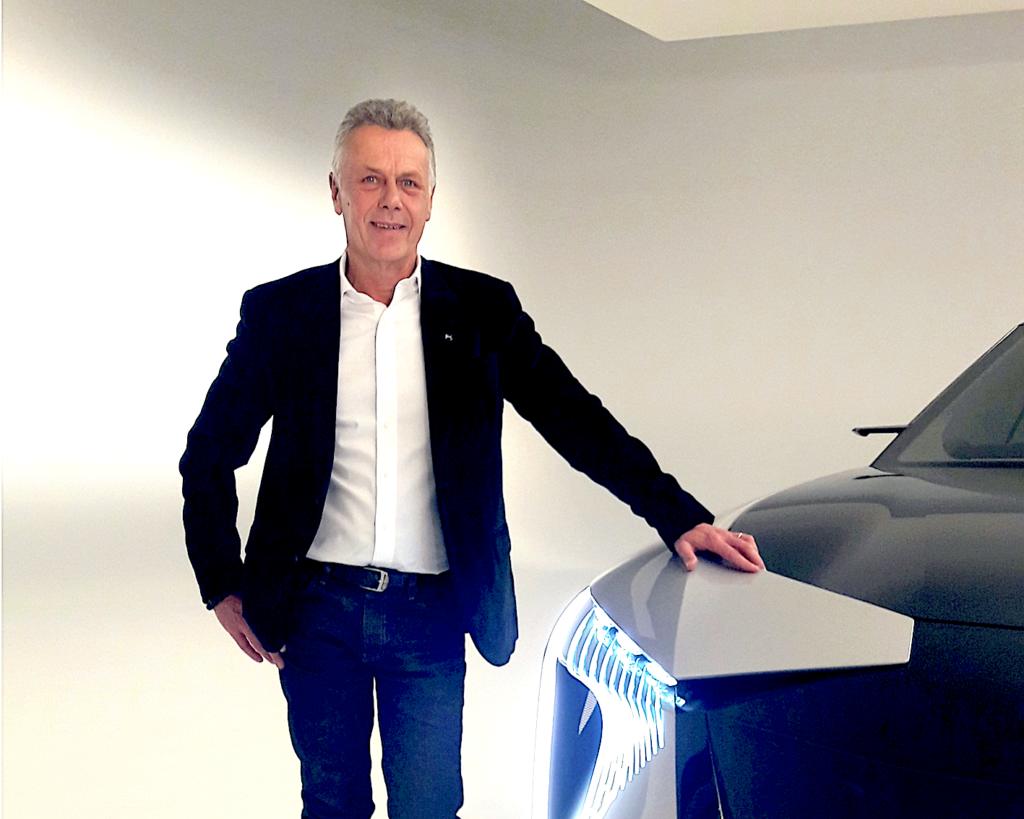