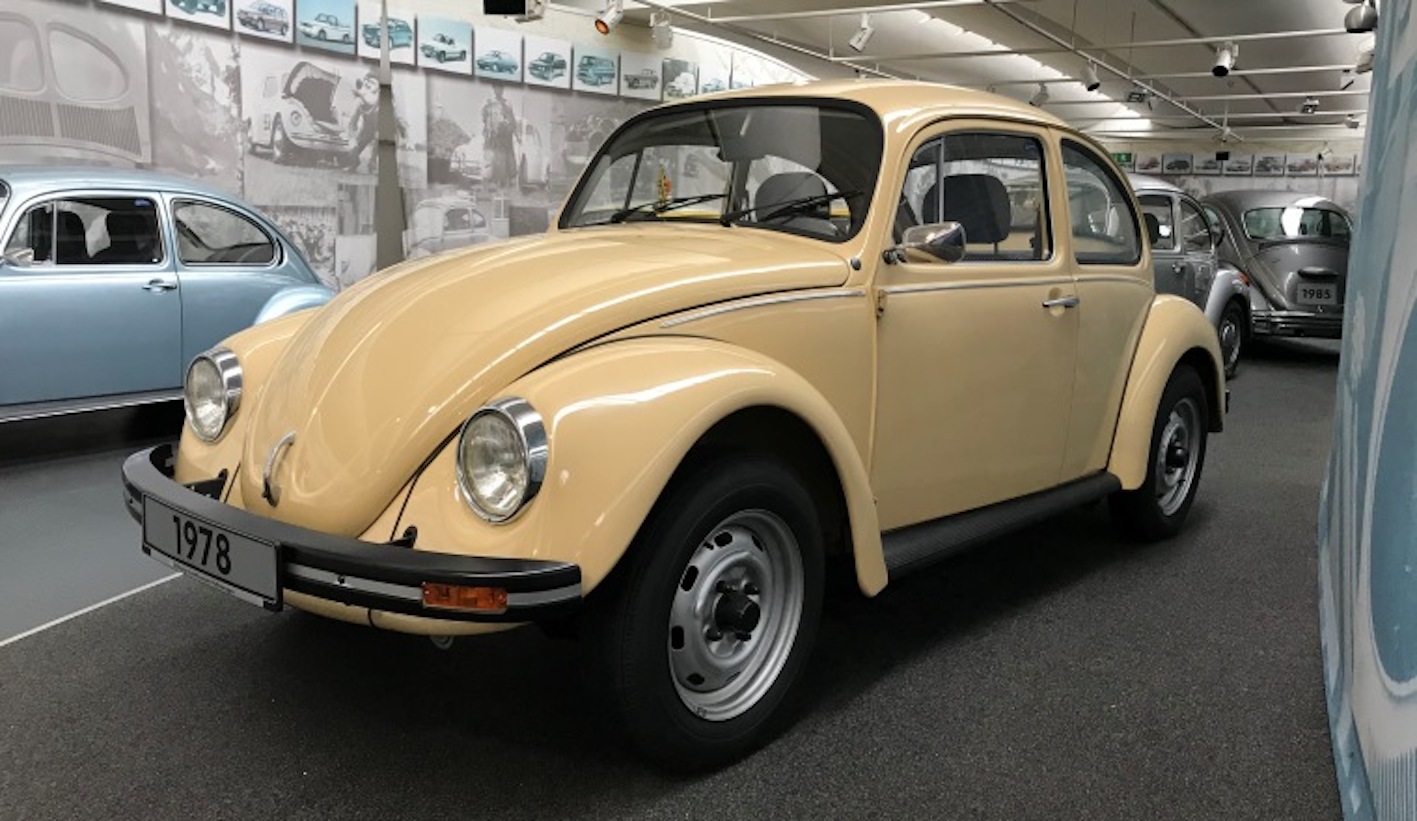 It has been 42 years since the very last Beetle from German production came off the production line. That was on January 19, 1978. And this end of production took place at the Emden site (above), and not in Wolfsburg, where production of the Beetle had ended four years earlier with the arrival of the Golf in 1974.

A large part of the Beetles produced in recent years have been exported to the United States. At the Emden site, production of the Golf gradually became established alongside that of the Audi 80 and the VW Passat.

This 1200 L painted in “dakota” yellow, was the last Beetle to leave the production line on the North Sea coast, on January 19, 1978. It is now on display at the Volkswagen Museum in… Wolfsburg (!) with equipment and features that make you smile today, but it’s in mint condition.