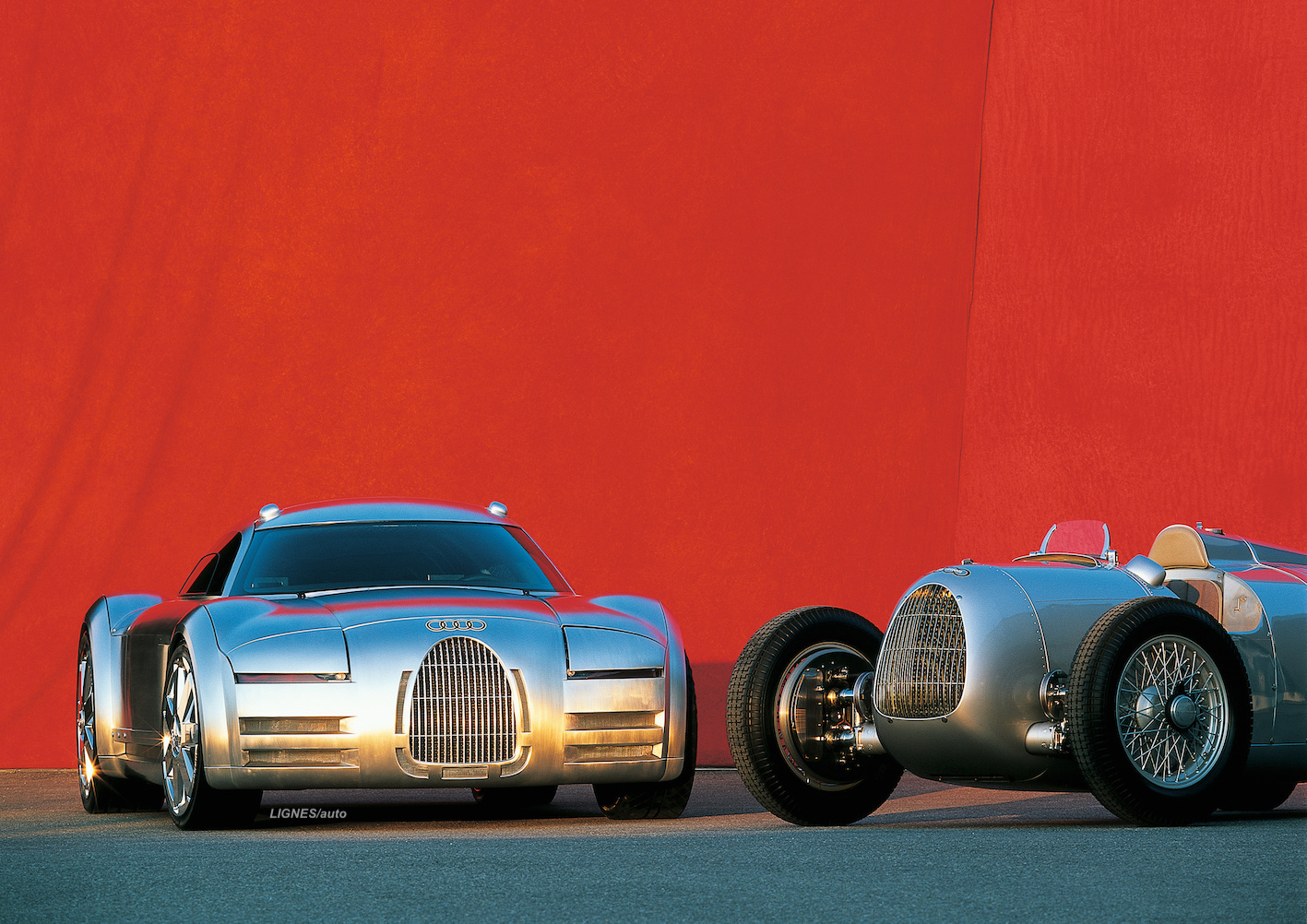 That was 20 years ago. The birth of an emblematic concept car in honour of the driver Bernd Rosemeyer (1909-1938). Here is the Audi Rosemeyer which, according to the communication of the time, “is a concentrate of energy. Fluid, pure and aerodynamic lines go hand in hand with formidable efficiency. “

For LIGNES/auto, this concept enters the pantheon of automotive art. It only commits us… Let’s the manufacturer talk about it: “The imposing radiator grille is reminiscent of the Auto Union “Silver Arrow” with its long rear engine hood and vertical air intake slots. Like the “Silver Arrow”, the shiny and matte bodywork, with its brushed aluminum surface, captures the light and evokes an almost magical aura.”

The Rosemeyer concept car is supposed to be powered by a central 16-cylinder engine. The Auto Union cars of the thirties had this architecture and were driven by legendary drivers such as Bernd Rosemeyer and Tazio Nuvolari.

The very short overhangs, which “seem to be cut into the volume of the machine”, underline these incredible proportions and give the view from above all the power of the machine. At the time, the Audi TT was still surprising and the Rosemeyer concept, with its dome-shaped roof, semi-circular wheel arch cut-outs and high stature, echoed the Audi design philosophy.

The manufacturer stated in 2000 that this concept “is not ready to be driven, nor was it created in anticipation of a production vehicle. But it does visualize the brand’s technological potential. The lightness of the design, the ultimate dynamism, characterizes the line of every detail, of every component. At first glance, you can see the large diameter ventilated brake discs behind the giant wheels. They are the logical counterpart to the performance of the central motor.”

“Audi’s quattro permanent all-wheel drive would undoubtedly provide the perfect basis to convert the power of a large engine, so that a sports car study like this one could claim the title of “machine”.

“Brushed aluminum, carbon fiber and the highest quality leather define the character of the interior, which retains its obvious purity without compromising the ambience of a luxury sedan. Precision craftsmanship is everywhere: it has left its mark of perfection on every material and every detail. ” Twenty years ago. Already an eternity…