Since his appointment on 18 June 2021 as Chief Design Officer of Stellantis for the group’s European brands, Jean-Pierre Ploué has left France for Italy to be closer to the new teams at the design centre in Turin. There, the styling of the future Alfa Romeo, Lancia, Fiat and Abarth is being developed under the direction of three design directors appointed for the occasion: Alejandro Mesonero-Romanos (ex-Seat and Dacia) for Alfa Romeo, the Frenchman François Leboine (ex-Renault) for Fiat and Abarth and… Jean-Pierre Ploué for the Lancia brand.

Can there be a conflict of interest when the head of the design directors of Stellantis’ European brands is himself a brand design director? “Of course not. But you would have to ask Thierry Métroz (DS Automobiles) and Alejandro Mesonero (Alfa Romeo). In reality, it wasn’t me who wanted this job, it happened a bit by chance. When Stellantis was created, we knew that we were going to revive Lancia, according to the wishes of Carlos Tavares (CEO of Stellantis). What I put in place was a very small team of only 14 people, thought of as a start-up. This team was so small that I thought it didn’t need a style director.

“And when I went to Human Resources to show them my various design charts for the group’s European brands, they pointed out that there was no design director for Lancia. I confirmed that there was no need for one, but I was told that it wasn’t possible, and they told me to put my name. So I ticked the box ‘design director’, with the aim of getting my flow charts through, without any other personal interest.”

“For his part, Luca Napolitano, Lancia’s brand manager, thought it was great to see the design director of Stellantis’ European brands also become Lancia’s design director! That’s how it started, and frankly, I don’t regret it. I am logically a little more involved than on the other brands. But there is no conflict of interest, because I work in the same way as with the others. Finally, I find with Lancia what I knew before (with Citroën in the 2000s in particular) but the performance and agility that we put into our brands is the same everywhere. I don’t give more means because it’s Lancia”.

Italy, he likes it there. He had to take half of his siblings there (two of his four children remain in France) and scatter his small collection of old cars, including his 2CV, all over France. Like the three of us around the table, we also love vintage cars. “Antique cars break down if you take care of them,” he says. It’s not a good time, I just showed him some pictures of my Lancia Gamma Coupé that the previous owner had nicely restored…

Jean-Eric Raoul, editor-in-chief of Sport-Auto and the auto-journal, laughs when he tells me that “you are the only owner in the universe to have driven a Lancia Gamma Coupé without breaking down. But I love this car, it’s probably one of the two most beautiful Pininfarina designs of the 1970s.” I tease Jean-Pierre Ploué from the outset, as he welcomes us to the DS Automobile stand at the Paris Motor Show.

The DS brand has been joined by Alfa Romeo and Lancia in the Premium division of the Stellantis group. The Lancia product plan has been officially announced with the future Ypsilon in 2024, a flagship (Aurelia?) in 2026 to mark the brand’s 120th anniversary, and a new 100% electric Delta in 2028. The flagship is announced at 4.60 m, and will therefore be shorter than a Peugeot 408 in the “C” segment, surprisingly? “We are trying to build brands that are differentiated and that target very different customers and markets. But we would have to ask Luca Napolitano, the brand boss, to develop the subject of silhouettes. What I can say is that in the Premium group of Stellantis, the brands have very different vocations and product plans. Otherwise, it just wouldn’t make sense.”

However, with three identical European platforms and three electric machines in the 14-brand Stellantis group, will differentiation be more on board, with different life experiences? “No, it’s all one. We want Lancia to be truly Italian and the interiors will be more in line with Italian design ideas, the exterior design will also be as Italian as possible, which is why we have a very Italian team. We will also rely on our history.”

We will (belatedly) see the rebirth of the iconic Delta in 2028. But what does Lancia represent today apart from the Ypsilon? “We’ll start by renewing the Ypsilon because it represents the brand today as the last Lancia left in Italy. Lancia is a top of the range Italian brand, and in terms of innovations, it was the “Italian Citroën”.  Its design was always very specific, between Italian elegance and innovation with sometimes unexpected style elements. It was a brand that dared. We are therefore working on the vision of the brand, its strategy, how we imagine the design for tomorrow, what type of references to history should be taken, what type of reference to Italy as well. We consider Lancia as a mythical brand, we try to imagine the future models as if the brand had continued to exist for the last fifteen years.”

The three future Lancias will be integrated into the Premium division, where they will join the DS and Alfa Romeo. With the same technical bases, the only differentiation will be in terms of style and on-board ambience and materials? “No, we will keep the different dynamic characteristics of all our brands. These types have always existed. We will bring the same differentiation with the electric models as we did with the Peugeot and Citroën models which were also based on the same platforms.”

But could Lancia, which also has a sporting heritage (above), defend it against Alfa Romeo? “We don’t impose this kind of ban on ourselves. But our priority with Lancia is not that.” Let’s stay in Italy and talk about Fiat. In terms of communication, this brand seems to be absent today compared to all its sisters in the group: Citroën with its new identity, Jeep with its new Avenger 4xe, Opel and its new design… “But Fiat is not a discreet brand in terms of volumes with the 500! And François Leboine’s teams – Fiat’s design director – are working on the next Fiat and I can guarantee you that there are many!”

Is the background work the same as for all the other brands? “Absolutely! We are relaunching all the brands in the same way, and in parallel. I am working on the future Lancia, with a concept car and other magical things too, which I cannot talk about yet. It’s the same energy for each brand. Fiat is very successful in South America and in Europe, the 500 is also a big success. We’re going to relaunch other Fiat products for Europe with a new design because I didn’t put together a new team for nothing!”

And among these projects for Fiati, Jean-Pierre Ploué revealed, there will indeed be a descendant of the iconic 1980 Panda (below). “We are preparing an incredible new Panda. In Europe, this model still has a good image, but in other countries it doesn’t have that sentimental value. However, since its design is going to be iconic, it will also interest these other countries. In fact, every product in the group will have to be iconic.

“Our brands have a fabulous history in Europe and this is an incredible opportunity. So our styles have to be even stronger. When I design the next Delta, it’s going to appeal to our generation who knew the original model, but it’s also going to appeal to the younger generation because the car itself is going to be iconic. And that has to work for the mainstream brands as well. In fact, it doesn’t make sense to talk about a generalist brand because we don’t want to do a generalist design at all!”

Do you have any input into the design of American brands with Ralph Gilles, your alter-ego for Stellantis in the US? “We see each other regularly, we exchange about every fortnight and show each other everything we do. So there are real exchanges, but the products of each, on both sides of the Atlantic, are still very different. Carlos Tavares says that we are the two reactors of the group! He really expected us to work together, and this is indeed the case. And not only on the design side. I also deal with the modules and components at group level (all the transversal modules which affect, for example, the steering wheels, seats, etc.) and he deals with the machine interface for the world. So we really need to cross-pollinate!”

Let’s leave Italy, France and the United States and talk about women. In the automotive industry, they have legitimately taken on high responsibility positions. They are at the head of brand management (like Béatrice Foucher -DS- or Linda Jackson -Peugeot-), product management or projects. But with 14 brands in the Stellantis group, there are none at the head of a brand’s design department… “We try to train young talented people to get them to that level. In design, we aim to have women at the highest levels in all brands, as in the whole company. It is harder to find them in design because they are not well trained in this profession. Perhaps the history of the automobile has not attracted them up to now, but our reinventing world will encourage them more. We’re working hard on it, it will happen eventually. The last I heard, the design director of one of the European brands chose a woman as N-1, so…

Interview conducted on Monday 17 October during the Paris Motor Show by LIGNES/auto, with Jean-Éric Raoul, editor-in-chief of the auto-journal and Sport-Auto, and Julien Jodry of the AUTO-MOTO newspaper. 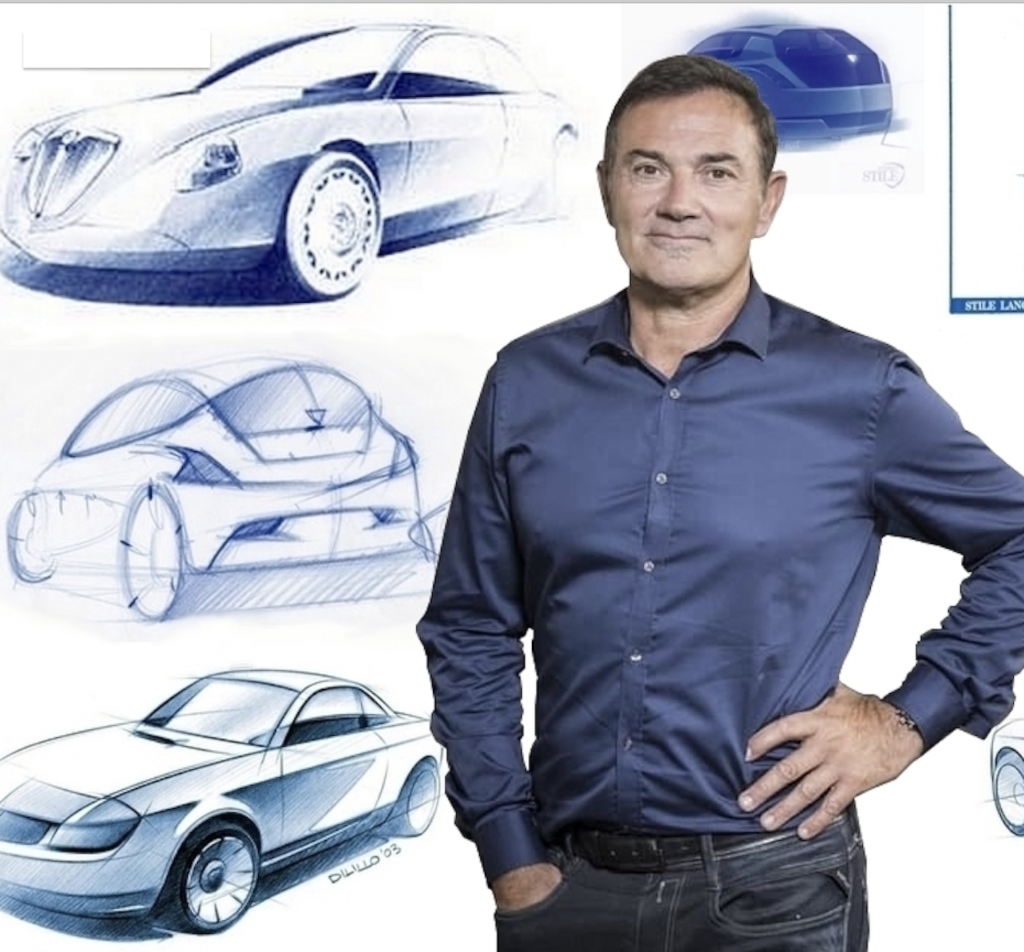