If you are a Parisian, or if you have had the opportunity to stroll along the Champs Élysées, you may have noticed that the “Citroën C42” building is now closed. This site, which was owned by the brand and then by the PSA group, is located at 42 des Champs Élysées and is emblematic of the history of Citroën. It was André Citroën himself who bought this exceptional showcase in the late 1920s.

Since then, this place has lived several lives, until it hosted a restaurant in the 1980s, which was not in the best of taste (below). Then Claude Satinet, then director of the Citroën brand (from 1998 to 2007), wanted to restore this fantastic place to its prestigious stripes.

The MANUELLE GAUTRAND ARCHITECTURE agency (http://manuelle-gautrand.com) won the competition. The building then became the “C42” and was inaugurated in 2007. It has had a great run and many visitors have discovered this 30-metre high façade, a real jewel for presenting the manufacturer’s range.

Today, unfortunately, the building is a pity (see above). It has been abandoned for four years now, after having been sold – and therefore rented out – by PSA in 2012. The “C42”, or rather the ex-C42, is deteriorating to the incomprehension of everyone: the passer-by who strolls along the Champs-Elysées, the brand and architecture enthusiast, and of course Manuelle Gautrand. We met with her* to discuss one of her sublime creations.

*Manuelle Gautrand co-founded the architectural firm MANUELLE GAUTRAND ARCHITECTURE in 1991 (of which she is the principal architect) with Marc Blaising, her partner and the firm’s Managing Director. The team consists of more than 20 architects.

LIGNES/auto: When you received the specifications for this future C42 on the Champs Élysées, did you imagine that it was a project like any other?
Manuelle Gautrand: “No, it’s obviously not a classic project because of its location on the Champs Élysées, and because of Citroën’s request. It’s an inspiring programme, and the brief is very short, just a few pages. We had to express the brand’s DNA as deeply as possible with the architecture itself, even before entering the building. We decided to work on a project where the envelope had to express the brand, and the content had to express the product. We did all the work with these two ideas, and things came together quite quickly.”

This facade is very recognisable, with the spirit of the logo being very natural…
“Yes, it looks obvious. I take that as a compliment!”

Was the logo the anchor of the project?
“On the first drawings, it appeared quite quickly. For me, Citroën is the product on the one hand, i.e. the particular design of their cars and its logo on the other. The difficulty was that the project really fit in with the DNA of the brand and, as far as the logo was concerned, there were many debates on how to express it. We had to take into account the fact that Citroën could change its logo, and so it is very discreet on the outside, except for connoisseurs like you! In the end, it is quite subliminal and its precise design is a reference to the historic double chevron. Everything is treated with delicacy and elegance.”

Discover our quarterly bilingual publications on automotive design and our automotive columns on our e-commerce site: https://lignesautoeditions.fr

It’s a decision that must have made you cry your eyes out!
“No, because at the time, I understood that the PSA group was going through a tumultuous period. I really thought that the manufacturer was going to stay on the premises. I was told at the time: ‘the building is sold but don’t worry, we’ll stay there forever, we love it…’. I believed it, maybe it’s the naive side of the architect!”

Did you have any contact with Claude Satinet at that time?
“Yes, right from the start. This historical director of Citroën, for whom I built this building and for whom I have great respect, had left his post. But he did not fail to call me when he heard that the C42 was going to be sold.”

Is this building completely closed today?
“Yes, the building has been deserted for four years. It was sold in 2012 with a promise from PSA to pay the rent for a dozen years, until 2024…”

But what does the new owner say?
“The new owner commissioned me to carry out feasibility studies to see how the building could be restructured according to three levels of scenarios. We worked on these different scenarios and we realised that the building is absolutely flexible: it has no load-bearing elements inside, as they are lateral, and this transparency is fabulous.”

“Countless brands could come and set up shop with this strong, self-sufficient scenography inside. The turntables are there, but they can become a pedestal for many other things. And of course, it is quite possible to keep and transform this façade!”

Are you currently working on a rehabilitation of the C42?
“No, we have done these feasibility studies and now we are waiting. The situation is very strange, I don’t understand why Citroën has left the premises, nobody does, because they are still paying the rent. The building is very valuable and the project is flexible. It has a strong dreamlike power, a scenography that can be adapted to various universes, various brands and its transparent façade of 11 m x 30 m in one piece is incredible, especially on the Champs Élysées! Nobody has this on the Champs Élysées!

Do you have a say in the future work?
“Yes, of course, as the author of the architectural work, there is an intellectual property. But before we talk about rights, we must first understand the interest. The architectural expression of the building is quite timeless. You can remove Citroën and another brand can come in without any problem, whatever its field. There is no problem adapting the building to a new use. We realised that it has a real reversibility and a capacity to be transformed quite easily. And the owner’s interest is of course to work with the historical architect of the project.”

Do you think it is urgent?
“Yes, because the building is “suffering” a lot. It is not ventilated because it is closed. I know from experience that a building deteriorates quickly if it is not used. It’s like a human body that doesn’t move anymore. But nothing is irreversible, fortunately. I hope more than anything that this building will start a new life!”

CONTINUATION OF THE INTERVIEW WITH MANUEL GAUTRAND

Architecture and automotive design “The resources in the automobile are extraordinary.” HERE http://lignesauto.fr/?p=23792 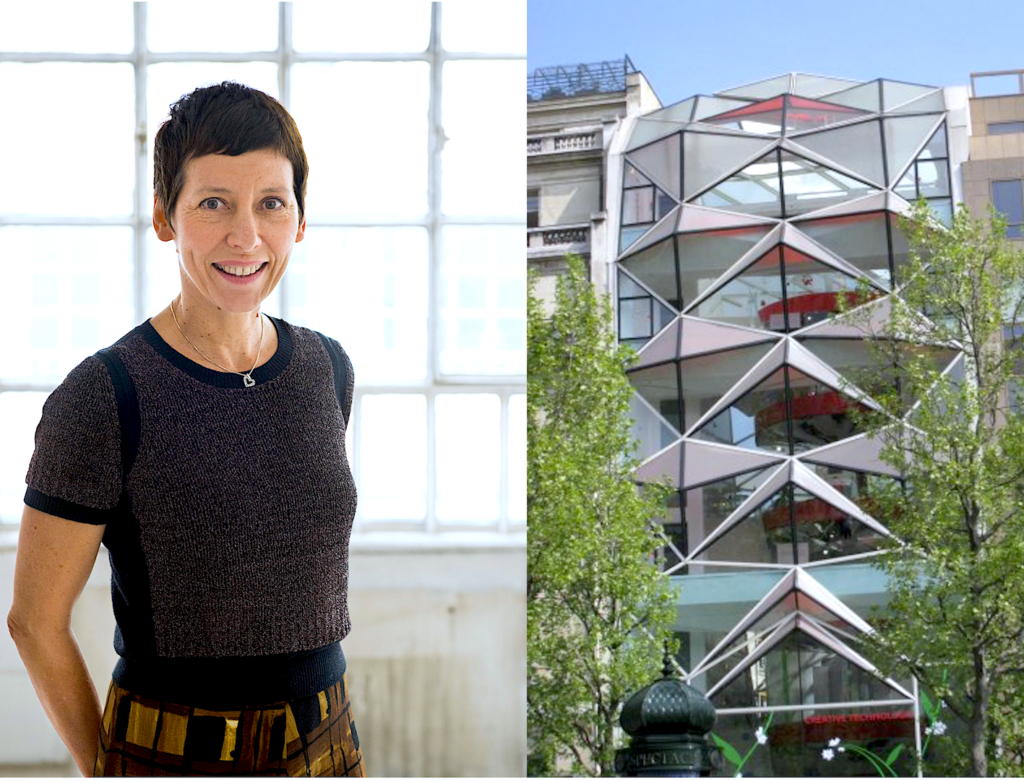