At LIGNES/auto, we like it when codes explode, barriers fly and concepts surprise. Drawing a “car” when you are a designer is not the most exciting thing, even if it is the daily job that so many student designers dream of ! It is rather to give birth to a revolutionary concept that awakens neurons. And in this little game, Vladimir Chepushtanov, an intern at the Peugeot Design Centre in Velizy, marvels at his “Peugeot Piano” project

This Peugeot made by Vladimir Chepushtanov with Nicolas Brissonneau (to whom we owe e-LEGEND) as our training supervisor, seduces us because… it is not a car. We are REALLY propelled into a surprising future. And we don’t care if he’s credible. After all, the dream cars of the 1960s and 1970s played the same role, that of imagining an improbable but exciting future !

The Piano concept is driven by a magnetic levitation system and just that (the disappearance of the wheels) is an interesting advance because it flattens the very architecture of the car. With such a concept, we can imagine, for example, that the Citroën 19_19 would have pushed the idea of a cloud floating comfortably a few centimetres/metres above the ground to its peak ! Well, Goodyear and its wheels of nearly a meter in diameter would probably have made the pout, but not the war… It is by starting from a blank page that we will be able to invent this famous 2030-2050 car…

The Peugeot Piano also breaks the codes of the traditional work of the exterior style in duo with the interior style. Here, the two are intimately linked and are ultimately one. We used to write that today we draw a car from the inside out, but all this is to be forgotten: with the Peugeot Piano, there is neither an exterior nor an interior style, but a unique whole.

When the vehicle receives a passenger, its interior structure moves, transforms the exterior design to provide an interior space (below) while when the passenger leaves the vehicle, the “slats” take up their place on board (above) !

Magic. It should be noted that this principle is similar to that of the rear seats of the 2011 Renault R-Space concept car (below), where the slats were then replaced by movable cubes to form seats or play areas.

LIGNES/auto will review the vision of the automobile of the future as seen by freelancers. And without going as far as Vladimir Chepushtanov, you will see that you will have to forget the aesthetic codes of the last centenary!

LIGNES/auto invites you to visit the website of this project : https://www.behance.net/gallery/81615037/PEUGEOT-PIANO-CONCEPT?tracking_source=curated_galleries_list 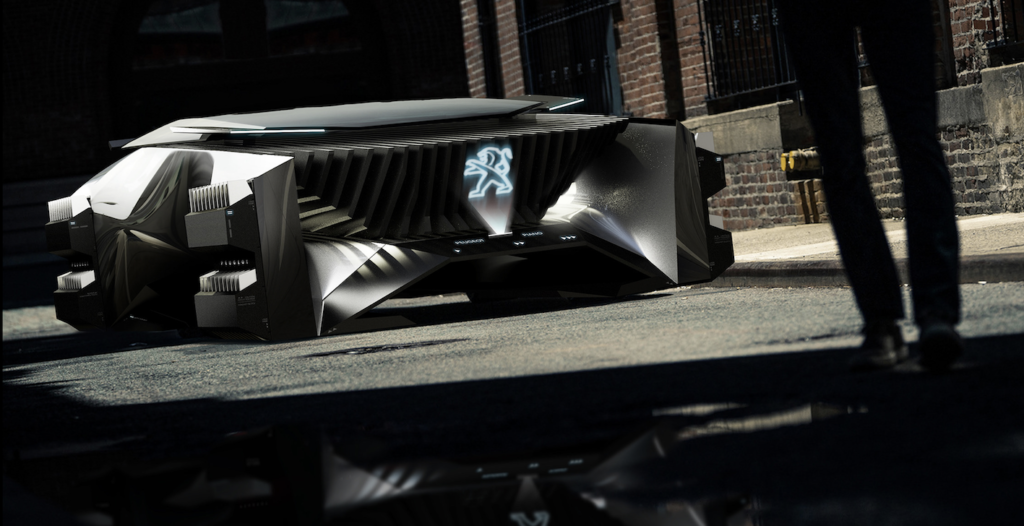