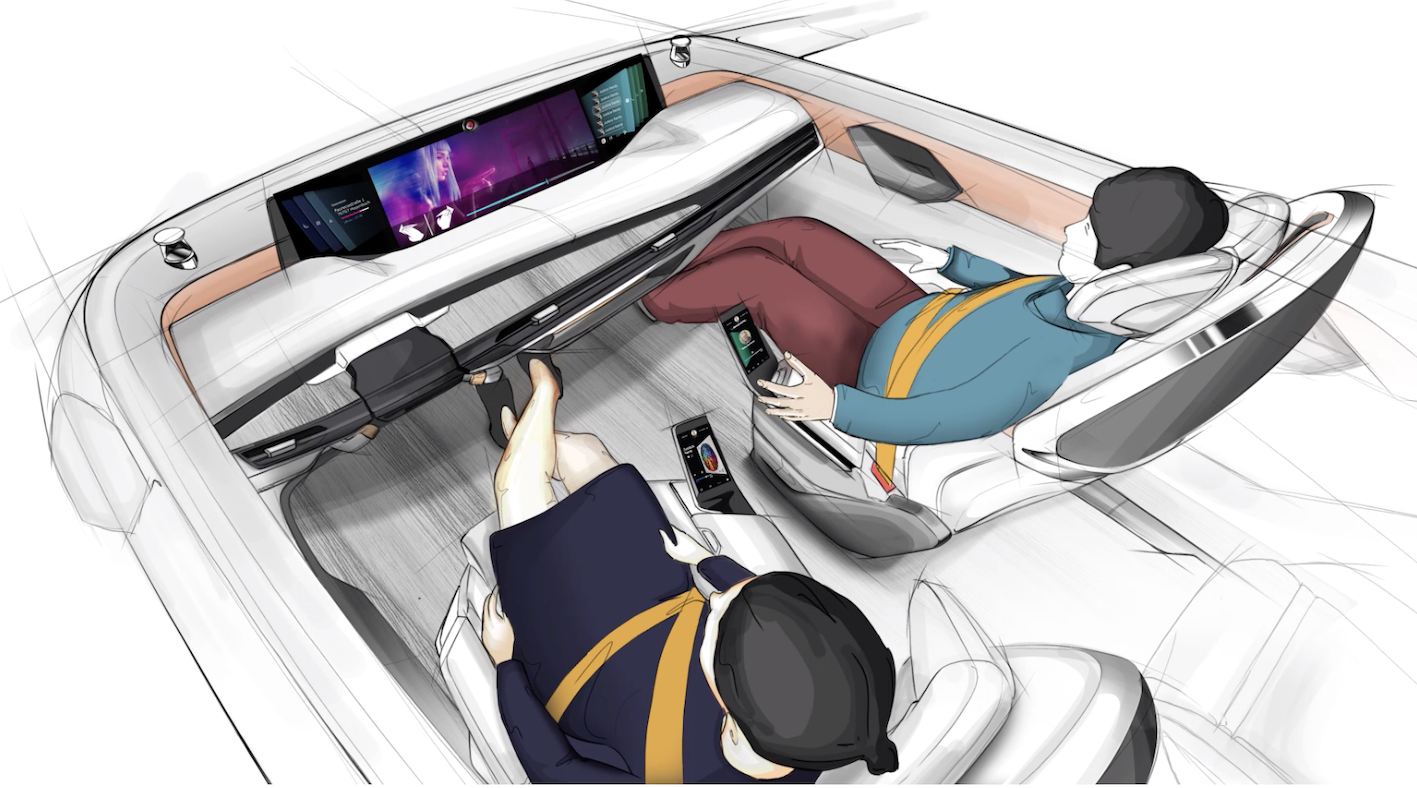 At the end of 2007, at a trade show for automotive equipment manufacturers in the United States, Faurecia (a PSA subsidiary) unveiled a concept car featuring around ten innovations for the passenger compartments of the future.

This concept car, known as “Premium Attitude”, was based on the silhouette of a “neutral” car to avoid offending any of the company’s customers. It was a 1972 Tatra 603/2/. For the occasion, the ancestor with a rear engine lost his… engine, was equipped with doors with antagonistic opening and its interior was obviously revised from top to bottom…

In September 2008, this concept car received the “Janus de l’industrie”, awarded by the “Institut français du design” (IFD) to products whose design is particularly remarkable.

Obviously, it is on board that the main interest of this concept is nestled. At the time, Jacques Mauge, Faurecia’s Director of Customer Development, informed us that “the premium approach is the biggest underlying trend in the automotive market. And car manufacturers are well aware of this. They seek to differentiate their vehicles through the premium concept. What consumers expect from their vehicles is much more than just the utility and functionality. They also seek pleasure and a certain status. They want emotions.“

Faurecia also explained that it operates “in all market segments – luxury, high-end, mid-range, entry-level and low-cost vehicles -. But premium quality can be found throughout an entire automotive range. The premium quality is attractive and yet affordable, and can be produced in series, such as Apple’s iPod for example. A premium vehicle must always illustrate “good taste”. A Premium vehicle must always be well designed, manufactured with high quality materials, exceptional know-how and a constant concern for perceived quality.”

“In addition, premium can be profitable: design intelligence, finesse of execution and attention to detail do not necessarily mean high costs. “

Above, the self-supporting dashboard “is strong enough and allows you to avoid a cross beam. It can therefore be much thinner and narrower, freeing up space for designers who can rethink the front layout of the vehicle and offer more space for the front passenger or increase the size of the storage space.” An innovation that directly impacted the basic structure of an automotive platform at the windshield awning, where there are many “hard” and “non-negotiable” points for a designer !

“Usually, the part of the dashboard facing the passenger has a glove box with an unused panel on top because it houses the airbag compartment. In the Premium Attitude concept car, the positioning of the airbag can be pushed back and offer the same safety guarantees, while integrating a new glove box that opens upwards. These flexible covers are also lighter, their opening power is reduced by 50% and the energy released by 30%.”

We can also guess from the above view, the drawer glove box whose concept has been taken up on the Renault Captur.

Since we are talking about a drawer, let us mention another innovation of this 12-year-old concept car with the trunk with sliding drawer: Thorsten Süss, Head of Faurecia’s Industrial Design Studio and Premium Attitude Project Manager, explained at the time: “I believe that Faurecia is the only supplier in the world with such expertise in exhaust systems, bumpers and vehicle interior. We have combined these three areas of expertise to develop this innovation. In general, suppliers only offer standard silencers and designers’ freedom is limited to design the space around them. Here, we can optimize the space to meet a real need.“

Another innovation is the seat cushion with piloted height. “This innovation allows the centre of the seat to be raised electrically when the door is open. The movement of the cushion thus has a triple advantage because it facilitates entry and exit of the vehicle, improves lateral seat support for occupants and reduces uneven seat wear. Surprising and pleasant detail : although invisible and totally undetectable until it is activated, this device has many features. A simple but effective solution that can be put into production to equip the vehicles of tomorrow.”

Of course, the man-machine interface is already in the era of time at the end of the 2000s, with the SMI application “which allows the driver to use all on-board mobile devices via the telescopic control box integrated into the centre console (and therefore easily accessible) and to display information on the dashboard screens”.

Let’s end this presentation of this concept car by focusing on air conditioning : “The main innovation is the adoption of airflow technology from aviation. Faurecia’s intelligent aerator system is based on a bulb-shaped air vent that ensures optimal air circulation, known as the Coanda effect. This system, adapted for the first time inside a motor vehicle, is also less noisy. But Faurecia has gone even further by positioning the controls for the two aerators precisely where the air exits, rather than in the middle of the dashboard. An ingenious, intuitive and very logical solution.”

Most of these innovations have been adopted by some of the Faurecia’s customers. Others are still relevant today, even if, as you can imagine, in twelve years, technological advances and the context of partially or totally autonomous driving have shaken up these certainties. That’s why LIGNES/auto invites you to visit Faurecia’s official website here : https://www.faurecia.com/index.php/ to discover the cockpit of the future as the equipment manufacturer imagines it in 2019.

You will discover a global vision of a cockpit of the automobile of the future, when it will offer a partly autonomous driving experience.