A spaceship designed by Porsche for the latest Star Wars? Yes, and this video tells you everything about the genesis of this morning machine from Taycan!

Porsche collaborated on the latest film in the Star Wars saga, which was released on Wednesday, December 18. This great marketing coup for the German brand took a few months of work from the designers led by Michael Mauer.

They simply changed consultants by addressing Disney’s men via videoconference! Porsche has worked on the Tri-Wing S-91x Pegasus Starfighter and you can see it fly in the latest Star Wars: The Rise of Skywalker.

Although it may not be obvious, this ship has some of the latest Taycan in its veins. Or rather in the eye since the front optics of the spacecraft have the optics of the Porsche electric sedan while the cockpit and even the turbines singularize the design of the Taycan.

Whatever the similarities between two universes (which we are surprised to see crossing), the result blends totally into the Star Wars universe, and that’s the main thing! From there to hoping that Porsche sales will explode, that’s another story. 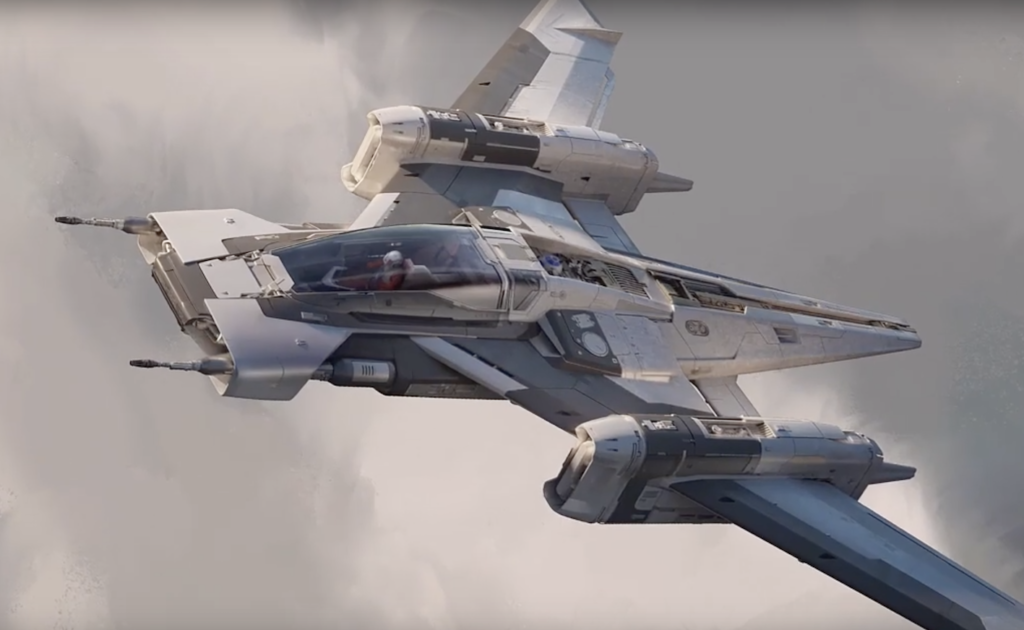