As Porsche prepares to unveil its Taycan, the first of a new 100% electric era (and therefore witnessing an unimaginable transformation only a decade ago), LIGNES/auto looks back at some of the German brand’s events and this second article evokes the portrait of the man with whom everything began : Ferdinand Porsche.

Ferdinand Porsche barely had time to discover the real first sports car bearing his name, the 356, and died on 30 January 1951, leaving the company’s destiny in the hands of his son “Ferry”. However, it was he who created the Porsche Konstruktionsburo in 1930, the origin of the myth…

Reichenberg region, at the end of the 19th century. Anton Porsche is a father hurt by the death of his eldest son. The brothers then had only two sons, Oskar and Ferdinand, who was only fifteen years old at the time (he was born on September 3, 1875). It is to the latter that Anton wants more than anything to offer the orders of the small family locksmith business in the long term. Ferdinand Porsche, from the top of a curious teenager, does not have this vision. He is motivated by electricity – this fairy created so recently – which motivates him. At the age of 18, Ferdinand equipped his father’s house with an impressive electrical installation with incandescent lamps that illuminated the house to his father’s great surprise.

Until then very hard, Anton agreed to let Ferdinand fly on his own, especially in Vienna where he tried to find his first job. Self-taught, Ferdinand Porsche will rise alone in the hierarchy of the various companies whose path he will cross. First with Bela Egger, a specialist in electrical equipment, then, in 1898, with Jakob Lohner, a great bodybuilder in Vienna, with whom Porsche designed its first cars, obviously electric.

Always in search of perfection, curious above all, Porsche left Lohner for Austro-Daimler where he perfected his skills and, as early as 1910, began to work on large-displacement combustion engines, with overhead camshafts, already! His curiosity and thirst for discovery led him to design aircraft engines, including an… air-cooled flat four cylinder! He also designed an artillery tractor there because the First World War changed his life… After the conflict, Ferdinand followed several paths, all dictated by his passion for the automobile. At Daimler, he participated in the study of the Mercedes SS and SSK in the late 1920s, but, contrary to what his creations might suggest, Ferdinand Porsche had for many years been haunted by a crazy project: designing a popular car, something neither Austro-Daimler nor Mercedes had imagined at the beginning of the 1930s.

Ferdinand Porsche’s genius roots, and the very date of the birth of the Porsche company, then took shape in the soil of his own design office, which he founded in December 1930 at 14 Kronenstrasse (below). In Stuttgart, the “Dr. Ing. h.c. Ferdinand Porsche G.m.b.H Konstruktionsburo für Motoren Farhzeug und Wasserfahrzeugbau” was born. In Germany, the early 1930s were marked above all by Adolf Hitler’s rise to power.

Two years after its creation, the Porsche design office responded to the Führer’s call for tenders, which planned the production of a car for all, the people’s car, for the Third Reich. The famous Volkswagen. This project will capture a large part of the Porsche Konstruktionsburo’s resources and, as early as 1938, the final prototype was presented after SS soldiers had covered more than a million kilometres aboard the 60 pre-production prototypes manufactured the previous year. With this project, Porsche presented the architecture of an imposing factory that will structure the city of Wolfsburg. Hitler laid the foundation stone for the factory in 1938. In addition to the satisfaction of the German Chancellor, who is still impatient but familiar with the automotive industry, this study will finally lay the technical foundations for the future real first Porsche, the 356.

It is customary to write that Ferdinand Porsche responded to a call for tenders from Adolf Hitler’s entourage. The reality is somewhat different. His two competitors to take charge of this project were Jewish, and therefore quickly dismissed by the team of the “Compagnie de développement de la voiture populaire“. Then, Porsche dived despite one of Hitler’s demands, which some said was totally unrealistic : a price of only 1000 Marks for the future Volkswagen. Finally, the budget allocated was miserable and barely allowed the design office to complete the current programs.

To meet the extremely tight schedule of the Volkswagen project, he says that Ferdinand Porsche’s team drew inspiration largely from the study of the Tatra T97 by engineer Hans Ledwinka. The rumour was not one of them since, much later (in 1961), Volkswagen was condemned to pay nearly three million Deutschmarks to Tatra. But Hans Ledwinka died barely six years later without ever having received any compensation…

Anyway, Europe is on fire as the project of the one that will become the Beetle is born. Hitler will remember that Ferdinand Porsche met stringent specifications and appointed him “coordinator of the industrial effort of the Third Reich” and during the Second World War, Porsche designed many vehicles for the Wermarcht, including the very famous Tiger tank. It is easy to imagine that from 1938 to the end of the conflict in 1945, the Beetle sold very little because the money from the booklets provided to potential buyers was diverted to the war effort. It was therefore the British, after the signing of the armistice, who relaunched the production of the model. The Beetle finally allowed defeated Germany to win the battle of the automotive industry. Already….

Meanwhile, Ferdinand Porsche dislodged his design office in Stuttgart and set it up in 1944 in Gmünd, Austria, where he was finally arrested and released thanks to testimonies excluding him from any political attempt in those dark years. He was even invited to France the following year to discuss a project for a French-style people’s car, following the introduction of the Pons plan. But on French territory, Ferdinand Porsche and his son Ferry are imprisoned in Dijon for having employed deported labour.

It was during these eight months that Ferdinand Porsche’s health was obviously put at risk. After his release in 1946, he only survived four years as a victim of a heart attack. He died on 30 January 1951. He had just enough time to discover the first copies of the 356. But not the success that would follow from the launch of this very first Porsche… and the Great History that followed. 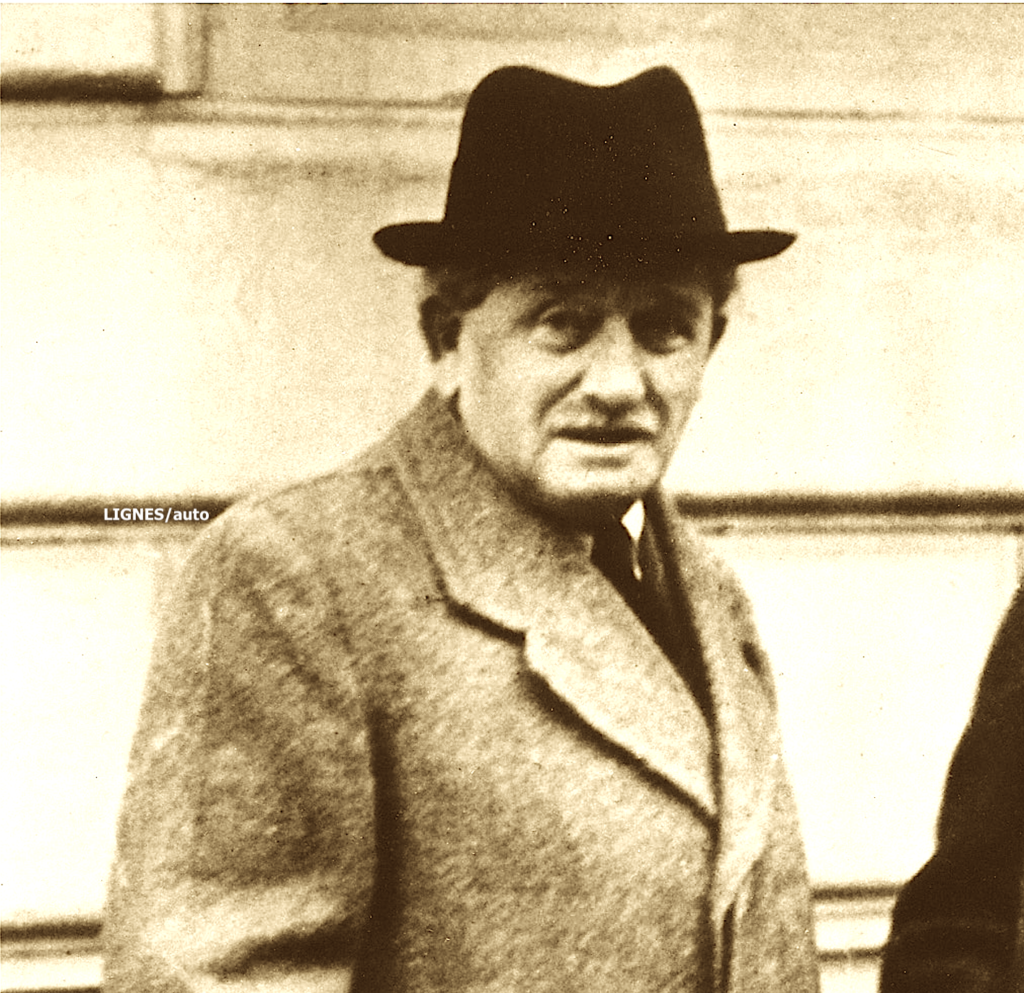