Axel Breun has been designing Renault cars since 1987, and more specifically, Renault… Alpine! From designer to head of concept car design, via Renault-Sport design manager, who better than him could tell us about the Alpine cars of yesterday, today, and those he would like to see in the future?

Alpine is not dead. The A110 will continue to be produced for at least two years. And for his part, the new boss Luca de Meo has integrated this brand at the heart of the four entities of the future of Renault: Dacia, Renault and a new brand for the mobility vehicles of the future. Jean-Dominique Senard, announced on Friday 29th May that there is “incredible competence” at the Dieppe site. The factory will therefore have to be upgraded. “Alpine is a magnificent brand, but continuing in this way would not be a serene situation”.

The A110 should stay at least two years in Dieppe. For the rest, we have to wait for Luca de Meo’s speech scheduled for early January 2021. We can imagine a search to make the Alpine brand perennial (on another site?), undoubtedly with a vehicle based on the Nissan EV platform, since Renault has announced that it wants “less diversity” and a passage from 13 to 4 platforms by 2026 for the Alliance.

In order to “understand” Alpine and more particularly the product-design aspect that interests us most, we interviewed Axel Breun, author of the A110-50 (below) anniversary concept car, but also actor of all the Berlinette’s rebirth projects, either as a designer or as a manager.

Axel Breun was hired at Volkswagen by Patrick le Quément. When the latter left VW for Renault in 1987, Axel followed him and has remained loyal to Renault ever since, either with Le Quément or, from 2009, with Laurens van den Acker.
LIGNES/auto: So, Alpine, it speaks to you!
Axel Breun: “Like all young Germans, the Beetle was my first car, but at the age of 20 I got myself an A110! I didn’t compete with it, but I still managed to damage it a bit! Later, I had the opportunity to drive an A310 V6, because I loved its design. But I found the engine a bit soft. I had imagined a sports car like the Berlinette, but in the end it was too comfortable for me. But today, at my age, I think I would love it!”

Axel Breun followed Le Quément at Renault with the firm intention of giving birth to the Berlinette of the 2000s. He was one of the three designers on the W71 project in the late 1980s. After the abandoned W71, the Z11 (below) takes over with the hope of a presentation in Geneva in 2001. Axel is still involved, but it is Nicolas Dortindeguey’s project that is retained. The concept car is ready for Geneva 2001, but Louis Schweitzer blocks it at the last moment.

Four years later, in 2005, Axel Breun is also on the project of a small 2+2-seater SUV with a central rear engine for Renault-Sport. This W16 project was no more successful, despite a nice drawing by designer Antony Villain, who would give birth, ten years later, to the new sedan for 2017. At last! But before this rebirth, there was one more test supervised by Axel: that of a Berlinette based on the Nissan Z (detail below). With front engine, so… In short, Alpine and Axel Breun is a passionate story.

LIGNES/auto: the Dieppe plant on probation, does that hurt you?
Axel Breun: “Instead of talking about a reprieve, I’d rather talk about an asset! Beyond an accessible and affordable range with Dacia perfectly integrated into our portfolio, it is Alpine, with its products and its DNA, which represents part of the future of the automobile to be developed. Namely, the search towards lightness, but also towards true aerodynamics – the opposite of an SUV – and above all, attractiveness and diversity. Therefore, we must focus on the long term to guarantee profitability. Even more so in this post-Covid-19 period, as people will spend less on long-distance travel and more on other pleasures, I’m thinking in particular of compact convertibles… electric or hybrid.”

But an Alpine built somewhere other than Dieppe, is that imaginable?
A.B.: “Building somewhere else than Dieppe is imaginable, but frankly, I’m convinced that the site can play the role of a “pilot plant”, with all the experience it has already acquired in the construction of a light car. Add to that our expertise in hybrids and electrics, and you’ve got a nice cocktail!”

I’ll give you a magic wand. What are you doing with the Dieppe plant?
A.B.: “I would develop Dieppe and its region as a real “experience park” for our customers, with a “race” and “off-road” test track… I invite Renault Marketing to look at what Porsche is doing in Hockenheim, Germany, with structures capable of hosting club meetings, a bit like in England, events and tests of the range. Porsche is aware, as are other German manufacturers, that speed limits will eventually come to Germany.”

Porsche seems to have been very interested in the Berlinette!
A.B. “Yes, of course, and not just the experts from the competition who consider the A110 to be a real gem. My fellow designers at Porsche also know that it’s a great direction to take in designing the sports car of tomorrow. They, too, dream of a sporty little compact car.”

Germany is a country of speed, passion and automotive culture. Can you imagine it in France?
A.B.: “The French automobile industry has never understood the cultural leverage of the automobile. Look at the example of the automobile museums, which are highly developed in Germany, and almost non-existent in France, to my great regret. In Germany, the interest in the automobile is through education, with visits to primary schools in Munich, Stuttgart or Zuffenhausen, for example.” Porsche Museum below

You were responsible for the concept car design when the Captur concept was revealed in 2011. It was a true Alpine coupe SUV!
A.B.: “Ah! the Captur concept! Of course, in our concept car programme, Laurens van den Acker’s famous daisy, we dreamt of a small Alpine SUV: athletic, sporty, light… We put these ingredients in our Captur for the Genève 2011 Motor-Show concept car! This was already the case for the first concept car of the van den Acker era, DeZir. But our management was rather hostile to our desires, and it was impossible for us to present DeZir or Captur with an Alpine logo. It was too early. So I was able to correct the A110-50 concept car and DeZir, but frankly, the Captur concept car still has the genes of an Alpine: look at the bezel and roof-custode part and the cut-outs, which are typical of the brand!”

Who signed the “real-fake” Alpine Captur style?
A.B.: “Captur was designed by a young and talented designer, Julio Lozano who is now with Audi. It’s a shame because contrary to what managers often say, I don’t think everyone is replaceable!”

There would be two possibilities for the future of the Berlinette: be produced elsewhere, or disappear in 2022-2023 to make way for an electric SUV coupe. How would you see the Alpine range of tomorrow?
A.B.: “Firstly, a more international range thanks to the assets of the Alliance. With, on the sports side, a real car for the 24H of Le Mans instead of our little understandable commitment in F1 (Renault’s presence in F1 was confirmed on Friday 29th May by the management of Renault). Then, it would be suicidal to ignore the SUV fashion… so, yes for a small hybrid Alpine SUV, Captur type. But not alone! It would absolutely have to be an Alpine A110 convertible, long demanded by the design and desired by many countries, especially Germany. You have to think “fun” and less “performance”, a direction not always understood by the enthusiasts that I love anyway!”

Renault this Friday, May 29th has left a lot of grey areas concerning the product plan. The brand is expecting its new director, Luca de Meo (above) in July. His arrival is good news?
A.B.: “Luca de Meo is a car lover. I remain optimistic because it reminds me of the arrival of Laurens van den Acker in the design department, which has allowed changes to take place. And then nothing says that Luca de Meo will not question some decisions written down on paper today. This could be good news for Alpine!”

FIND ALL THE ALPINE PROJECTS (W71, Z11, W16, W19…) IN THE BOOK “CONCEPT-CARS ET PROTOTYPES D’ÉTUDES RENAULT” AVAILABLE AT THE END OF JUNE ON THE BJB ÉDITIONS WEBSITE (SEE IN OUR MENU THE DEDICATED TAB) 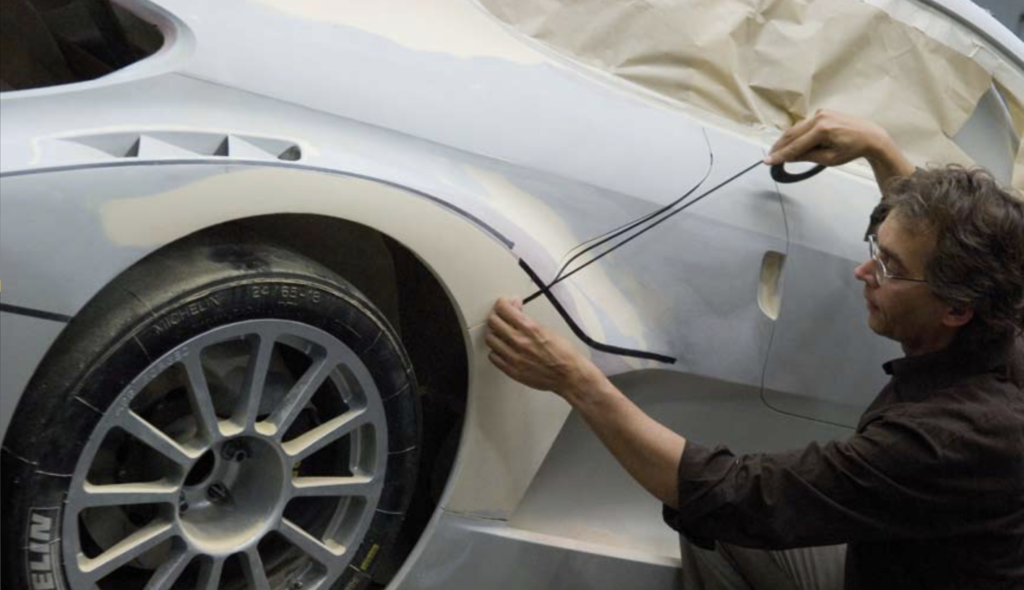