Citroën has decided to unveil its second centenary concept-car to the public at the Viva Technology “Viva Tech” show (see previous post). We met the style director, Pierre Leclercq, to discuss this amazing UFO.

LIGNES/auto: when you arrived at Citroën last winter, you expected to see so much creativity ?
Pierre Leclercq: “Yes, I expected it because I have always seen French brands, and especially Citroën, capable of bringing quite exceptional concept cars. Now, did I expect to see these concepts in the studio, my answer is no, and my surprise was super positive ! When you arrive in a new studio, sometimes you find projects to which you don’t necessarily adhere, whereas on the contrary, when I saw these two concepts, I loved it !”

19_19 is still very particular….
P.L.: “Ami One is exceptional for its vision of tomorrow’s urban mobility but yes, when I saw 19_19 as a model, I said wahooo: its incredible proportions, its large wheels. We worked hard with Goodyear to develop them, they really helped us.” 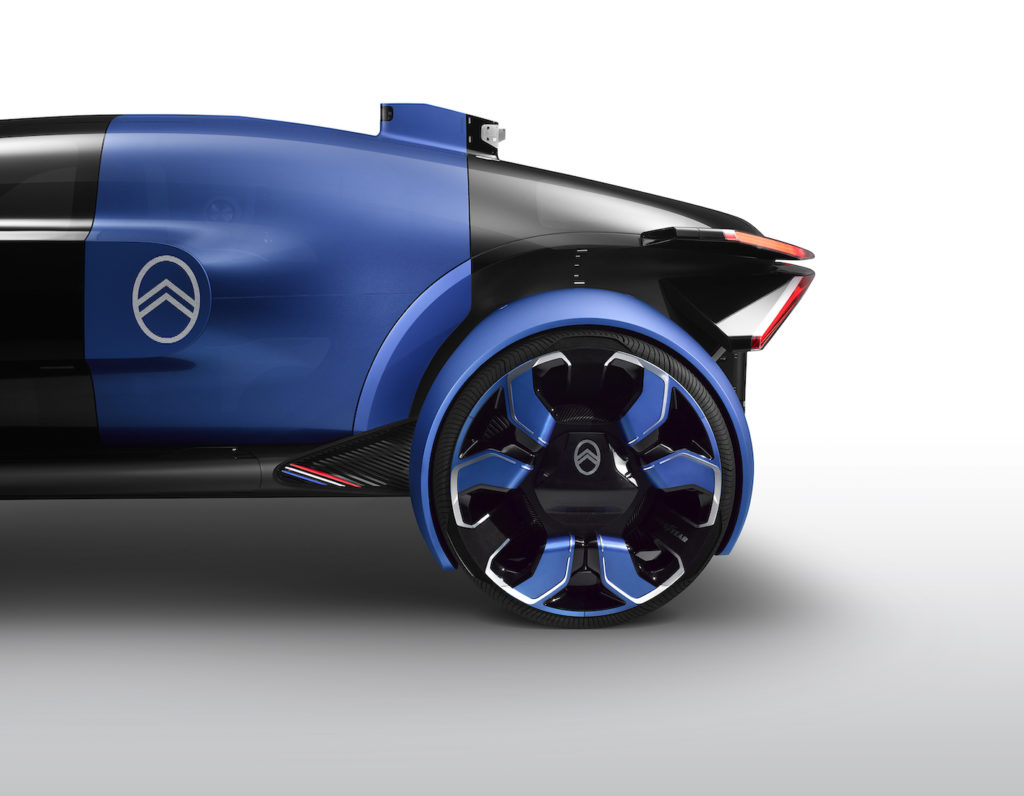 30-inch wheels, a designer’s whim ?
P.L.: “No, not only ! These wheels are an integral part of the concept. The capsule carried high by these wheels allows us a super-aerodynamics by the lower flows. We’re really here in the aeronautical world.”

For the inspiration of designers, this aeronautical universe is an essential part of the design process ?
P.L.: “If you carefully observe every detail, the concept is very interesting. In our creations, whether for concept cars or for the series, we make a sketch of the shapes with soft, simple volumes and we propose a strong contrast with the details treated, as here on 19-19, as they would be on an aircraft. For the series as well as for the concepts, it is necessary to have inspirations outside the automotive world ! 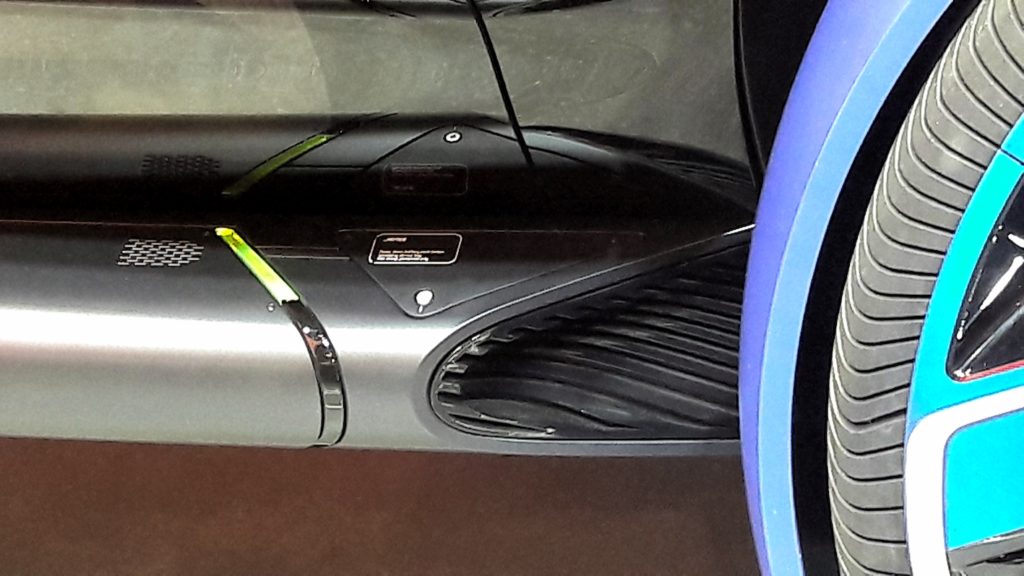 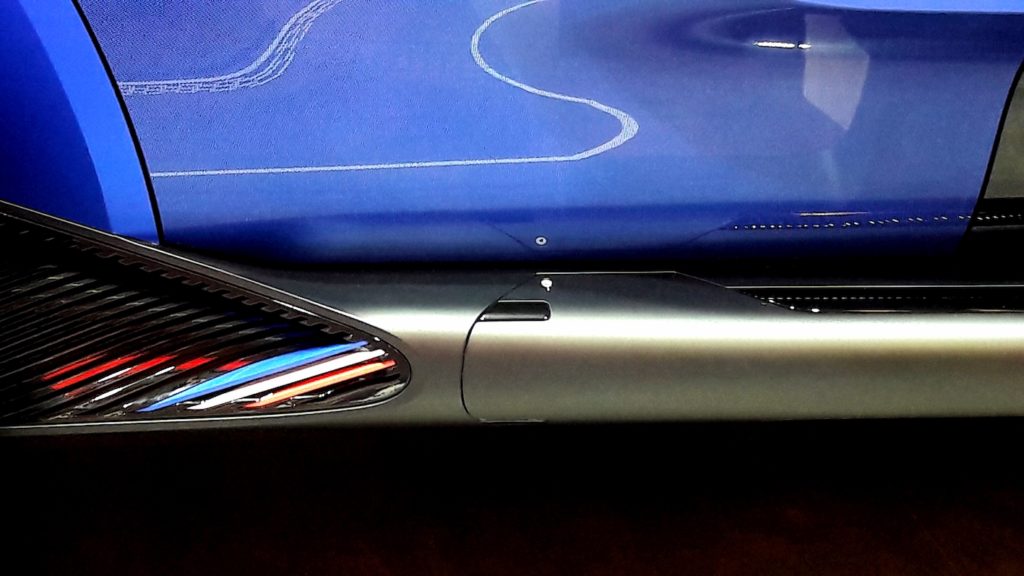 Will this prospective 19_19 concept car, since it plunges us into 2030 (*), have an impact on production cars ?
P.L.: “Very clearly, we have this car in our studios. The same teams developed it and are working on the production cars. So I can tell you that we have a lot of ideas inspired by this concept about the next cars we’re designing now, for the next four to five years. We don’t do style exercises to leave them aside, but to inspire our serial studies.” 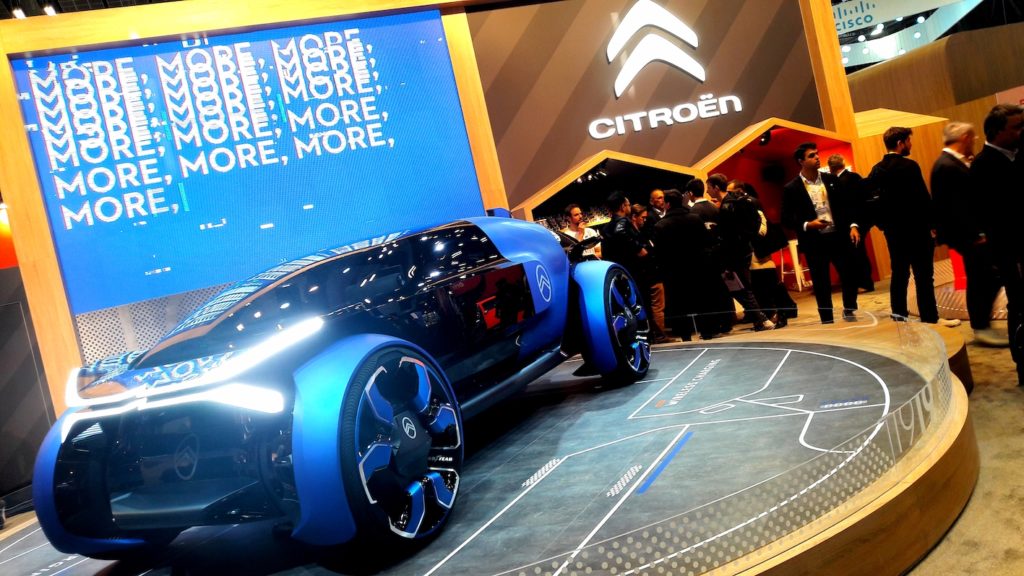 (*) Frédéric Duvernier, head of phase advance and concept-cars at Citroën, explained to me on the Citroën stand at this Viva-Tech show that “the phase advances created today concern production vehicles that will arrive in 2023, and the life span of these vehicles will bring them to 2030.” So 19_19 is not science fiction!

In a society where everything is moving ever faster, especially in terms of communication, should concept cars be even more avant-garde ?
P.L.: “Concept-cars are, because they must lead us on new conceptual paths and must feed our range in the medium or long term. But in general, design is becoming more and more important. Twenty or 30 years ago, a customer who bought a Citroën remained a Citroën customer until retirement. Today, there is volatility and we have to convince, especially through a strong style.”

There are not only concept-cars, there are also show-cars closer to the series. Will there be a show-car for the large Citroën sedan between the CXperience concept and the production car ?
P.L.: “That’s a good question… To be honest, the answer is not yet definitive.”

Does that mean the question arises ?
P.L.: “Yes, the question arises, but the problem is that there are not many motor-shows and we have a lot of cars under study. Do we need a show-car for this one ? You have to look at the schedule too…. When you have a car like the CXperience that inspired this project, do you need to redesign a concept or do you bring the car into production right away ?”

CXperience has affirmed this new style while remaining flexible without edge lines. It will be sustainable for more than one generation of cars ?
P.L.: “This style is a philosophy, and above all, it differentiates us from the group’s other brands, we don’t walk on our feet ! So yes, we will keep this philosophy !”

Can you summarize 19_19 in two words ?
P.L.: “It’s a rolling cloud ! It’s really the inspiration, a drawing by designer Romain Gauvin. It’s great when you can bring the designer’s original idea to the finished product, it’s strong.”

To find this concept car at Viva-Tech and not in a car show, does that shock you ?
P.L.: “We are here in a technology show and Citroën is the second largest French brand in terms of patent applications. We live in an era where technology is not just a box that you put in the car. The technologies that are all around us in this show will influence and even reference the future of the automobile and mobility. It is therefore only logical that manufacturers should meet in such exhibitions.”

Ami One and 19_19, it is the couple 2CV – DS which is reforming !
P.L.: “Yes, that’s how they were thought. I’m personally happy to have them together because one doesn’t go without the other in the brand’s discourse.”

This show is the concrete expression of the agreement between Airbus and RATP for passenger transport drones with a view to 2025. Are you working on such concepts ?
P.L.: “Look, I can’t answer you right now. But I’d like to talk to you again in a year’s time…”

Interview by Christophe Bonnaud at Viva-Tech 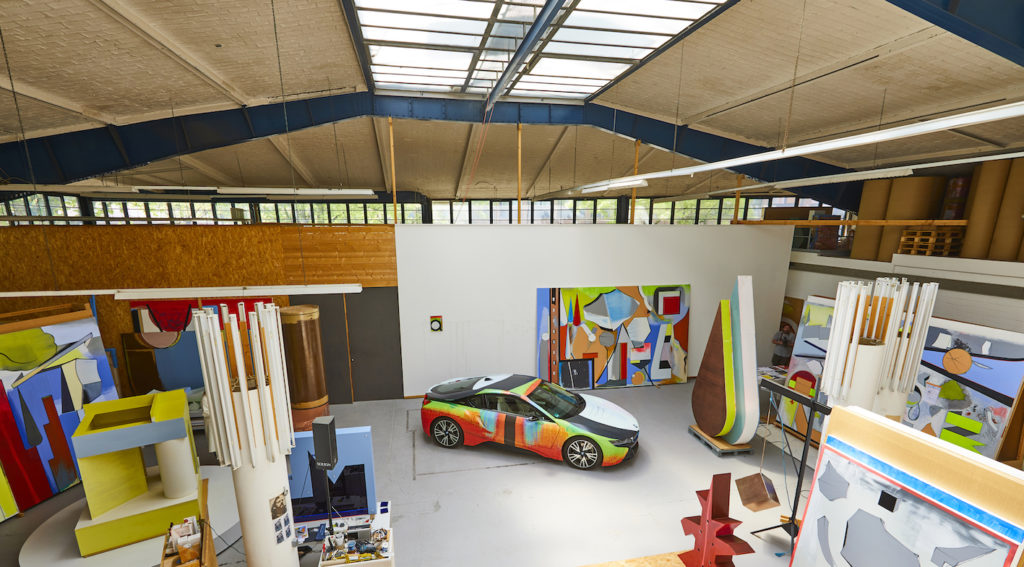