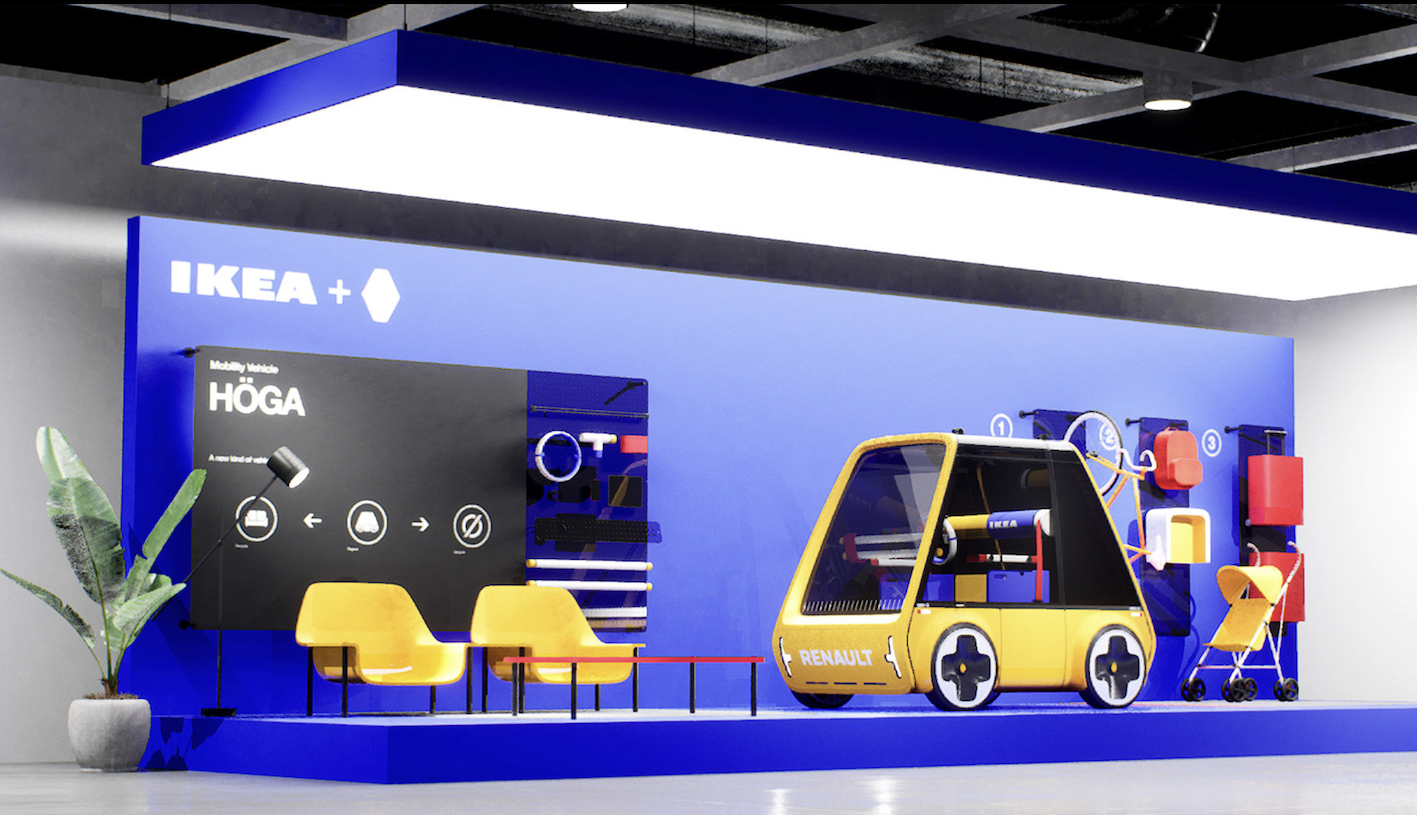 Here is a project from the thesis of designer Ryan Schlotthauer from the CCS school in California, shared on the Behance website: https://www.behance.net/gallery/117550475/HOEGA-IKEA-MOBILITY?tracking_source=curated_galleries_product-design

We are shedding light on a vehicle that will no doubt remind you of Citroën’s Ami (concept and distribution system), since this urban mobility cube can be bought at IKEA and benefits from Renault’s technological intelligence for its platform and its Mobilize brand for sharing.

Höga is a concept built on the idea of building bridges between a major automobile manufacturer and another furniture manufacturer and on the sharing of simple and inexpensive urban mobility. Höga is also part of a global project where recycling and manufacturing are anchored in the functioning of a society of the near future. Höga simply aims to bridge the gap between the transport-deprived suburbs and the city.

Designer Ryan Schlotthauer says he was largely inspired by the minimalist theme of the Bauhaus school. He points to his thoughts on the design, graphics and details of his project.

The technical skateboard from Renault is used to power the little machine. The space frame structure and the bodywork are made entirely of recycled materials. Höga does not end its life in a landfill, but is reintegrated into the production system.

The whole vehicle is delivered in a box with no less than 374 parts (and probably the screw that remains in your hands after assembly…) but 68% of these identical parts are used several times for assembly: symmetry plays a major role in this simple design.

On board, simplicity is still the order of the day, with a ‘bar’ acting as the dashboard structure that lifts up with the large glass section that acts as the entrance.

This little four-wheeled cube is practically empty and can thus adapt its architecture to many situations: transporting one or two people, a pushchair, a bicycle and even a seat for a person with reduced mobility. In this respect, the Citroën Ami is not as good, despite its recent Cargo version. (yes, but it is on sale, unlike this nice project…)

Fully equipped, the little Höga would cost 6,500 dollars, but it is above all designed for shared urban mobility. Note that it is a designer living in California who brings together in his project an essential Swedish brand and another, very French one!