To celebrate the 40th anniversary of the Peugeot 205, we offer you an extract from the numerous interviews conducted with Gérard Welter (1942-2018) in 2008. Here is his comment on the GTI derivative: “The GTI evolution was a gamble. First of all, the three-door 205 with its very particular rear window design. When they discovered this variant, the sales staff absolutely wanted to have a decoration on the sheet metal panel. So we designed some covers, and in one of them we integrated the fuel filler cap. This was not a simple solution because in industrial production, the whole thing had to be aligned, it was not that easy! We heard all the possible comments: “Ah, those designers with their twisted ideas!”

“Well, with the success, it was rather amusing… Success as much for the three-door as for the GTI. This one was not wanted by the stylists, but by Sochaux. Peugeot needed a flagship car alongside the many variations already planned. We wanted a more powerful car capable of going after the Golf GTI. We wanted to attract the Golf’s clientele and this desire was supported by Bruno de Guibert who was in Sochaux. As far as styling was concerned, we designed a rather flashy car with a red interior! It was Paul Bracq’s team that took care of the interior of the GTI. It was a success right from the start! We succeeded in our challenge to beat the Golf, which proves that anything is possible!”

As for the production 205 Turbo, Gérard Welter spoke of his complicity with Jean Todt: “The Turbo 16 is above all the entry into the competition with Jean Todt at the helm, all under the direction of Jean Boillot. Todt and I got on very well. Jean knew me from my participation in the 24 Hours of Le Mans with the WM/WR team. He came to me simply, asking the styling team and myself to design this car quite quickly.”

“He wanted from us what he always wanted from his teams: the best! We made a pretty good model and Jean Todt and Jean Boillot were immediately seduced. The car was nice with its big wings and I think it only needed a few modifications to house the mechanics and the car was industrialised in 200 examples as it was.”

Warning: any reproduction of the (paying) photos of the Aventure Peugeot Citroën DS and the Gérard Welter archives without the consent of the author is illegal (article L.122-4 of the intellectual property code) 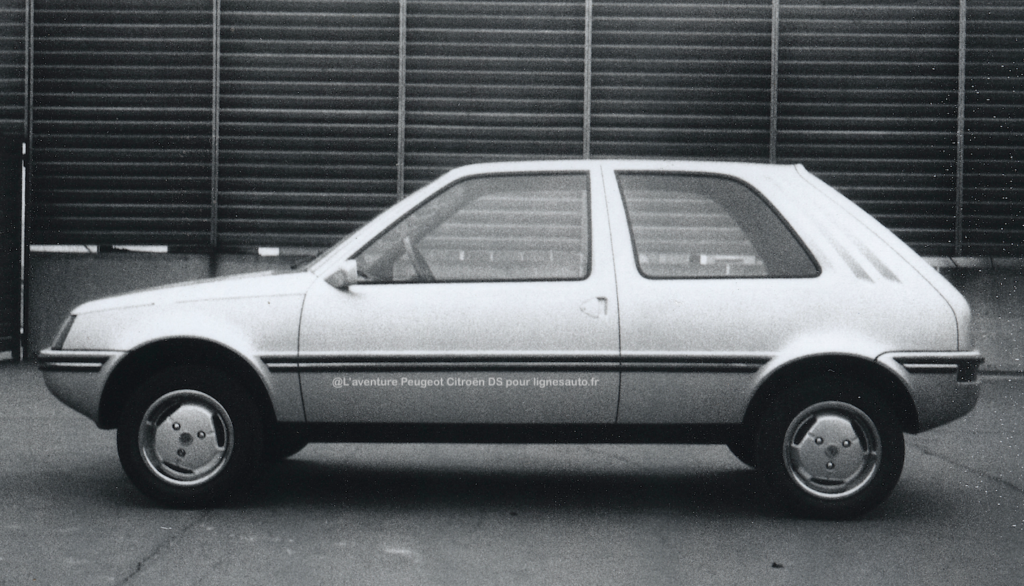