From September 1962, when he joined Citroën alongside Flaminio Bertoni, to 8 January 1986, when he left the Renault design office, Robert Opron devoted a large part of his career to the two major French manufacturers, “the heavy artillery” as he liked to describe them.

Born in February 1932, he could hardly read when he was already drawing with his hands at the age of 5! “I then became passionate about American cars, I had a beautiful collection and this passion for cars never left me” he told me in an interview after he left what was still the Renault company. After training at the Beaux-Arts in Amiens, he joined Simca like many other designers of his generation.

“It was all the more tempting because it was the first car styling centre that existed in Europe. Nocher was part of it as well as Béligond and Deschamps. You could say that we discovered professional styling at Simca, an American-style marketing style that consisted of designing beautiful objects without worrying about anything else.” A method that was to change dramatically when he arrived at Citroën.

The meeting between the genius Flaminio Bertoni and Robert Opron has been told many times. Robert Opron told me about it in his own words: “I went to Citroën after reading a small advertisement worded with a kind of mystery dear to the brand. It said a few words: ‘Important industrial group seeks a designer with proven creative skills. Write to the newspaper and they will pass it on.’

“Of course, I wrote with some friends and we were summoned to the André Citroën quay. It was a late morning, I remember it very well, we presented our files and the head of personnel wanted me to meet Bertoni that same day. He was on a test run at La Ferté’, so I had an appointment at 4 p.m. of the same day. I went a little early to the caretaker in the Rue du Théâtre. It was a dark and filthy environment, there was a small slum and behind it a room with a drawing table and two old chairs, that’s the truth! I was asked to wait there. At about 4 p.m. a car arrived and I saw a guy get out, soaked in sweat and wearing shorts, it was Bertoni. He asked me what I was doing here, I explained that I had answered an ad.

“He seemed to know and then asked me what I could do. I opened my file with my drawings and he looked at them. With his cane, he pushed them aside one by one and told me they were no good at all. He then swung his cane hard, scattering all my drawings on the floor. I didn’t agree at all with his manner and told him so. Then he started to pick up my drawings while telling me that he was interested in me! I told him that I was not interested in him! And I left.”

Opron returned home thinking, “I could never work with this guy.” However, Robert Opron signed his contract shortly afterwards. “Bertoni was a very cold guy, but in fact he was a big-hearted man underneath a gruff exterior.” In 1964, when the Italian genius died, Opron took over the direction of Citroën’s styling until 1974 and the release of the CX, the last Citroën of the Michelin era.

He had previously designed, among others, the Ami 6 estate, the Ami 8 saloon, the SM Maserati coupé and the GS. And let’s not forget the cars he loved to design: the DS of General de Gaulle and the SM of Pompidou. In January 1975, Opron went to Renault. “I needed a change of scene. Moreover, I liked Bernard Hanon’s personality very much. I was impressed by his will, his love of the car and his culture. He is a man with whom you have the impression that you can do great things and, at the time, it was very tempting.”

He arrived at a time when the R14 was in the pipeline for industrialization. As soon as he arrived, the idea of creating an advanced style centre germinated in his mind. This office with a far-reaching vision was set up in Nanterre. “We hired young people, including Deschamps and Venet.” Then he wanted to set up a studio of this type in the United States… This is partly what will lose him.

The near bankruptcy of the Régie Renault in 1985 and the departure of Bernard Hanon precipitated his ousting, after he and his teams had created the Renault 9 (a frustrating project in the face of the avant-garde proposals of the designers and even that of Gandini), the Fuego and the 21, which he had to let go to Giugiaro. Not to mention the many projects of the VBG programme at the bottom of the range.

“I was becoming useless in the house,” he told me disillusionedly just after he left. “I always did this job for the company that wanted to hire me. At Citroën, I learnt the fine technology and the good gymnastics of mind which consist in always pushing forward towards innovation which is progress. At Renault, I learnt that marketing, which is too advanced, is very enriching, provided that you know how to use it.”

After his time with Fiat and Alfa Romeo, his studies for Ligier and his consultancy work, Robert Opron continued to live in the house he designed himself in Verrières le Buisson. Only a few kilometres from the PSA and Renault design centres… He died on 20 March 2021, at the age of 89.

Biography:
1932: Robert Opron is born in 1932.
1948 : At the age of 17, he contracts tuberculosis and fights hard against the disease
1958: Becomes a car designer at Simca
1962 : He joins the Citroën design office alongside Flaminio Bertoni
1964 : Becomes head of Citroën styling when Bertoni dies
1975 : Leaves Citroën and becomes head of Renault design
1984: Wants to set up a centre in the United States. He leaves the Régie that year.
1985: He joins Fiat design before founding his own consultancy.
2021 : Died on 29 March

Sat May 8 , 2021
It is all very well (and logical) to celebrate the first of Man on the Moon. LIGNES/auto, on the other hand, celebrates the first turns of man’s wheels on our grey satellite ! Topic published by l’autojournal – June 2019) and written by LIGNES/auto. Photo Credit : NASA The Moon […] 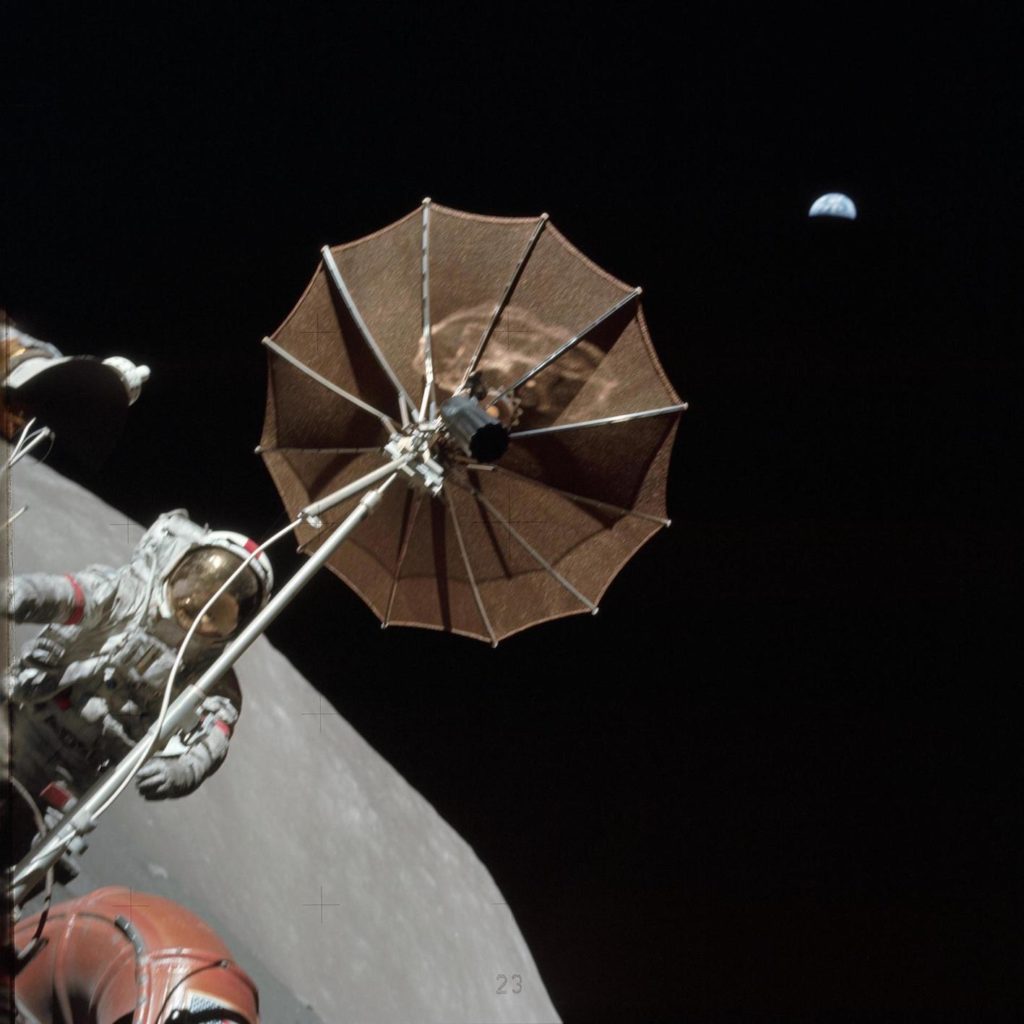