Appointed Citroën product manager in 2014, Xavier Peugeot experienced the “renaissance” of the French brand, after the latter lost its “DS line”, a flowery and profitable branch that became a brand in its own right that year. To bear the name Peugeot when you are at the head of Citroën products would have been inconceivable in 1976. This man’s passion for the brand is nevertheless very tangible and it was “rue Linois”, during this rather special weekend when Citroën offered an open-air museum (http://lignesauto.fr/?p=10741) that we briefly met him.

LIGNES/Auto: 2040 should theoretically sign the death of internal combustion engines. Will you be ready or is it a totally ubuesque decision ?
Xavier Peugeot: “First of all, I will answer that this is a question that concerns the entire PSA Group. We will proceed in stages. What is obvious and the first thing we saw was that the CO2 targets have been tightened (*) and that there are other deadlines that are well before the one you mentioned and that are already nice challenges ! Carlos Tavares has given us a mission to ensure that the PSA group does not have any financial penalties in relation to its deadlines. We are organizing ourselves for this and we are in line with our objectives.” 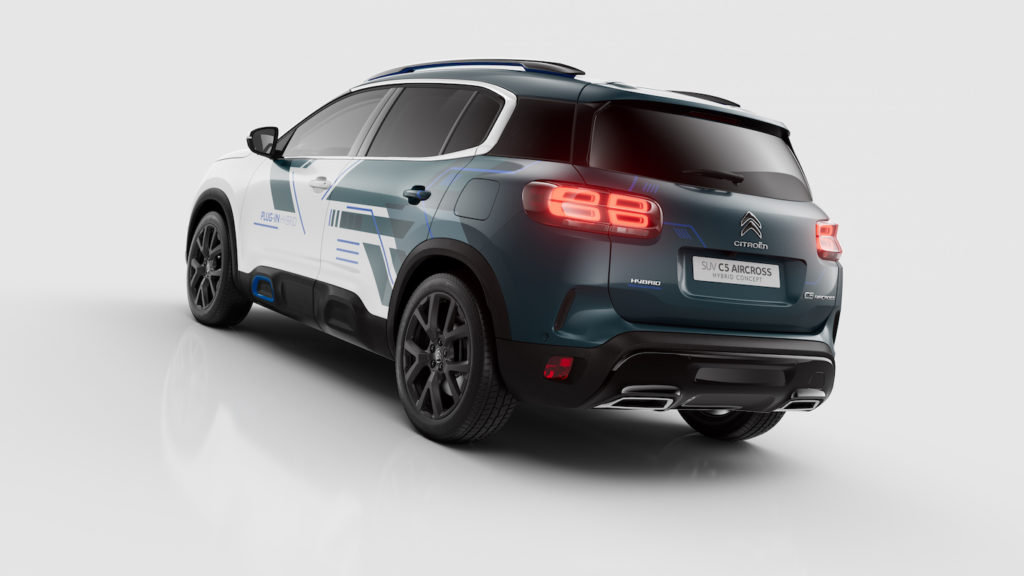 The C5 Aircross will adopt a plug-in hybrid powertrain and will be available next year. It will be accompanied by a new 100% electric vehicle. 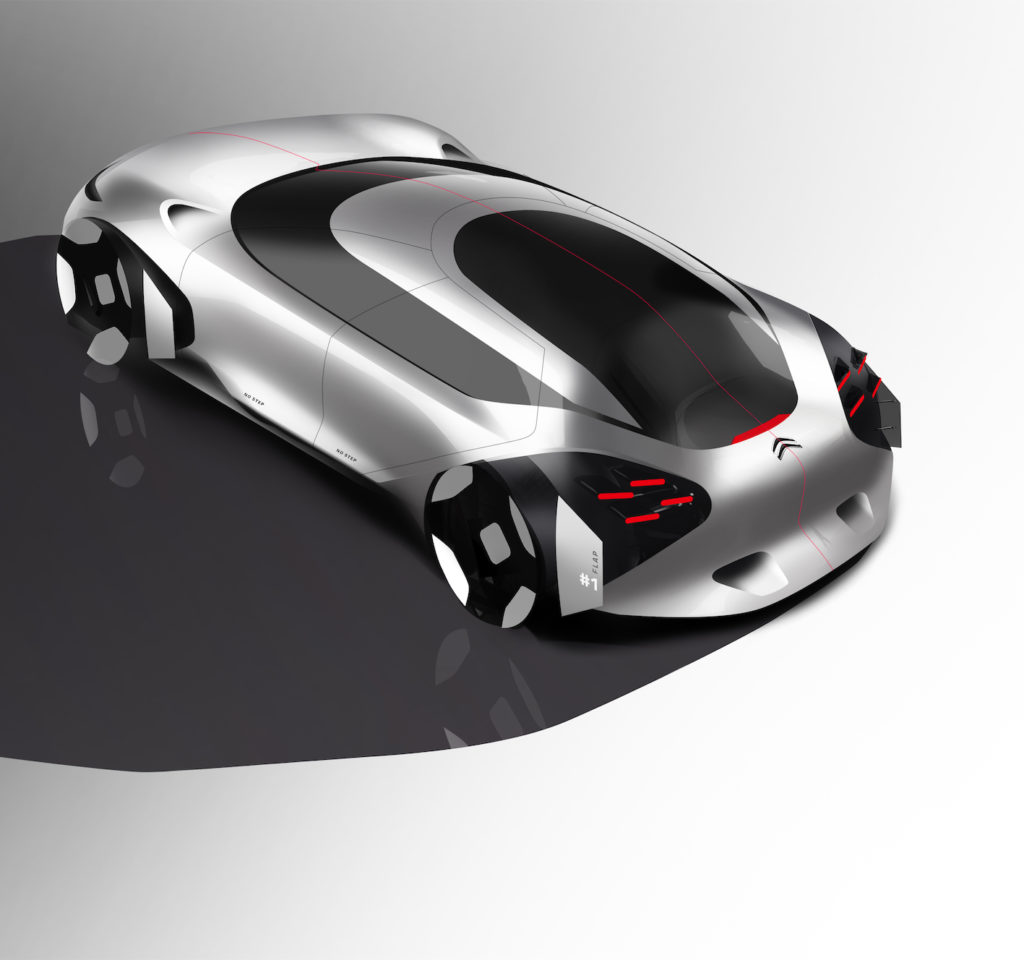 Introduced in 2016, more than two years ago, the CXperience concept car announces the aesthetic theme of the future large Citroën sedan.

The DS brand will present its large sedan at the end of the year, before the Citroën large sedan… Are you saddened or on the contrary serene ?
X.P.: “I’ll tell you one thing: I’m extremely serene ! For the past 5 years we have been deploying a roadmap that we have announced and we are doing what has been announced. It is true that there were some concerns when the DS brand was created in 2014 because we finally decided what Citroën would become in this context. But Carlos Tavares’ decision to make DS a brand in its own right was an opportunity for Citroën to immerse itself in its DNA, redefine a roadmap and redefine coherence in its history. Our ambition is to be a manufacturer of the core market with increasingly international ambitions. This ambition is therefore to offer cars of different sizes that meet customer expectations, and there is no difficulty or ambiguity in being a mass market manufacturer that offers a large sedan offer alongside a brand like DS that will make a proposal of this kind. Simply because we are not talking to the same customer, we are not in the same price ranges, we do not offer exactly the same services.” 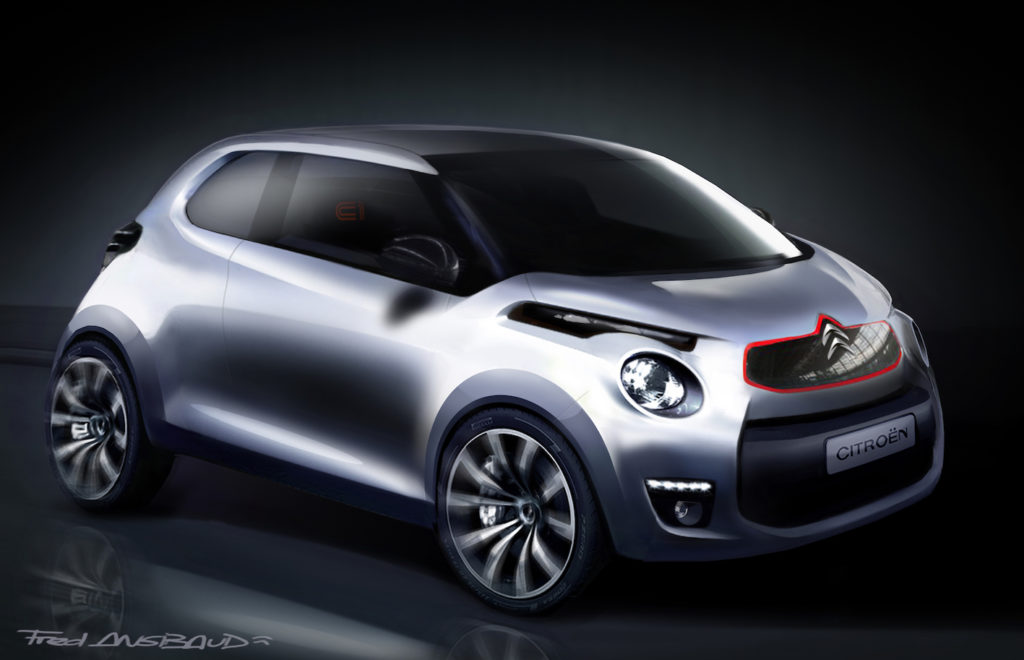 Does a “classic” 3.40 m car still have its place in the current context, knowing that the factory that produces the C1 will become a 100% Toyota site…
X.P. “First of all we continue with C1 which works very well. In parallel, we have the famous “Core Model Strategy” (**) with a number of silhouettes developed in partnership within the group and which we are gradually deploying. This is an opportunity for us in the small city car segment to connect to changing customer expectations.  We see that in terms of low prices, mobility response, electric compactness and urban cars, there is still a lot to be done. This is in our current thinking. And the fact that we presented a concept car like Ami One, which remains a unique object and will remain so, is no coincidence. This proves that we are at the heart of these reflections and that we will continue to propose, in one way or another, an urban response in line with its new expectations. Give us some time !” 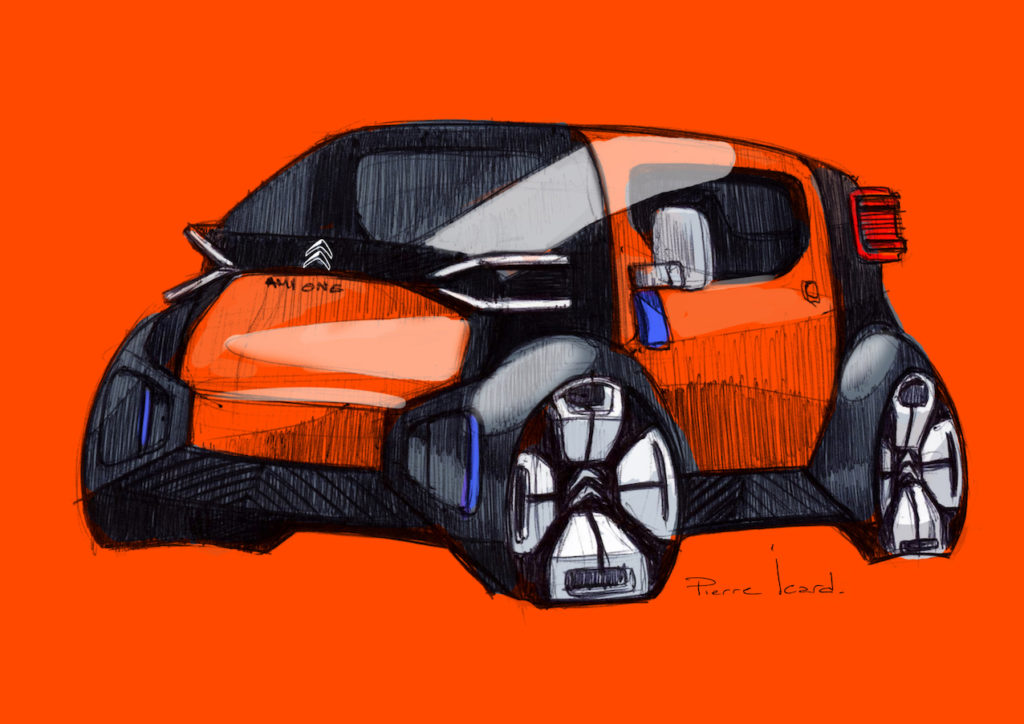 The customer of tomorrow no longer wants to own his car, but rather to target all kinds of rentals ?
X.P.: “Absolutely, but not only. The customer is waiting for a compact, electric car. But it also wants intelligent answers, a range of solutions, competitive prices… Finally, answers not so far from those offered by Ami One (above).”

An iconic model will celebrate its 50th anniversary next year, the SM. Who of Citroën or DS will be in charge of commemorating this 50th anniversary ?
X.P.: “We don’t do revisionism ! Today there are two distinct brands (Citroën and DS), but before 2014 there is only one common history. We are not going to rewrite this history under the pretext that we have given two different orientations to brands. Our relationship with clubs and enthusiasts is transparent, it is not an insult if one or the other, or even both brands, celebrate the SM’s 50th anniversary. Frankly, in terms of icon, the SM is really an icon !” 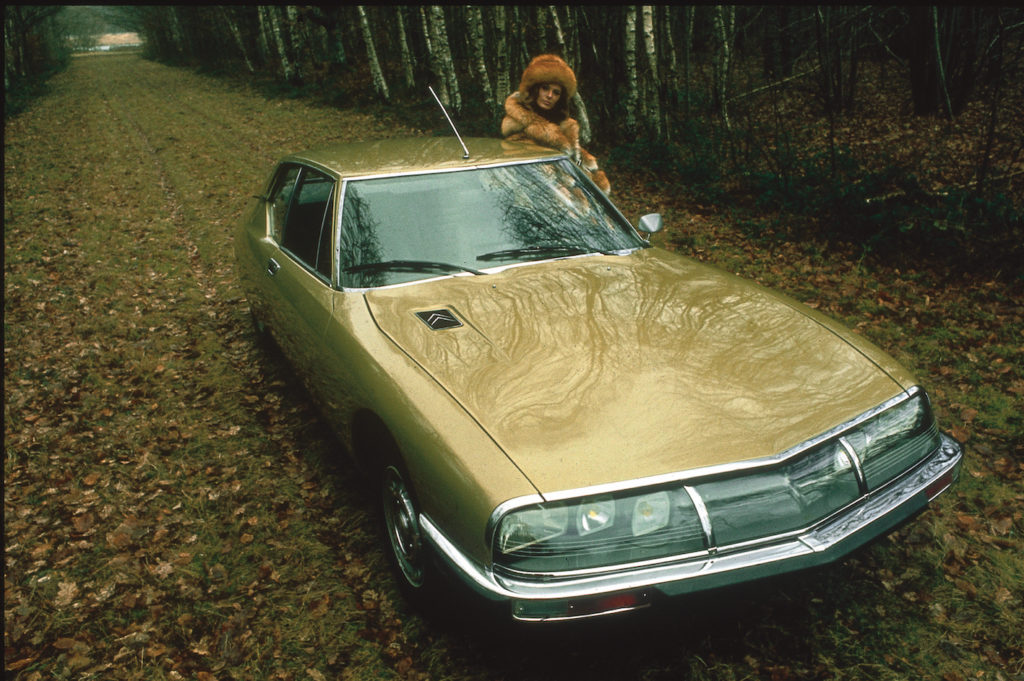 By that I meant to create a “tribute” concept car, why not like e-Legend for the 504 coupé ?
X.P.: “A concept car focused on SM ? No, I think we need to reinterpret ourselves. 19_19 Preparing for the future in our own way. No concept car, but to mark the 50th anniversary of the SM, yes!” 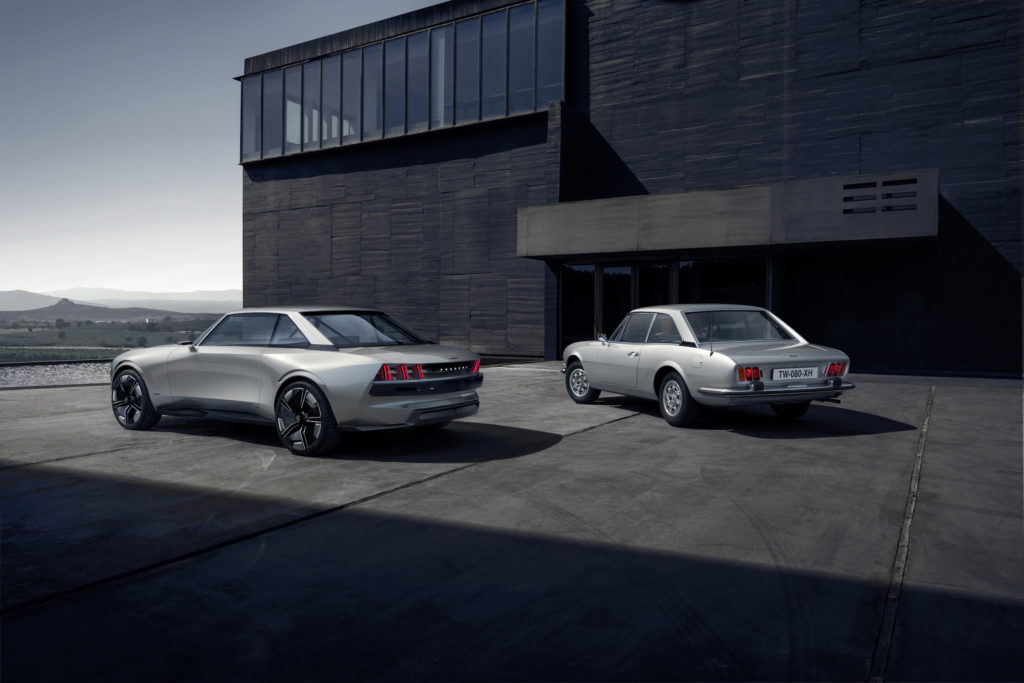 The 504 coupé was honoured with a concept car in 2018. This will not be the case with the Citroën SM….

Pierre Leclercq succeeded Alexandre Malval as head of Citroën design. What will change with his arrival ?
X.P.: “We have done an excellent job with Alexandre Malval and I would like to take this opportunity to pay tribute to him because he is a very great talent who has contributed a lot for many years and especially at a pivotal moment. I am delighted and I greet him. Pierre Leclercq’s arrival is part of the life of a company, where there are logical renewals of men and women. Pierre will bring us his international experience, his knowledge of other brands. It is immersing itself in the Citroën DNA and will bring us a renewal that I am looking forward to, as our collaboration has also got off to a good start.” 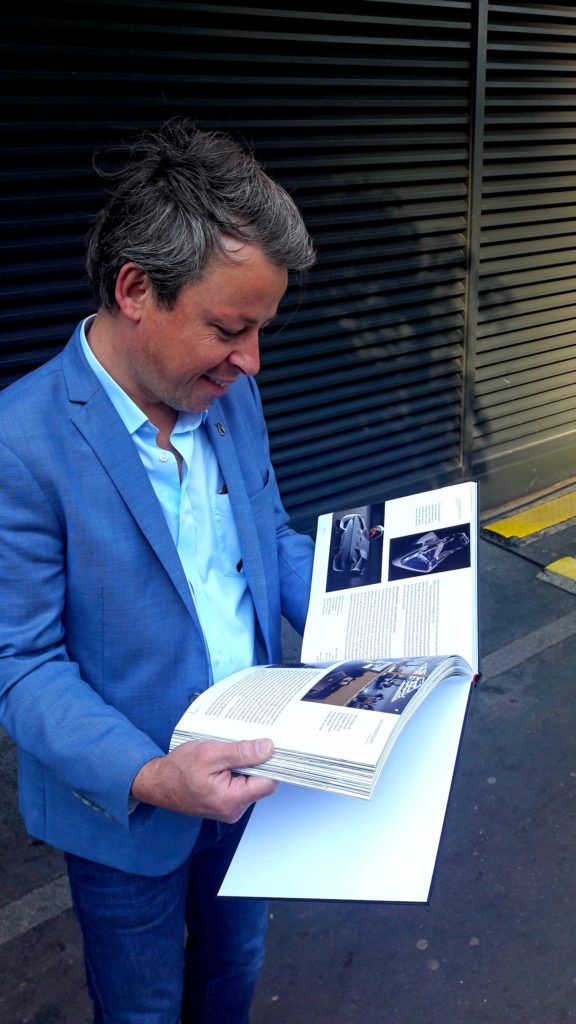 (*) From 2020 onwards, CO2 emissions from new vehicles registered in the European Union must not exceed an average of 95 g/km of CO2 per car, compared to 117 g in China, for example. The penalty will be €95 per gram of overrun and per vehicle sold. These penalties for PSA would be strongly impacted by its predominantly European sales, with 3.1 million vehicles sold in 2018 in Europe for a world total of 3.9 million.

ENGLISH - Vision M Next. BMW, why don't you change the disc ?

Thu Jun 27 , 2019
LIGNES/auto, it’s also a You Tube channel https://www.youtube.com/channel/UCtd0i6ZUwsguWsDwwfiK3cA and a Facebook page : https://www.facebook.com/lignesauto/?modal=admin_todo_tour A new BMW concept car is always an expected event. This time, with the Vision M Next concept, BMW wants to reassure lovers of motoring sensations and pleasure by confirming that even with electric madness, BMWs […] 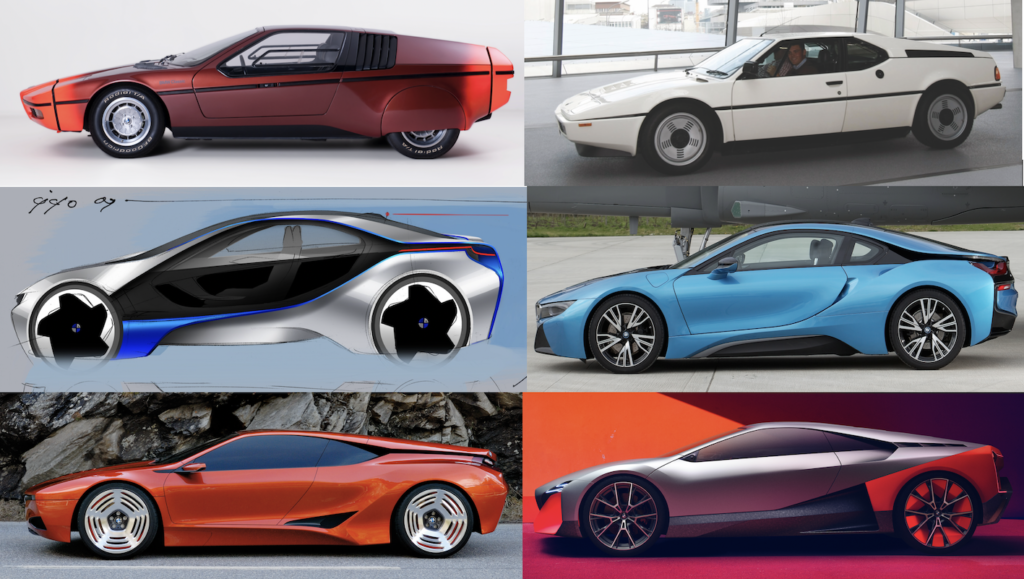