Originally, the ‘la Ferté Vidame site‘ was first of all a castle and its huge park. A site which, because of its size, will interest many personalities in the aeronautical world at the very beginning of the 20th century. But rather than the plane, it is finally the automobile that will take over, thanks to Michelin, which has just taken over the Citroën manufacturer and which is seizing the opportunity to establish in this vast space the test centre for the future models of the French brand. It is 1938, November 18 to be exact.

The test site is in fact a huge park that belongs to the Vieljeux family at the time. Its surface area is nearly 900 hectares and what immediately interested Citroën was the 11-kilometre perimeter wall that surrounds the entire estate. Ideal for the secret of what goes on behind…

In 1938, the TPV programme (the future 2CV) was in the process of being industrialised (above). The 2CV is practically ready, it will be for the 1939 show but the Second World War decides otherwise. The 2CVs were almost all destroyed… In 1938, therefore, the tests took place in the middle of truck tests. But also in the midst of farm animals, because the one located within the perimeter of the site (“la ferme de la Richardière“) is in operation! Below, the testimony on the life of the farm, more than 80 years later!

Moreover, we can write that the first test track of “la Ferté Vidame” is the inner courtyard of this farm where technicians and workers gather to look at – and under – the prototypes under test… But as soon as they leave, the huge doors of the farm are closed.

La Ferté then acquired many tracks, all with their own little names : there was the straight line called the Simonnerie line where the hydropneumatic suspension for the 15H Traction was tested, the one (a little less paved) called the Neuilly line and another much less driveable one, the Bourgneuf line. There was also the part called the “octagon” where the famous photo of the TPV tests was taken below!

During the war, Citroën hid some prototypes of this 2CV, protos that were only discovered in the 1970s and finally extracted from their “prison” in the winter of 1997/1998. And through the roof, because the three surviving 2CVs were walled up ! (below the video witness)

After the war, the works made it possible to improve the performance of the test site with, in the 1960s, the creation of the Bel Air circuit with very bad paving stones! A wind tunnel was even built at that time (below).

In the mid-1970s, when Citroën became a Lion, it was necessary to further increase the potential of this test site to accommodate many other models. Different periods (1985, 1992, 1996) saw La Ferté Vidame acquire the tools and tracks necessary for the development of cars that had become much more complex.

Before the year 2000, the site’s fast endurance track was extended to more than six kilometres in length.

But this site is not only the playground of the testers. Since 2004, it has been the one of designers. The style management is indeed looking at La Ferté Vidame because the site is protected and above all, it allows the test cars to evolve in their environment, outside, under normal driving conditions. Why not do the same with style models ?
This has been done with the renovation of the Pavillon de la Faisanderie (below), which now has a styling office and a small circular track on which it is possible to see the models outdoors, or even to drive them using a small motorization and a remote control.

It was there that we did a report on the Citroën Hypnos and the GT by Citroën in 2008, which was published in issue 1 of the magazine LIGNESauto. The site celebrated its 80th anniversary in November 2018. So, respect and greetings to all the people in the group and the consultants who work there on a daily basis! 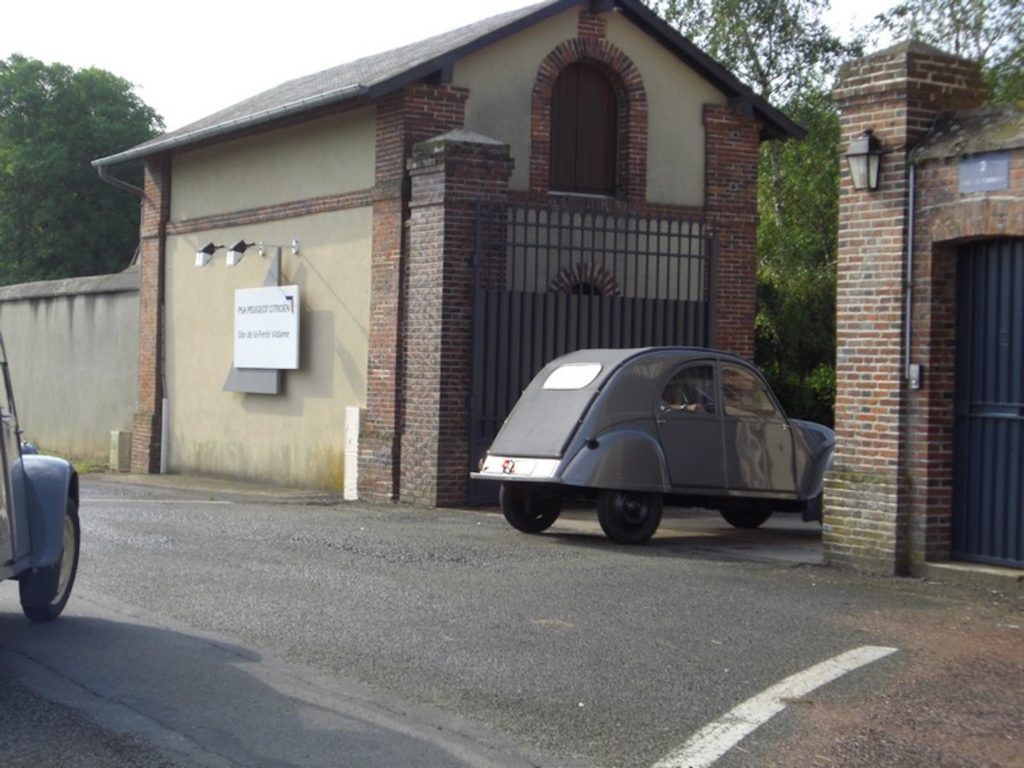