The Z27 project, the fourth concept car of the first daisy wanted by Renault’s design boss, Laurens van den Acker, was launched in July 2011. The theme of “work” was chosen and it is therefore a futuristic vision of what a small VU could then be, in order to replace Kangoo: the Frendzy. Since then, a second daisy has been created… But of descendant of the Kangoo, nothing. Nothing until April 23rd with the appearance of the Kangoo ZE show car, which prefigures the style of the next small utility vehicle (and future toy space) in the Renault range to be launched in 2020.

This newcomer, who breaks with the aesthetic codes of the current generation of Kangoo, was he inspired by the Frendzy concept car born nine years before its launch ?

So, YES or NO, as we sometimes hear, did the concept car feed the production vehicle? Answers in three photo pairs :

3/4 VIEW: the answer is YES:
the lights pushed beyond the door hinge augur well for good accessibility to the cargo space. The light guides of these same lights have been preserved. The shutter is sculpted in its lower part as on the concept. The wings are muscular, like on Frendzy.

3/4 AV VIEW: the answer is YES:
a positive answer if we only analyze the facial identity that was already well present on Frendzy. It is fully incorporated into the 2020 Kangoo, but for the rest, the flexibility of the concept car’s volumes has been made more aggressive because it is much more marked by edge lines on the production vehicle. 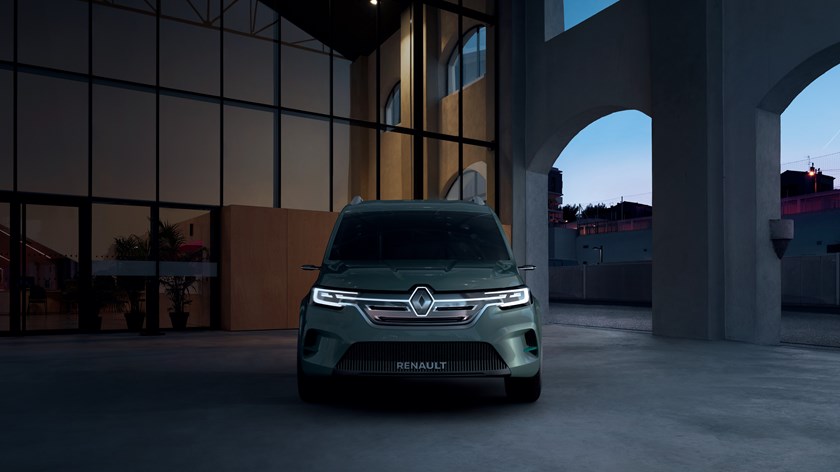