Presented at the Frankfurt Motor Show in 1997, the Mercedes A-Class – whose new generation (above) was introduced in 2018 – is now 22 years old. However, the idea of a small urban sedan, or even a superurban one, had been in the German manufacturer’s mind for many years. In 1981, Mercedes worked on its NAFA prototype, a very small cubic urban car only 2.50 m long (here, the Smart was already profiled…) and an equivalent width to the height, 1.50 m. Technically, NAFA was equipped with four steering wheels, two sliding doors and a front wheel transmission with an automatic transmission.

But it is of course with its “Vision A 93” concept of 1993 that Mercedes crossed the milestone of the preliminary project intended to lead to an industrial programme that would revolutionize the manufacturer’s offer, which stated in 1993: “The world needs new automotive ideas. Can the idea give birth to a real Mercedes-Benz?” Visitors to the show were invited to give their opinion, with a very positive assessment: nearly 80% of them were in favour of marketing a Mercedes-Benz inspired by the Vision A 93 project.

The concept was indeed followed by an innovative vehicle in 1997 with the presentation of the first generation of the A-Class with the setbacks it experienced during a very famous COTY test (Car Of The Year).

With its two-level architecture – a superior one for habitability, a inferior one for the mechanical part – the Mercedes was extremely compact, too compact, no doubt because a long version was later proposed that would later be transformed over the years into a “B-Class”.

NAFA, Vsion 93 and the first generation of Class A

The architecture of this first generation A-Class was totally challenged when it was renewed, because the small sedan could not share any of its elements with the rest of the range and this concept was no longer part of Mercedes’ development strategy with a drastic reduction in the number of platforms.

The first generation of Class with its specific architecture in 1997.

And then it was necessary to return to the competition’s playground with a sedan with a more classic architecture. The A-Class therefore evolved in 2012 (W176) with a low, slender and aggressive sedan. All the opposite of the 1997 W168. Mercedes explained that “the launch of the new A-Class in 2012 has made a significant contribution to the rejuvenation of the Mercedes-Benz brand. In Europe, the average age of drivers in the new Class A is now 10 years younger than that of drivers in the previous series. In China, about a third of the customers were under 30 years of age.”

This is the W176 that was introduced in 2018 (above and below) and is produced with no less than eight different silhouettes, knowing that the previous generation already offered five models: the A-Class, the B-Class, the CLA, the CLA Shooting Brake and the GLA. The newcomer is manufactured in five plants on three continents, notably at the Rastatt site, but also in plants in Hungary, Finland, Mexico and China. 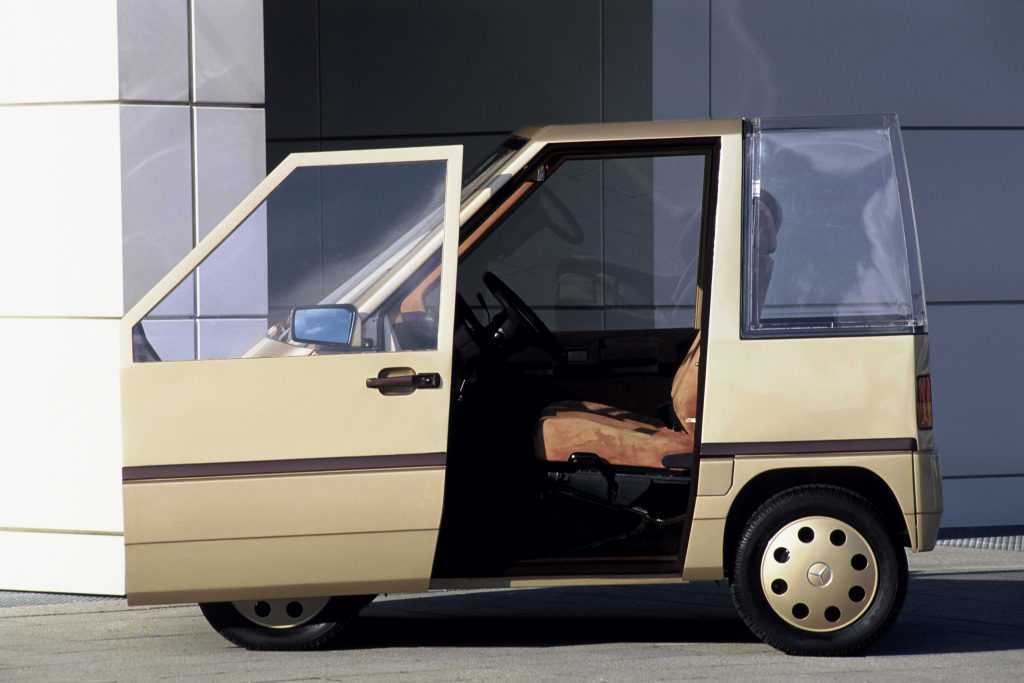