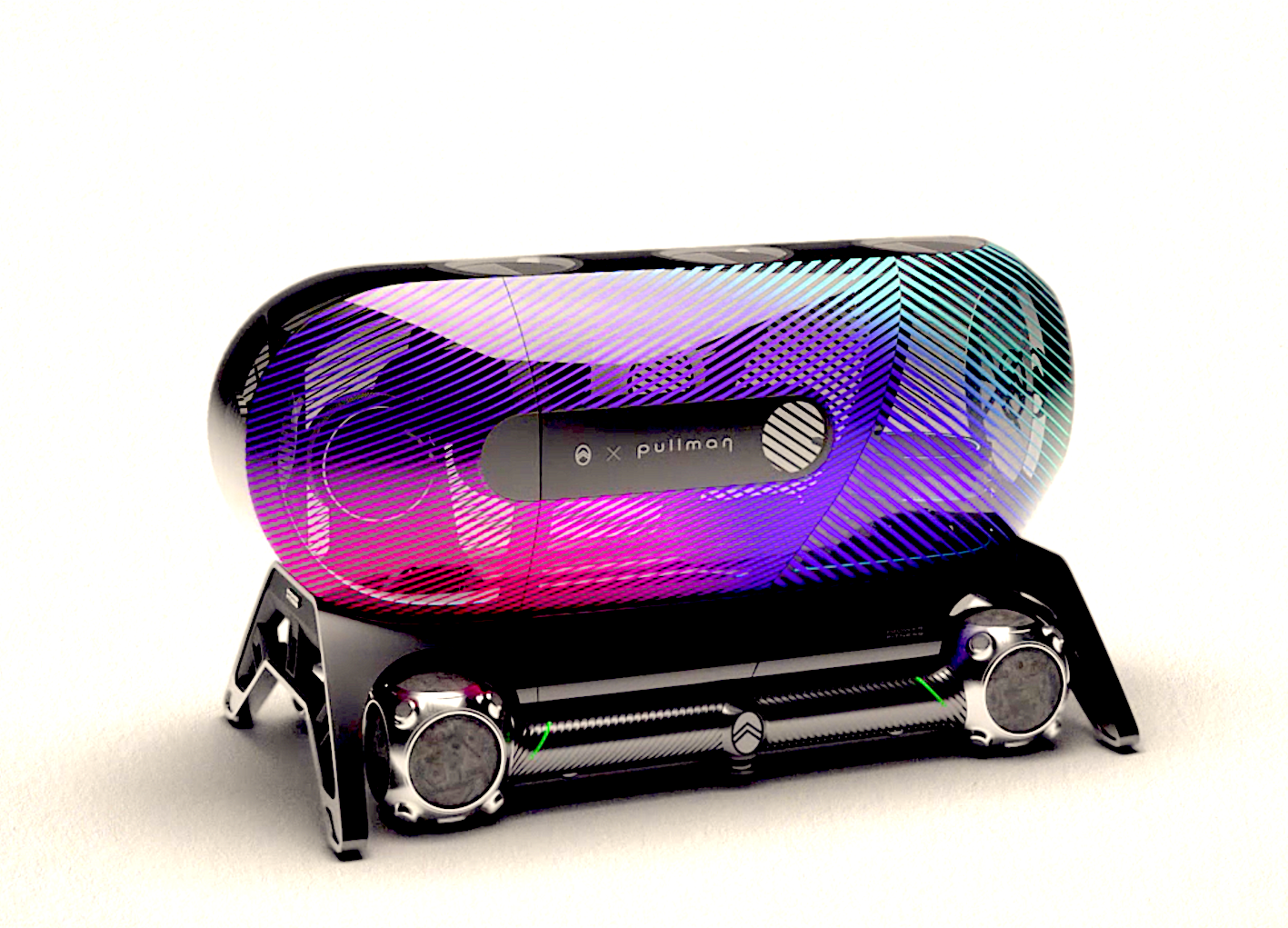 Put in the freezer for many weeks following the Covid pandemic, the Citroën concept “The Urban Collëctif”, developed in partnership with Accor and JCDecaux, was presented on Wednesday 29 September. An opportunity to discover it with Pierre Leclercq, Citroën’s design manager, and with our video. Pierre Leclercq takes the opportunity to explain to us that tomorrow’s urban mobility has an impact even on the choice of designers in his team!

The concept of “pods” on an electric base is not new in itself: Mercedes with the Urbanetic or Renault with the EZ-Pro have also approached it…
“We have taken the concept further. Here, we are not at all in the automobile world. You have to understand that from the moment you work with robots – the electric skateboard is totally autonomous – there is no reason for you to put a car body on it!”

UNSEEN VIDEO OF THE CONCEPT AND ITS COMPETITORS:

The strength of this concept is that you offer the technical base and the customer or user can adapt their own pod…
“The strength of the concept we have developed – an autonomous robot – is that it offers four open-source attachment points on this platform, which are jacks to anchor the cell. From this concept, you can imagine anything: a market gardener who has a wooden cell to fetch his vegetables from Rungis. The strong point is that Citroën provides all the technology in the skate and the customer can invest whatever he wants in his pod. The cell can be customised as desired. You can even imagine a small family installing their own pod on a train and a Citroën-skate will pick it up on arrival.

Is the platform equipped with Level 5 autonomous travel?
“Yes. The robots will eventually run almost 24 hours a day – excluding charging time – and that’s why we put all the autonomous technology into this platform. This technology is currently too expensive to be integrated into a private car where it will not be used 100%, unlike our “Skate”

If the “Skate Citroën” robots also work at night, can they transport goods?
“The robots will carry passengers during the day and why not parcels at night. Today in big cities and metropolises, buses are saturated from 7am to 10am and from 4pm to 7pm and they are not used at night. Our project is much more flexible, with the smallest possible footprint, which is different from the other projects you mentioned.”

Did your two partners Accor and JCDecaux design their own “pods”?
“This project, we really wanted to make it concrete. The idea is to design a technological “skate” and to offer it to different clients or private users. So we turned to these two private companies who came on board. The “pods” that we have designed by working with them over a long period of time are thus impregnated with their brand values and their style. We went looking for Accor, because they have very different hotel brands, and we thought of JCDecaux, which allows them to reinvent their business by having a bus shelter that comes towards you (below), instead of waiting for the bus. This allows JCDecaux to reinvent transport in Paris, for example, by making it more direct and more flexible.”

Your skateboard is relatively compact compared to the few projects of this type. Could you duplicate it for a small city car or on the contrary, for a more generous transport, from city to airport for example?
“Why not! We have demonstrated the flexibility of the overall concept here. The important thing to remember is that we don’t want to abandon individual mobility. It will not necessarily involve owning a vehicle, but rather renting one. At Citroën, we have reviewed everything. We started from the observation that in large cities, seeing cars bumper to bumper shows that there are ecosystems where they are not necessarily the best solution. The second observation is that cars are gradually being ejected from urban centres. Finally, autonomous technology is better suited to this type of concept than to the private car.”

Does this new orientation towards urban mobility, sometimes robotized, lead you to restructure your team and modify your hiring?
“There are two important things to know: it’s not because we’ve created this concept that we’re not going to design cars anymore! I firmly believe that tomorrow’s individual mobility and the automobile will be divided into two universes in the world of design. So it is indeed Citroën designers who have designed the “pods” in cooperation with Accor and JCDecaux. On the other hand, I have selected a particular designer profile. There are designers who are more oriented towards ‘product design’ where every square centimetre is important, constraints that a designer will not necessarily take into account when developing the next C4 for example. And we hire young designers with different profiles who are clearly not car designers. I have brought a young Indian and a young Dutchman into my team who are product designers. I expect them to bring a different vision to these two worlds…”

In fact, since your arrival, you have completely changed the Citroën design team?
“Almost all of it, yes…”