In the 1960s, we used to talk about design offices and car stylists. Today, hundreds of designers work in design centres. Faced with the stylist’s drawing, What is the designer’s purpose? The heyday of concept cars in the late 1960s was due to the mad skills of stylists who enhanced their ideas with bold drawings. Stylists, yes, but not yet designers. Let’s go back in time…

During the Italian Renaissance – from the Trecento to the Cinquecento – ‘design’ was practised as a learning exercise, as a means of study, as a tool to prepare for more ambitious pictorial projects. The term “designo” covers both the creative idea and the gesture that extends it. Faced with this ambiguity, the Italians invented the term “modelo” to describe a very elaborate drawing that also gave an indication of the value of the model.

In 1539, François Ier initialled the Ordinance of Villers-Cotterêts, which gave the French language primacy and exclusivity of use in documents relating to justice and in administrative acts, while the Francized designo was split into its two original meanings, to give the words “dessein” – sometimes written as “desseing” – translating the thought of the work to come; and “dessin” for the sketch…

These distinct definitions will henceforth appear in the treatises of the Academy, where drawing continues to contribute to the excellence of architecture, painting and sculpture. At the same time, however, there is a more technical field in which drawing serves scholarly purposes: botany, zoology, medicine, mechanics, anthropomorphism, etc. Leonardo da Vinci is the definitive, sublime and undisputed master.

In the automotive world, design has always been the basis of all creations. From the 1950s to the 1970s, stylists were considered to be the couturiers of the automobile. They dressed chassis or platforms in a dress that was often dazzling with modernity and audacity.

The 1970s saw the massive arrival of new computer-aided design tools. The “stylist” did not lose his sense of aesthetics, but he began to work in tandem with his modeler, then with increasingly powerful software. The profession underwent its first mutation. Today, his role no longer has much in common with that of the carrozzeria aesthetes of the late 1960s.

In 2018, the french designer Gilles Vidal explained the evolution of the “stylist” profession towards that of “designer”. “I am not saying that aesthetics is obsolete when I say that a designer is not a stylist, I am saying that it is only one brick in the device of the design discipline. Aesthetics works with visual codes that have meaning. It also appeals to the collective imagination. The designer is then a specialist in industrial aesthetics. He is someone who designs aesthetics on an industrial object, that’s all.”

“At the end of the 1960s, the big names were stylists who discussed with engineers, but who were content to draw lines and define extraordinary proportions. They dressed the object and managed its aesthetics. And it was the same in all areas of industrial design.”

If one is willing to make the effort to find THE definition of design in the world, one realises that it doesn’t really exist. “Officially, there are none that correspond to our profession,” confirms Gilles Vidal. “There are many philosophers in the world who define many disciplines, but few have tried their hand at design, apart from the rather brilliant Frenchman Stéphane Vial, who has written on the subject “For me, the most accurate definition of design is to ensure, through creativity, that in a given field, tomorrow is better than today. So it’s about improving the experience of living as a human being.”

In the automotive industry, aesthetics is therefore just one brick in the science of design. “Our scope of action is to intervene on a dynamic object that serves to move people and that must do so safely, in a changing environment… The purpose of our mission is to ensure that the experience that the customer will have with our products brings him a better moment in life. Improving the condition of everyone is what design is all about.”

So a designer is not a stylist who adds the notion of technique to that of aesthetics? “No, not even… Look at what is happening in fashion. We talk about stylists. However, in the clothing world, there are also people who design so-called technical clothing (at Décathlon for example, above) and then these people are designers, not stylists.”

Text by Yves Le Ray with the collaboration of Christophe Bonnaud 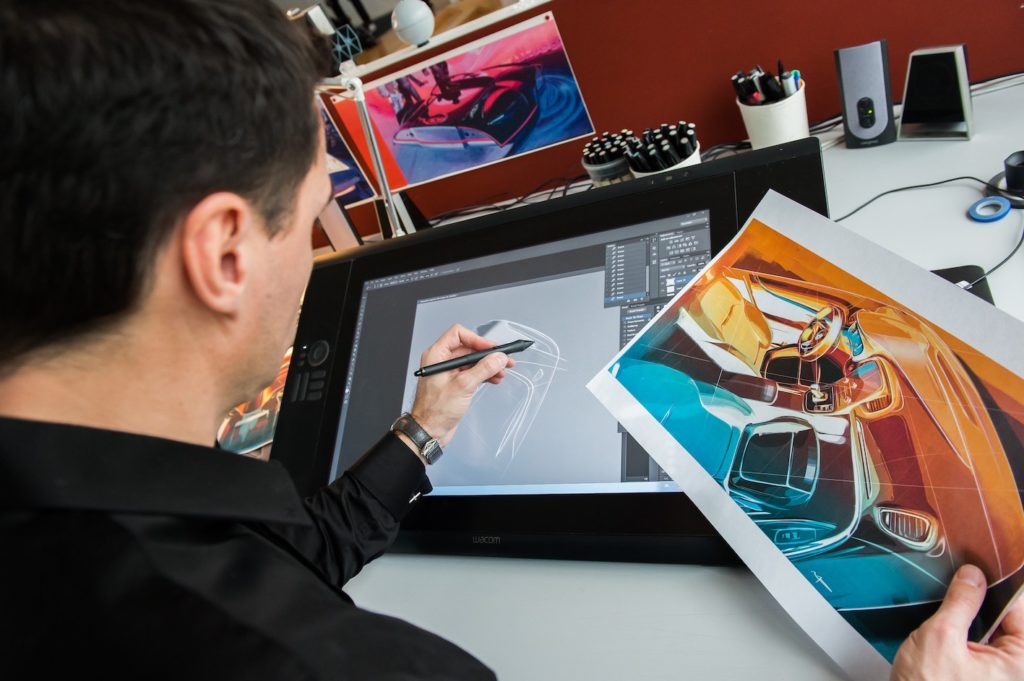