The new Opel Corsa detailed on this site is the distant descendant of a very small urban car that seduced the generation of new drivers in the early 1980s. At the time, Opel was the European branch of the all-powerful American General Motors, but it took Opel a long time to reach the segment of these city-dwellers who dared to make their way into the world of small cars.

While the Renault 5 appeared in 1972, at the same time as the Peugeot 104 (Europe’s smallest 5-door sedan), while the giant Ford decided in 1976 to switch to traction and conquer this market of modern city cars (http://lignesauto.fr/?p=11488), it was not until 1982 that Opel finally decided to take the plunge with its Corsa, type A. It still arrives before Gandini’s Renault Supercinq (1984) and before Gérard Welter’s Peugeot 205 (1983).

Aesthetically, it offers shapes collected over a measured length of 3.62 metres, only ten centimetres more than the Renault 5 designed by Michel Boué. The Corsa A is characterised above all by its wide and very assertive wheel arches and has an exceptionally low Cx of 0.36, a real record in the category at the time.

At Opel, designer Erhard Schnell is in charge of the Corsa program. Born in 1929, Erhard studied graphic design before starting his career as a designer at Opel. He is considered above all as the father of the Opel GT, it’s not nothing! (below, a video where he talks about this first baby !)

The Opel Corsa range is rapidly evolving, with a sporty version (we are at the time of the GTI madness…), the 100 hp Corsa GSi, and it also introduces a diesel. The range of two-door bodywork with tailgate or trunk in some markets was expanded in 1985 with the addition of the five-door silhouette. The Corsa A was built in 3.1 million units.

For her, since the end of 1982, GM has been building a brand new industrial showcase in Zaragoza, Spain. The industrial site is still the one that produces the brand new generation of Corsa, but since it is now part of the PSA Group’s industrial group, it also produces a Citroën model.

Here is a video that celebrated the 25th anniversary of the Spanish factory. With the little music going well:-)

… And a period advertisement on the theme of hand-sewn ! 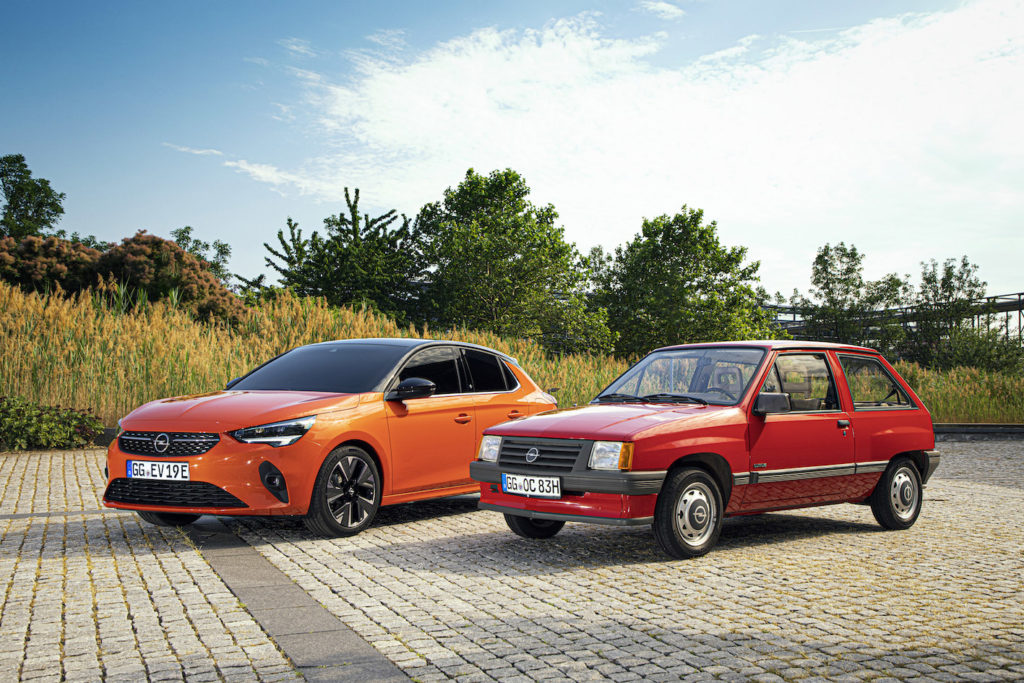