At a time when “Automobiles Pininfarina” is producing the first Battista supercar, it seems appropriate to return to the character of Battista and the Pininfarina company in a very French period: the beginning of the Italian firm’s collaboration with Peugeot. Extract from the quarterly LIGNES/auto#01

For many of us, the Pininfarina-Peugeot marriage gave birth to our first child in 1955, with the 403. However, from 1927-1928, Battista Pinin Farina (in two words until 1961), who was only thirty years old, worked for Peugeot, as he recounts in his book ‘Né avec l’automobile’. “For some time now we have been mass-producing the small Peugeot “Quadrillettes” cars.

“We had made agreements with Isotta Fraschini, who represented the French company in Italy, and then I went to Sochaux to visit the Peugeots, who were also known as a tool and bicycle manufacturer. The family was divided into several branches, one of which produced phonographs. Armand Peugeot was the manufacturer who sold the first two cars in the world, to a man from Lyon and a Swede: the speed of these vehicles reached 21 km/h. This was in 1890. (…) In six or seven years, several thousand Quadrillettes that we dressed up with various bodies to Italy had been sold. On behalf of our company, I had made an agreement with Robert Peugeot, who was Armand’s successor at the head of the establishments.”

“He reminded me a little of Agnelli because of his leadership qualities and his perseverance in action. (…) In Sochaux, more than five hundred Italians worked for Peugeot and, together with the Polish, formed the largest foreign colony. (…) The Peugeot industry was vigorous and peasant: I noted that, in their free time, the workers transformed themselves into winegrowers and peasants around their little houses, as is the case here in the Biella region, with the textile workers. The harmony between the factories and the fields was a good sign of natural balance. Robert Peugeot confirmed this to me when he said, in a conversation about the secrets of a company’s success, that tradition and respect for origins also have their role to play.”

“Nearly three decades later, the great history between the Italian coachbuilder and the Peugeot company was to take shape. “The year 1951 was also the year of Peugeot. (…) I had met Mr Robert, the big boss who, at board meetings, let the others speak without ever interrupting them, then took decisions with a great economy of words! At that time, it was Jean-Pierre Peugeot who was in charge of the company in full recovery after the war had inflicted so much abuse on it. (…) With him, we were already thinking of a model to succeed the 203. It was the 403 which took over the lines of the 203 by widening them and whose design was more square. Peugeot excluded any boldness, but aspired to a classic style which was not anachronistic: it was on the contrary a way to make something new in the structures not on the surface.”

“Our first 403s came out in 1953. I worked on this type in several versions until 1957, when I had to find a place in our assembly lines for the future  coupé and convertible. Then it was the 404 and 204’s turn. With Peugeot, we now form a proven tandem. I remember the beginnings of our work together. The policy of collaboration at European level that Peugeot wanted to develop was at the forefront at a time when isolation and incomprehension were still ingrained in people’s minds. The fact that we were able to courageously anticipate the realities and objectives of the European Common Market confirms the rightness of the choices made, which is the first secret of the deserved success of the French company.”

Peugeot and Pininfarina were linked until the 2000s, when the PSA Group decided to do without any design collaboration in exterior and industrial subcontracting. Battista Pininfarina died on 3 April 1966 in Lausanne at the age of 73.

The memory book
This book is soberly titled “Pininfarina – Born with the automobile”. Poignant, it tells the life of the creator of the eponymous carrozzeria. Born in 1893 in Turin, died in April 1966, Battista Pininfarina will not have had time to discover this book, which your library should welcome, if it hasn’t already.  To be found on the net. Editions Automobilia, memoirs collected by Ernesto Caballo. ISBN: 88-7960-051-6. 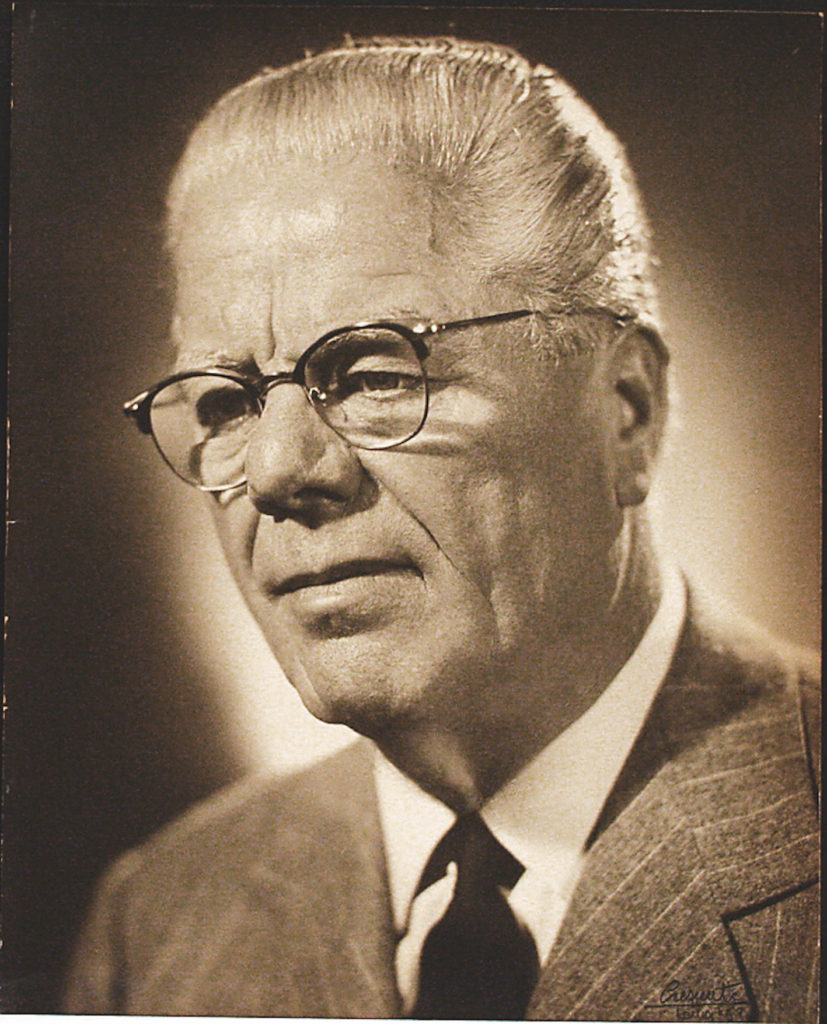