It’s strange this madness that affects the automotive world : hurrying to electrify all the models while big bosses (like in France, Carlos Tavares, at PSA) would like more pragmatism and reflections… Nevertheless, it is obviously necessary to develop the automobile. But the space-time counted for the good of the planet (!) versus the space-time available to automotive groups to change their industrial strategy, seems incompatible.

All electric ? The major groups have embarked on this process by funding investments in the billions, as the Opinion points out when it mentions Volkswagen : “the group plans to launch around 70 new electric models by 2028. A first tranche of €30 billion of investments is planned.”

And don’t forget to add the sentence that kills: “7,000 more jobs will be cut.” This summarizes the situation : car manufacturers are plunging into the unknown by feeling obliged to produce all-electric power while knowing the risky operation. Because the return on these huge investments will necessarily be slow. But if a single manufacturer does not attempt this leap into the unknown, he takes the risk of dying. To die today, or to die tomorrow ? Because very concretely, to speak only of the production of combustion engines (much more voracious in terms of wage energy than that of electric motors), we are entitled to wonder what will become of all the factories that produce them ?

Let’s stop kicking in open doors, and instead take a look at this 2030/2050 car as seen by young independent designers or interns. And let’s forget the numbers, the technology (they’re all electric anyway…) to see that if you don’t like cabins, big wheels or the absence of a steering wheel, you need to take a headache medication, immediately !

Let’s start with a project whose objective is to restore your enthusiasm for motor racing. Or at least towards sports equipment that blends into an ecological environment.

The spirit is a bit like the spirit of the horse-drawn chariots of the gladiator era ! This mixture between two totally incompatible eras on paper is amusing. It gives birth to a single-seater project whose driving position is evolving according to the “attack” of the pilot on his competitor !

This pilot wears a suit with a fin (below) to improve aerodynamics when lying down. To drive, there is no steering wheel but two joysticks on either side of the cockpit, sinking into the reins of a horse, while the feet are positioned in embossed positions in the floor, like stirrups.

The driving position is inspired by that of bobsleigh. The author of this design is Dong Yi who studies at the German school in Pforzheim.

This is a coupe designed for movie stars who have to go to Oscar award ceremonies or musicians’ ceremonies at their concert hall !

Let’s plunge into a new luxury, with this Mercedes Luxury which has in its small chests, a space dedicated to a violin…

This project stands out for its surprising interior design with the disappearance of the conventional “seats – dashboard” architecture replaced by a sofa-like organization with the entire man-machine interface located in the centre of the cabin.

A central ball diffuses the information, while a lower tray provides a control interface. The perimeter of the passenger compartment is composed of surfaces where information is also displayed.

This is the successor to the Renault Scénic, with a sporty touch. This Artyom Trofimenko project combines both the spirit of Renault’s compact MPV and the Renault 2025 F1 concept ! It was designed for a sports couple, married with a child. Is it right for you ?

It is of course an autonomous, electric car, but is it necessary to specify it. In this regard, I am not sure how designers will proceed when engineers, architects and approval authorities impose cumbersome hydrogen fuel cells on them. In short, that’s another story….

Trofimenko’s futuristic concept, in addition to its 100 % electric architecture, is characterized by two strong themes. The first is a rather complex door opening kinematics (because there are still doors to access your car of the future…) that is visualized in the video above.

The second theme is more about conviviality with the presence of a small… fireplace in the centre of the passenger compartment ! It shows that the car of tomorrow knows how to be warm… The Citroën C6 Lignage concept car of the last millennium (it was in 1999) designed by Marc Pinson had imported a Bonsai on board. So a fireplace, why not ?

What we can also learn from this project is the intelligence of its technical design, a field not always mastered by designers, who are obviously more graphic designers than technicians ! (below)

Dennis Cheng designed this vehicle for the generation born in the 1990s. His Family Concept is destined for a relatively near future : 2030.

For Cheng, this generation is curious, fanatical about taking pictures, even video enthusiast. It is also a united family with a pet. Do you recognize yourself ?

So, for all the daily activities, Dennis Cheng’s project offers a solution, whether to take children to school, allow them to draw on board, install them safely or keep them busy watching a movie…. on the car windows…

The car (or rather, the shuttle…) is modular with an extensible rear part. The doors are like those of a metro, automatic and very wide opening. The pavilion is equipped with a screen capable of transmitting information visible from the buildings (!) and autonomous driving is total. In addition, this project “communicates” with its environment by projecting messages onto the asphalt around it. A known theme.

In short, it is indeed an autonomous “shuttle” as many manufacturers now offer in their studies, but this one offers a fresh, friendly and colorful design, far from the recently discovered steel grey and soulless shuttles.

AND ON BONUS…. THE PLANE AND THE BUS !

Since most designers are in love with aeronautics (let’s just mention Romain Gauvin with his 19_19 at Citroën or Laurent Negroni at Renault), here is another project by Dennis Cheng, still on the Behance website : https://www.behance.net/gallery/80516749/Aircraft-ConceptAIR-05

… And the bus is faithful to the aesthetic and architectural themes of Japan. It’s right here : https://www.behance.net/gallery/70895689/Shinto-Bus_Sharing-Bus-Concept-2020

There you go. It remains for me to wish you a good trip aboard all these nice proposals to drive (or fly) towards a horizon where the unknown remains the master of the game ! 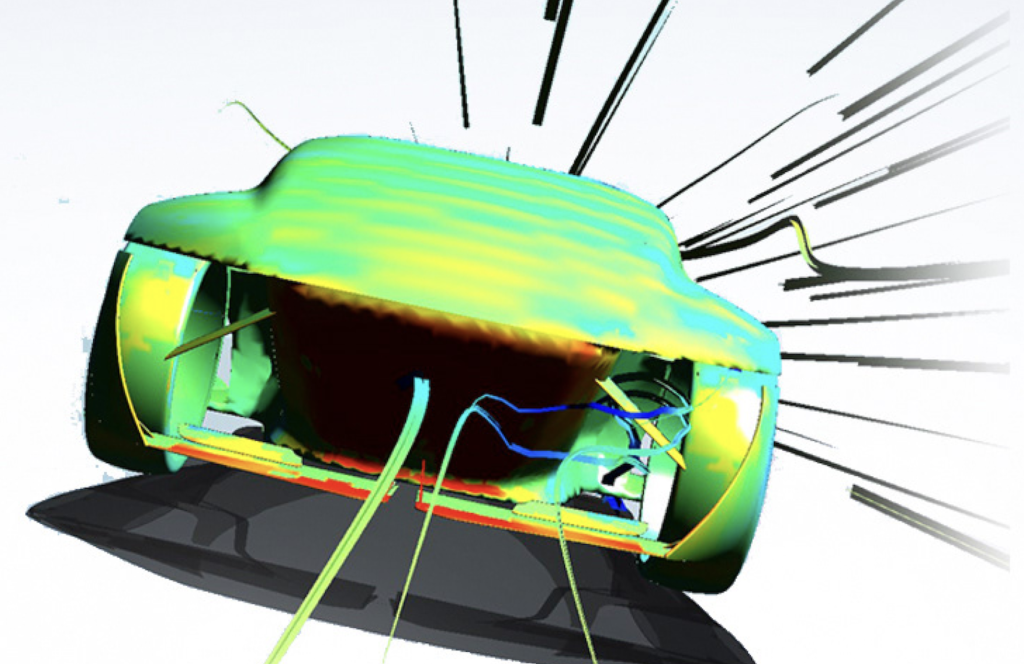